The U.S. ambassador to the United Nations broke ranks with the rest of the Biden administration on Thursday to declare Russia guilty of war crimes in Ukraine.

Linda Thomas-Greenfield said the U.S. was working with partners to gather evidence of wrongdoing.

‘They constitute war crimes,’ she told the BBC, a day after Russia was accused of bombing a maternity hospital in the besieged city of Mariupol.

‘They are attacks on civilians that cannot be justified by any in any way whatsoever.

‘I still see images of a woman being rolled out of a hospital, pregnant, bleeding, people screaming, children crying

‘It is just unconscionable.’

Her comments go further than other senior figures, who have demanded an investigation but stopped short of labeling the attack as ‘war crimes.’

The State Department and White House on Thursday both said they were supporting efforts to document abuses. 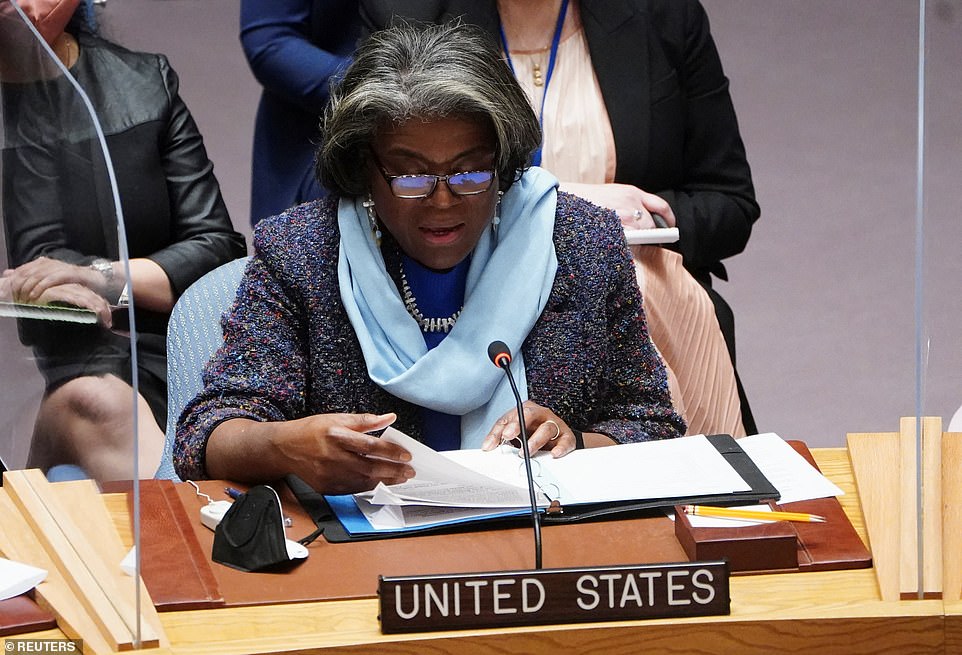 The U.S. ambassador to the United Nations Linda Thomas-Greenfield accused Russia of war crimes in…