A thrill-seeking British student has allegedly made it to Ukraine after having previously having to be evacuated from Kabul after he went there on holiday as Afghanistan fell in August.

Miles Routledge, 21, from Birmingham, says he began his trip to the war-torn country on Friday, February 25, less than a day after Russian forces invaded for a reported fare of £6 ($8) to get to Kyiv from his base in Poland.

The former Loughborough University physics student tweeted: ‘It’s official. Tintin goes to Ukraine, he’s on the train’ and has since been tweeting about his alleged journey.

The youngster said that despite the danger involved with his latest exploits, Ukraine is still ‘safer than London or Birmingham’ and added that he was qualified to make the comparison because he was born in Birmingham. 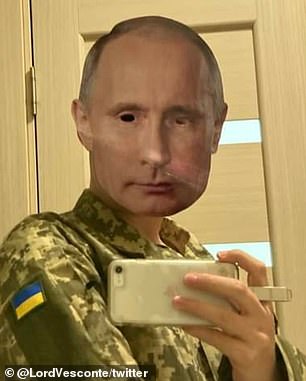 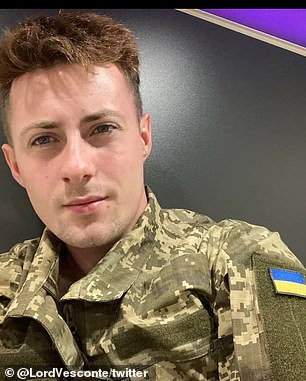 Miles Routledge, 21, has claimed to have made it to Ukraine after the Russian invasion this week and was gifted a Ukrainian army uniform and that he shouted at Russians wearing a…