Australia’s east coast is set to cop wild weather on Wednesday as severe storms batter the region at the same time as a crippling summer heatwave.

A monsoon low is travelling east across central Australia and forecast to bring heavy rain and potential flooding to south-east Queensland and northern NSW.

The weather system has already hammered the Kimberley region of Western Australia, with the heavy rain flooding roads in Broome and cutting off access to remote parts of the Northern Territory and South Australia.

Queenslanders are also battling through unseasonably warm weather and storms that have left more than 27,000 homes without power. 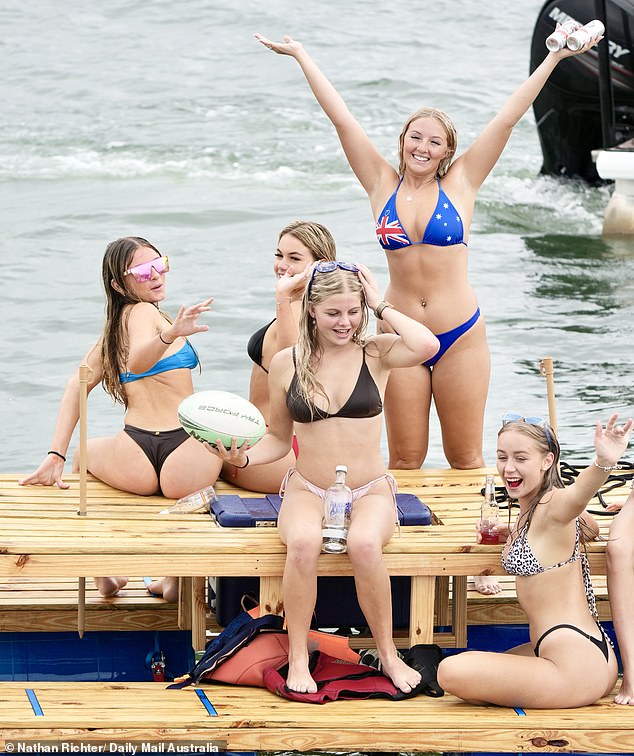 Temperatures of up to 36C are expected in Brisbane and the Gold Coast on Wednesday. Pictured are Australia Day revellers on the Gold Coast

More than 100,000 lightning strikes hit south-east Queensland on Tuesday as a tornado tore roofs off homes in Logan in Brisbane’s south.

There were more than 3,600 outages in the Logan suburb of Woodridge…