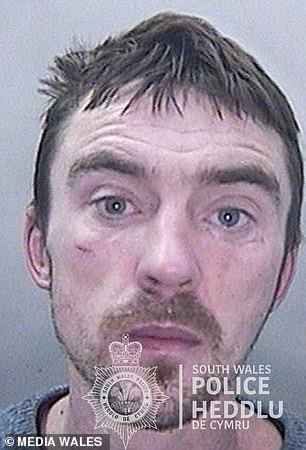 Pictured: burglar Samuel Mulligan broke into Las Iguanas in Cardiff but staff found him sleeping in the morning. Mulligan has been jailed for 12 months