A man who spent 23 years in a Georgia prison for a murder he did not commit was freed on Monday, over a decade after DNA tied a convicted killer to the crime.

Devonia Inman, 43, was greeted by his mother and stepfather, Dinah and David Ray, as he left Augusta State Medical Prison.

Inman was 20 when he was arrested for the 1998 killing of Donna Brown, a night manager at Taco Bell in Adel, Georgia.

Brown, a 40-year-old mother to a seven-year-old son, was leaving for the night with a bag containing $1,732 in cash.

A gunman shot her in the face, stole her car and drove off with the bag of money. 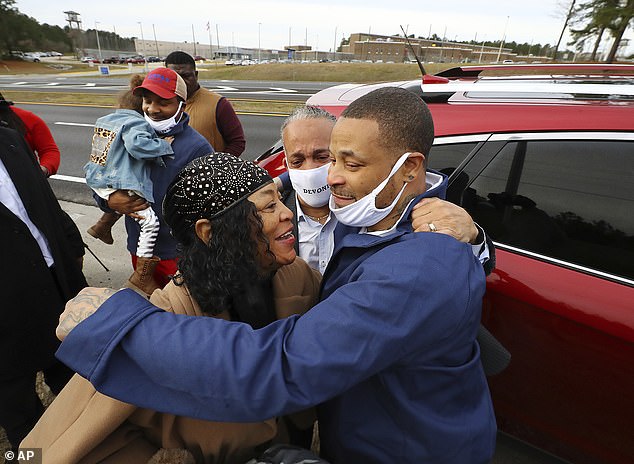 Devonia Inman is seen embracing his mother Dinah Ray and stepfather David Ray on Monday, after he was released from Augusta State Medical Prison 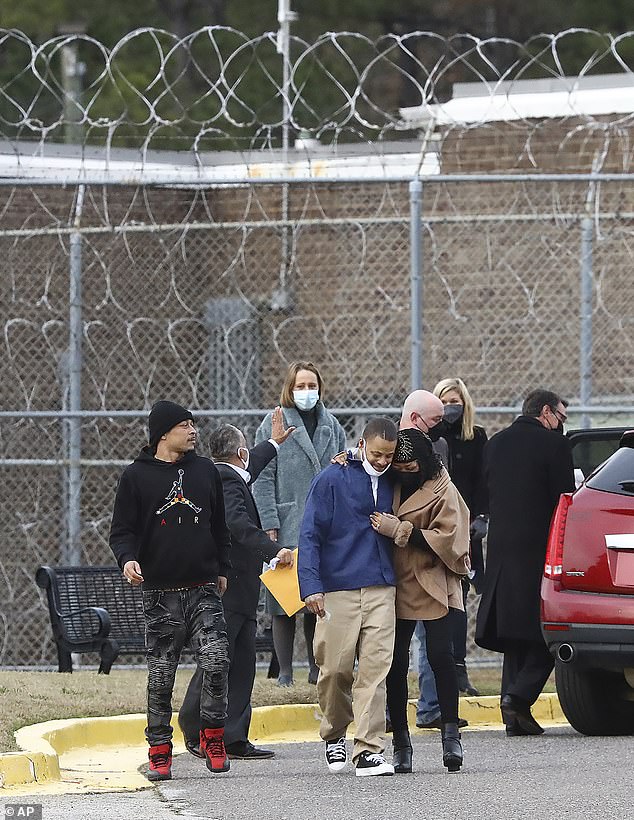 Inman, who had moved from California only a few months before to live with relatives, having fallen in with a…