New head of charity watchdog is forced to resign before even starting the job: Pal of Boris Johnson left previous post after bullying claims… but WAS cleared for sending a raunchy photo to a female junior

By David Wilkes for the Daily Mail

The new head of the charity watchdog dramatically quit yesterday before even taking up his post.

Martin Thomas, 58, a friend of Boris Johnson, stepped down from his new job after it emerged he had resigned from a previous post after being found guilty of ‘inappropriate’ conduct.

It came after questions were raised about his appointment at the Charity Commission in the wake of a probe into alleged bullying earlier this year, when he was chairman of Women for Women International UK.

He faced three formal misconduct complaints at the charity, which helps women in warzones rebuild their lives, in five years.

In one incident, Mr Thomas sent a junior female employee a picture on WhatsApp of himself taken in a Victoria’s Secret lingerie store. He said he had intended to send it to the charity’s chief executive. 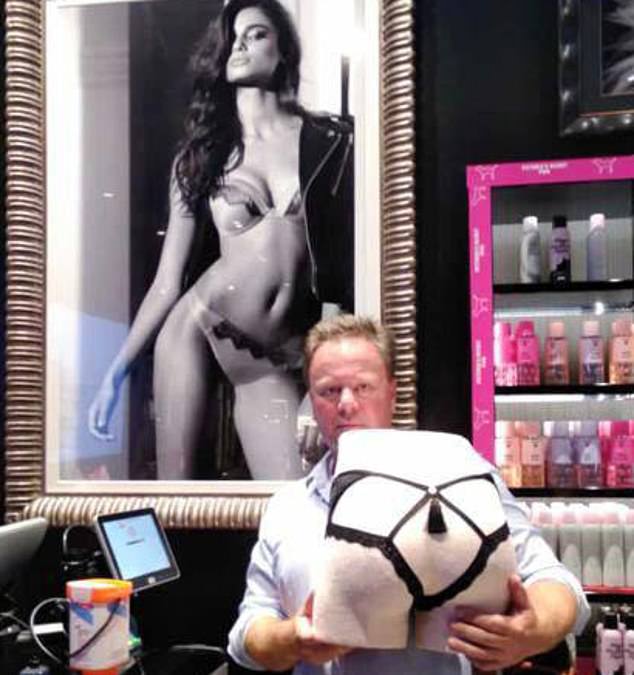 The photo shows him holding a mannequin in a black thong, while standing beside a poster of a model in underwear and a leather jacket. He was cleared over that incident after an investigation.

The third complaint was lodged in March about an aggressive way in which he dealt with an employee during a telephone call.

Women for Women said: ‘The investigation concluded that the chair’s actions were not deliberate bullying but that the complaint was partly upheld insofar as aspects of the chair’s conduct were judged to have been inappropriate.’ The charity filed a ‘serious incident report’ on the case, identifying its chairman as the subject of the allegations, to the Charity Commission.

No one from Culture Secretary Nadine Dorries’ department contacted Women for Women for a reference, The Times reported.

MPs on the Comons culture committee, who approved Mr Thomas’s appointment, were unaware of the history of disciplinary issues. It prompts questions over what due diligence was performed and whether Mr Thomas’s links with the Prime Minister influenced the appointment process. 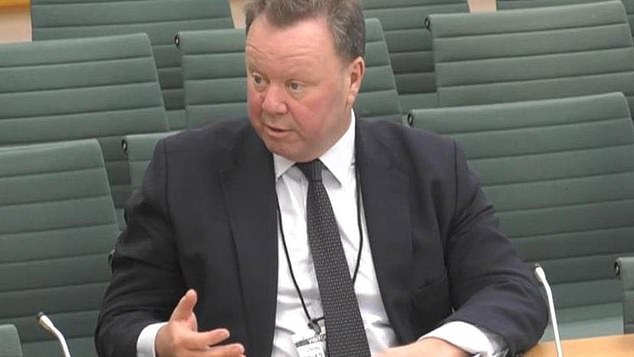 Mr Thomas, 58, a friend of Boris Johnson, stepped down from his new job after it emerged he had resigned from a previous post after being found guilty of ‘inappropriate’ conduct

Mr Thomas was only confirmed as chairman of the Charity Commission last week by Mrs Dorries, who said he would bring ‘a wealth of experience’. He was due to begin work on December 27. It is a two-and-a-half days a week post with a £62,500-a-year salary.

Last night Mr Thomas said in a statement he had stepped aside from the role as chairman of the Charity Commission over ‘an error of judgment on a technical omission during the application process’. He added: ‘I have never deliberately set out to offend anyone.’ Mr Thomas was the subject of formal complaints in 2018, 2019 and 2021 while chairing Women for Women.

The Victoria’s Secret photo was taken in 2018 at a time when the charity was debating whether to accept a donation from the lingerie brand. In his statement last night, Mr Thomas said: ‘I was not sure whether a company that advertised using sexual content should be partnered with a charity which helped women escape sexual violence.

‘I was in an airport at the time of this discussion and took a photo of an item for sale in a Victoria’s Secret store which I felt was appropriate to illustrate my point.

‘Instead of sending it to the charity CEO who was in agreement with me, I sent it in error to another colleague. I apologised immediately and my apology was accepted. The charity went on to decline the donation and I felt justified in the stance I took.’

A Department for Digital, Culture, Media and Sport spokesman said: ‘Martin has acknowledged his error of judgment during the application process and we acknowledge that he entered the process in good faith, without looking to mislead.’