By Glen Keogh For The Daily Mail

Elderly military veterans were last night braced for a fresh criminal inquiry into claims soldiers and police officers ‘tortured’ 14 IRA suspects at the height of the Troubles.

Supreme Court judges ruled yesterday that police in Northern Ireland were wrong to shelve a probe into allegations that a group who became known as the ‘hooded men’ were subjected to Government-approved ‘deep interrogation’ techniques.

The 14 suspects were arrested in 1971 and held for a week in a secret Army base where they were allegedly placed in stress positions, forced to listen to white noise and deprived of food and water. While hooded, they were also said to have been thrown from helicopters close to the ground, having been told they were hundreds of feet in the air. 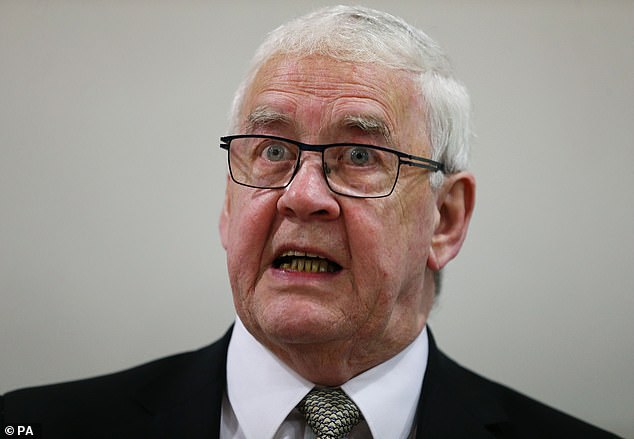 One of the hooded men, Francis McGuigan, 73, (pictured) said: ‘I am thoroughly delighted, even though it has taken 50 years to get to where we are today’

In a blow to the Army, judges in Britain’s highest court said a decision by the Police Service of Northern Ireland (PSNI) in 2014 not to investigate was based on a ‘seriously flawed report’ and ‘irrational.’ The case was being re-examined after a documentary shown by Irish broadcaster RTE that year referred to a note written by then-home secretary Merlyn Rees to prime minister James Callaghan in 1977.

In it, Mr Rees said ‘the decision to use methods of torture in Northern Ireland in 1971/72 was taken by ministers’, adding that then-defence secretary Lord Carrington had sanctioned the use of the interrogation techniques.

The memo, discovered in the National Archives, added that the ‘political decision’ meant individual soldiers or police officers should not be prosecuted. But a police officer who reinvestigated the allegations dismissed the description of ‘torture’ as being incorrectly uttered by Mr Rees.

In his ruling, Lord Hodge criticised the officer for failing even to watch the RTE documentary, adding: ‘Such a lack of professionalism and impartiality discredited the work done.’

Darragh Mackin, a solicitor for the majority of the hooded men, described the result as a ‘landmark victory’.

Five of the 14 men have died. None was convicted of any offences at the time. A spokesman for the PSNI said the force would ‘take some time to study’ the judgment and ‘will carefully consider its implications for future legacy investigations’. 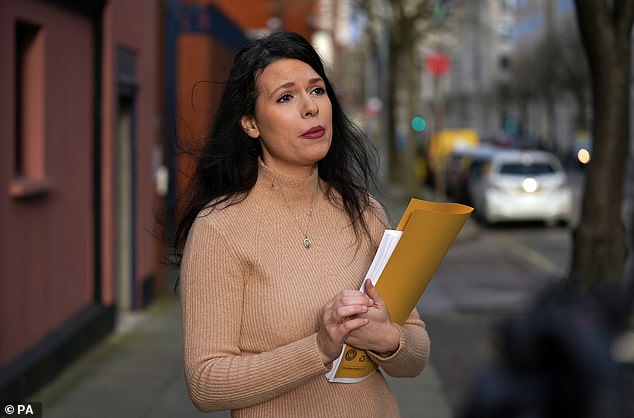 The Government is looking to introduce a statute of limitations on all Troubles-era prosecutions and civil cases. Grainne Teggart (pictured), from Amnesty International, said ministers should abandon the plans

However, the ruling paves the way for any living soldiers or police officers involved in the interrogations in 1971 to face prosecution. Mr Mackin also called on Government ministers from the time to face justice, but those named in yesterday’s ruling are all dead.

One of the hooded men, Francis McGuigan, 73, said: ‘I am thoroughly delighted, even though it has taken 50 years to get to where we are today.’

The Government is looking to introduce a statute of limitations on all Troubles-era prosecutions and civil cases. Grainne Teggart, from Amnesty International, said ministers should abandon the plans, adding: ‘We would urge the UK Government to pay heed to the ruling today and to reverse course.’

A Government spokesman said the statute of limitations proposals would not ‘prohibit investigations’, adding that it would ‘establish a new independent body to conduct investigations into Troubles-related deaths and cases of very serious injury, for the purposes of information recovery’.