Cheney and Kinzinger are the only Republican members of the House’s select committee on the January 6, which this week had the House of Representatives vote to hold Trump’s former White House Chief of Staff Mark Meadows in contempt.

As part of the proceedings Tuesday, Cheney ran the House floor debate for the committee, meaning she also provided rebuttals when her Republican peers argued against referring Meadows’ case to the Department of Justice. 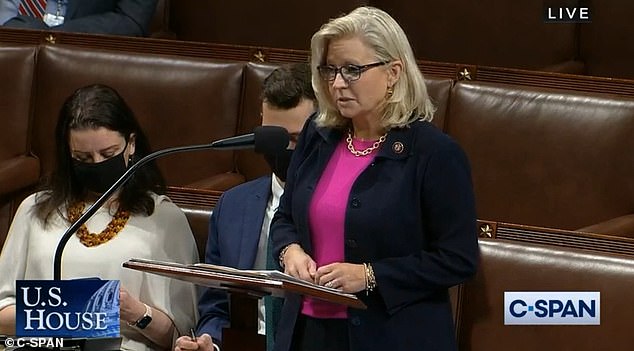 Fifty-nine of former President Donald Trump’s allies want Rep. Liz Cheney ousted from the House GOP for being members of the January 6 select committee. On Tuesday, Cheney led the floor debate to have former Chief of Staff Mark Meadows held in contempt of Congress 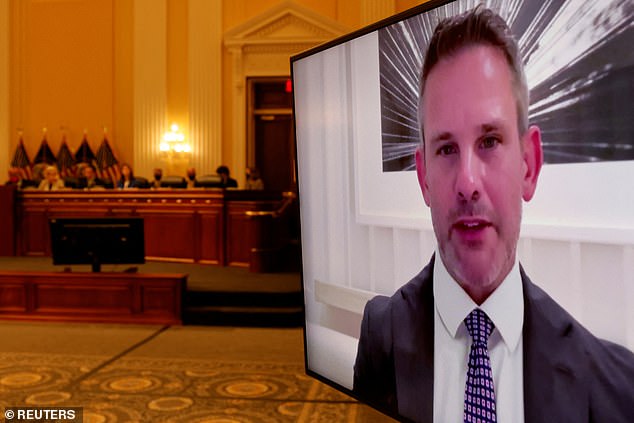 They also want Rep. Adam Kinzinger, the other Republican on the committee, removed from the GOP. Kinzinger speaks remotely Monday as the January 6 committee decides to hold Meadows in contempt of Congress 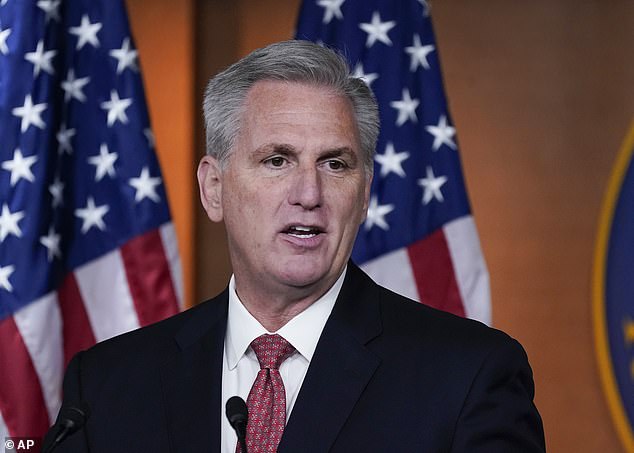 The letter was addressed to McCarthy, who earlier this year permitted a vote to oust Cheney out of her No. 3 leadership position in the House GOP after she became actively critical of Trump

Ultimately the measure passed, with every Republican voting against it, except Cheney and Kinzinger.

The letter appeared on the Conservative Action Project’s website Wednesday.

The signees argued that Cheney and Kinzinger should be kicked out of the Republican conference ‘due to their egregious actions’ as part of the House’s January 6 committee.

The conservatives complained that there was ‘no formal representation’ from Republicans on the January 6 committee.

McCarthy had chosen five Republican House members to serve on the January 6 committee, including top Trump ally, Rep. Jim Jordan, and Rep. Jim Banks, who like Jordan had voted against the certification of President Joe Biden’s election.

House Speaker Nancy Pelosi rejected these choices for that reason, but said McCarthy’s other picks – Reps. Rodney Davis of Illinois, Kelly Armstrong of North Dakota and Troy Nehls of Texas – could serve.

McCarthy pulled the other three Republicans anyway, leaving just Cheney and Kinzinger on the committee, who have been vocally anti-Trump.

‘As part of Pelosi’s team, Reps. Cheney and Kinzinger have deliberately sought to undermine the privacy and due process of their fellow Republicans, and those of private citizens, with improperly issued subpoenas and other investigatory tactics designed not to pursue any valid legislative end, but merely to exploit for the sake of political harassment and demagoguery,’ the letter alleges.

The letter continued that Cheney and Kinzinger’s existence on the committee gives ‘supposedly bipartisan justification to an overtly partisan political persecution.’ 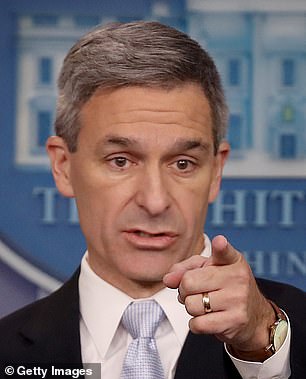 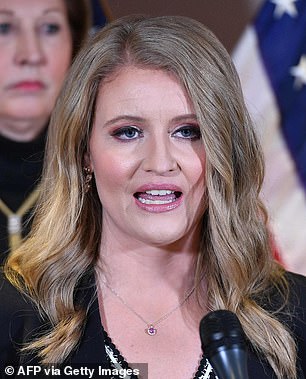 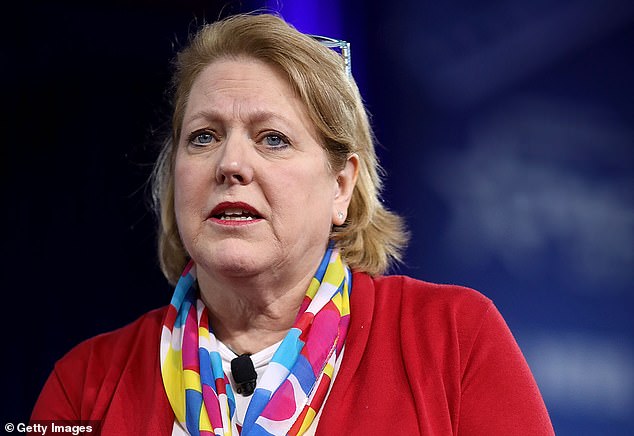 Ginni Thomas, the wife of Supreme Court Justice Clarence Thomas, also signed the letter to oust Kinzinger and Cheney from the House GOP

‘As duly elected representatives, Reps. Cheney and Kinzinger are free to serve in the House, but they should no longer do so with the privileges granted to members of the House Republican Conference. They should no longer be given access to the benefits of a conference they actively seek to undermine,’ the letter argued.

‘We ask that the GOP conference meet immediately to vote on stripping Reps. Cheney and Kinzinger from their membership in the GOP conference,’ it said. ‘We further inform you that conservative leaders are launching a nationwide movement to add citizens’ voices to this effort.’

Additionally, Matt Schlapp, the head of the American Conservative Union, which produced the annual Conservative Political Action Conference, signed on.

McCarthy allowed a vote earlier this year to strip Cheney of her No. 3 leadership position in the House GOP, once she became vocally anti-Trump, speaking out against his role in the January 6 insurrection.