Hawaiian Airlines planes are officially back in the sky after being grounded for nearly two years in Australia due to the Covid-19 pandemic.

The first flight from Sydney arrived at the popular holiday island on Thursday morning and Channel Nine’s The Today’s Show US correspondent Alison Piotrowski was at Honolulu Airport to mark the occasion.

Sporting a lei around her neck, Ms Piotrowksi confirmed to host Lara Vella excitement was at fever pitch. 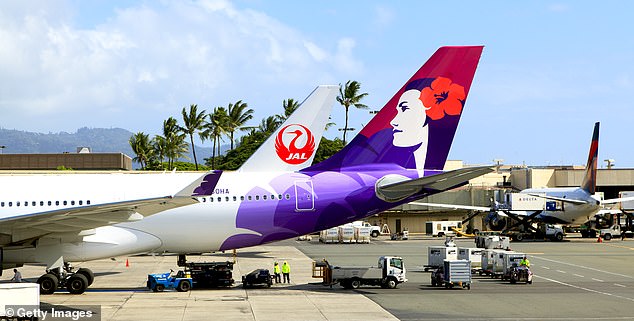 After being grounded for nearly two years in Australia due to the Covid-19 pandemic, Hawaiian Airlines (pictured) are officially back in the sky 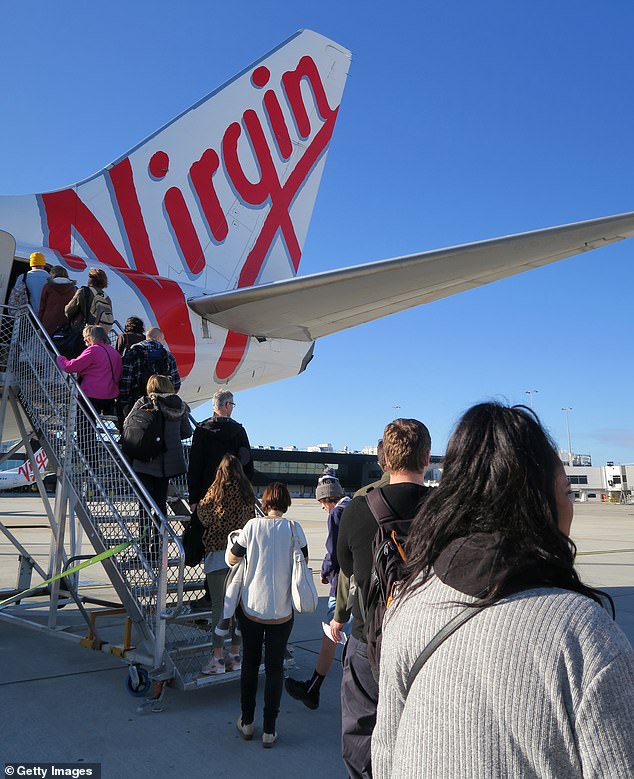 Virgin Australia is also poised to resume its international flights, with the airline’s inaugural service to Fiji from Sydney on Thursday morning (pictured, passengers preparing to board a recent domestic flight) 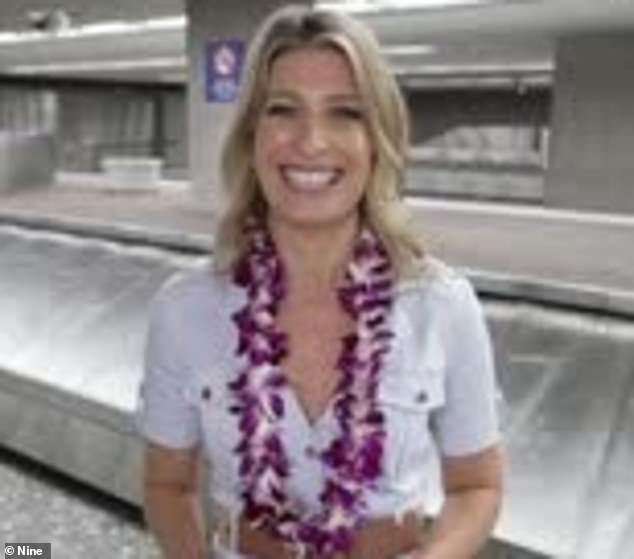 ‘Hawaiian Airlines flight 452 is due to touch down soon,’ she told viewers.

‘It will be the first plane full of Aussies to arrive here in Hawaii for the first time in nearly two years.

‘Hawaii had some of the most strict restrictions during Covid out of all of the United States.

‘They really battened down the hatches to protect the local small island population and the vulnerable health system here, but things are getting back to normal.’

Ms Piotrowski then added that Hawaiians ‘love’ entertaining Aussies, they miss our accents and can’t wait for us to be on their beaches once again.’

Later on Thursday, Virgin Australia will also resume its international flights, with the airline’s inaugural service to Fiji from Sydney.

CEO Jayne Hrdlicka has called on the services of Fijian-Australian and 2022 Eurovision contestant Paulini Curuenavuli, with the singer to perform ‘Like A Virgin’ as well as a traditional Fijian song for those preparing to board from Gate 55. 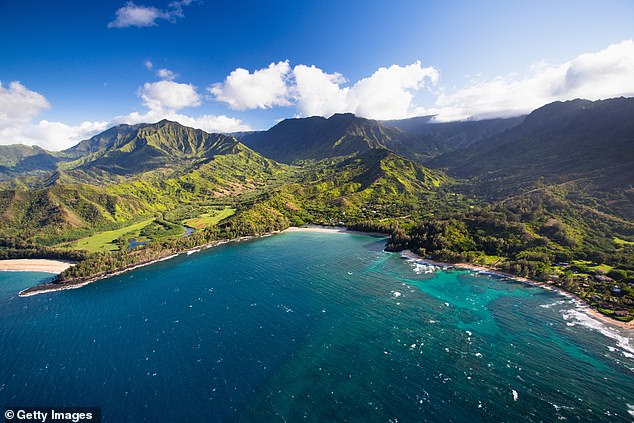 The Today Show’s US correspondent Alison Piotrowski said locals are looking forward to seeing Australian guests after a two year absence due to the pandemic (pictured, Kauai in Hawaii) 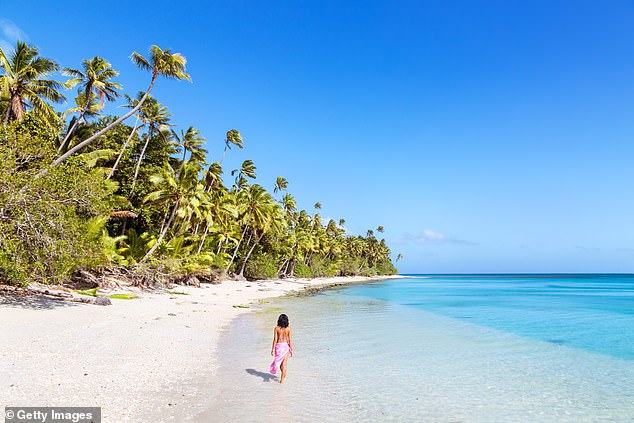 Tourists will also be welcome with open arms in Fiji, with Virgin Australia to recommence flights from Thursday morning (pictured, Kadavu Island in Fiji)