Victorian Premier Daniel Andrews has appeared on a criminal court listing after a charge of concealing treason was successfully filed with a court.

Mr Andrews has been summonsed to appear before the Myrtleford Magistrates’ Court on Friday, with a court date listed for 9.30am.

While the prosecuting agency on the court record is listed as ‘unknown’, it is understood anti-lockdown campaigners Jim Rech and photographer Dezi Freeman had the matter listed privately. 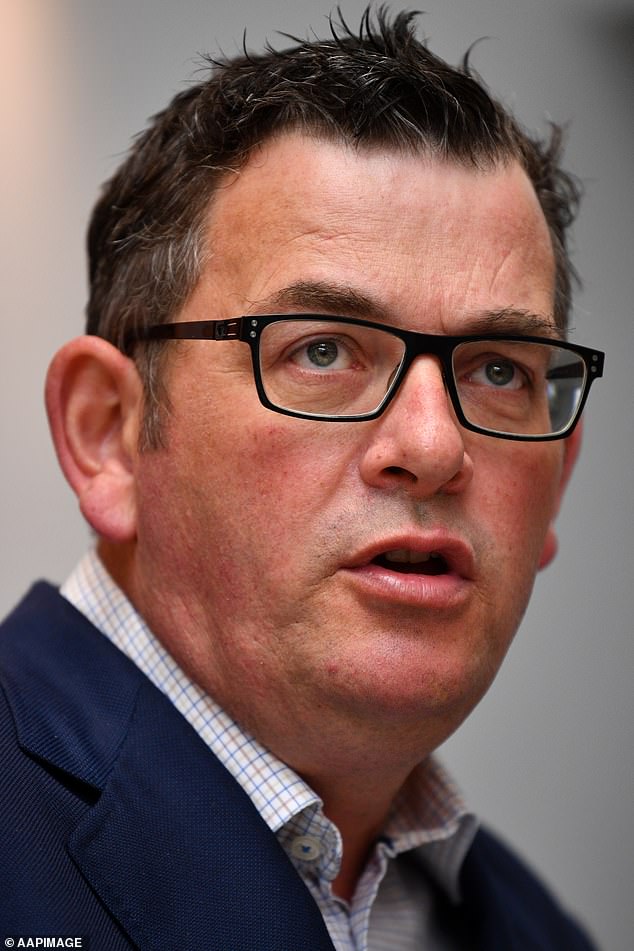 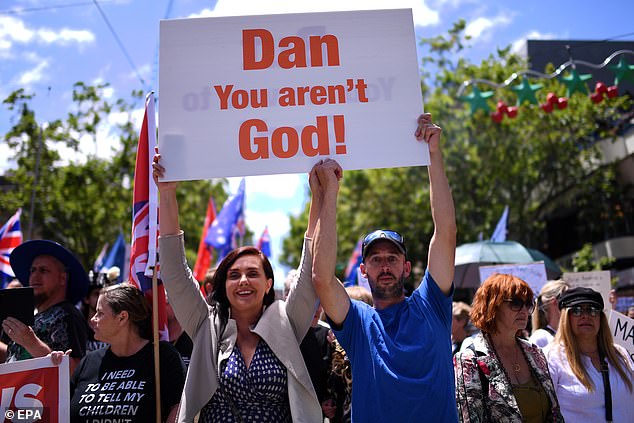 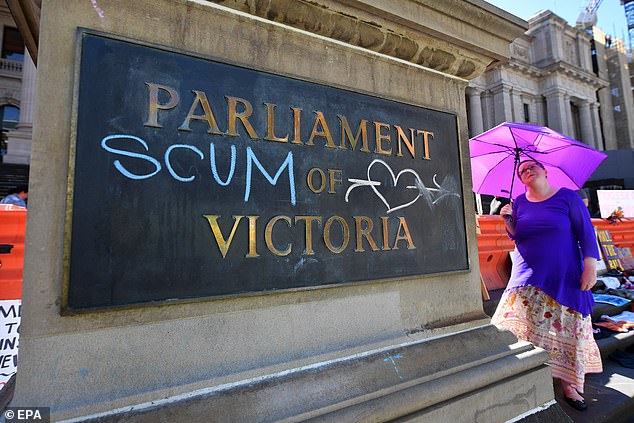 Premier Daniel Andrews has been the target of protests over lockdown laws, vaccinations and his pandemic bill

Sources have told Daily Mail Australia the private prosecution had been rejected from several Victorian courts before finally being put into the criminal justice stream in Myrtleford –  280 km northeast of Melbourne.

Addressing ‘freedom’ protesters last month, Mr Rech claimed to have been successful in having the matter brought before the court, but it had since been suppressed to the general public.

Mr Rech, who refers to himself as a ‘Commonwealth Public Official’ is known to have tried similar proceedings against other members of parliament across the country, reportedly arresting ‘those sitting on the bench without any Crown authority’.

Daily Mail Australia noted the matter is in fact listed on the court’s Electronic Filing Appearance System, which is accessible to the wider community.

‘He was charged with, but not limited to, misprision of treason and fraud. And as a result of those charges being filed and served, they were served at his electoral office,’ Mr Rach told protesters.

‘The police have been given notice … The courts have been told to suppress the listing but we put it out there, we’ve been to the court registrars.’ 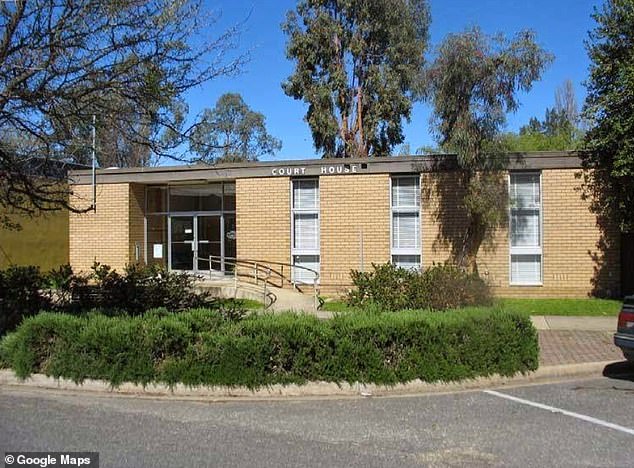 Mr Rech told the mob the Victorian premier faced the ‘death penalty’ if convicted of treason.

‘Now that means any politician on indictable criminal offences which is a life penalty but under martial law it’s a death sentence – it has to go to a grand jury,’ he said.

Under the law in Victoria, ordinary citizens can pay $85.70 and file a criminal charge in court.

While many private prosecutions are described by legal professionals as ‘wacky’, they have a long history in Victoria. 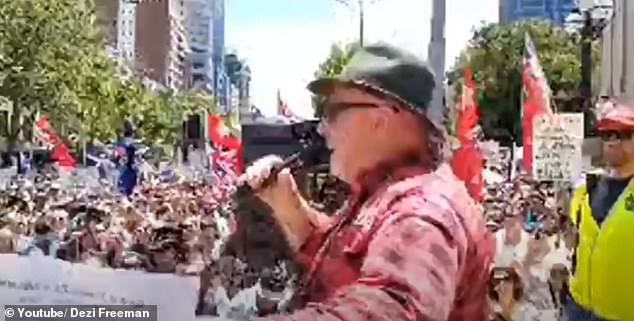 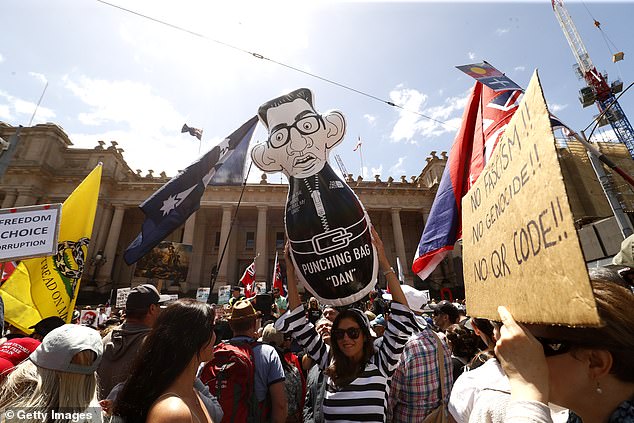 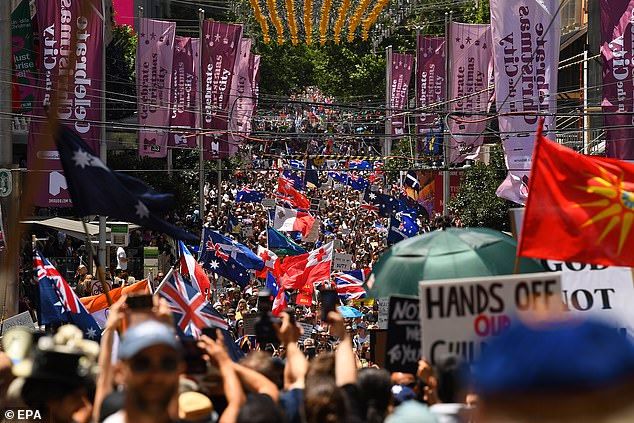 The practice goes back to a time before police and prosecutors where private citizens would apprehend and charge crooks themselves.

In those days, hanging the criminal was seen as a favourable option, but more often offenders were branded with hot irons or thrown into the stocks.

But they are also brought into play by members of the public who believe the authorities have dismissed their claims for justice.

The case against Mr Andrews faces significant challenges, with the Commonwealth Director of Public Prosecutions likely to take control of the matter before it gets off the ground. 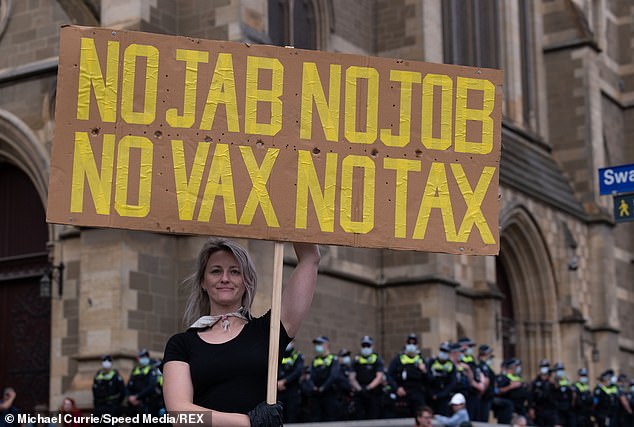 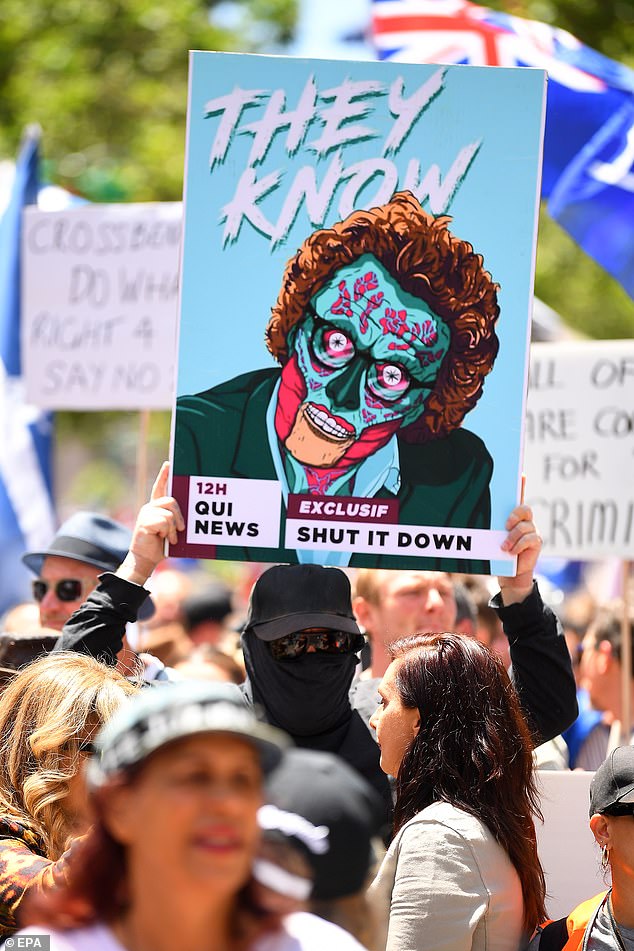 It remains unclear if Daniel Andrews will be forced to face the private prosecution, brought on by protesters 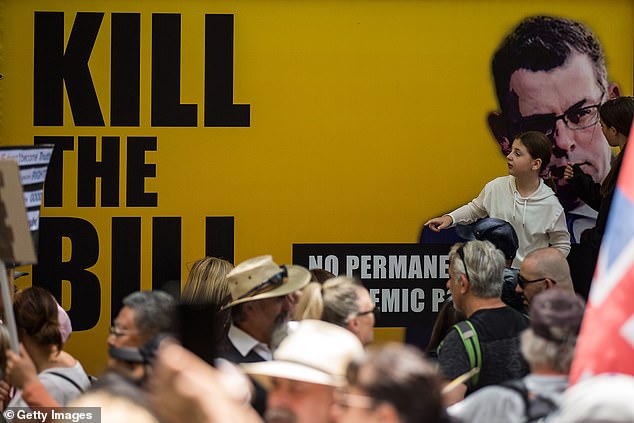 Under the law, the CDPP has the power to overtake and discontinue private prosecutions should it find it has no reasonable prospect of a conviction being secured on the available evidence or was ‘not in the public interest’.

In July, a private prosecution against the Chief Magistrate of Victoria Lisa Hannan was dealt with in Victoria under similar laws.

Despite the obvious hurdles, the application has already caused significant inconvenience across sections of the State Government, which is expected to provide a lawyer to appear on Mr Andrews’ behalf on Friday.

The Victorian Director of Public Prosecutions will also be on hand, although the matter is out of its hands due to acts of treason falling under the Commonwealth’s umbrella.