It was the sort of softball that White House press secretaries dream about: An easy, undemanding request to describe President Joe Biden’s biggest foreign policy success of the year.

But when the year has included a humiliating retreat from Afghanistan, a defense deal that isolated key ally France, and Russian troops massing on the border with Ukraine, it must have seemed like a curveball.

Which might be why Jen Psaki struggled to respond on Tuesday.

‘What does the administration consider your biggest achievement in foreign policy in this first year? And also what lessons have you learned from what is arguably the biggest failure which is Afghanistan,’ she was asked by Patsy Widakuswara, a reporter from Voice of America.

‘You know, this is a great question,’ she said.

‘I want to be thoughtful about it. I want to talk to the president about it. 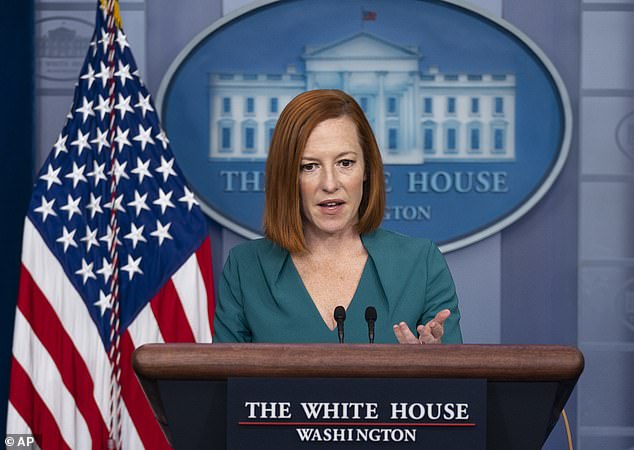 White House Press Secretary Jen Psaki failed to answer a softball question on Tuesday. When asked to name President Biden’s biggest foreign policy success of the year, she said she would have to talk to the president and respond later 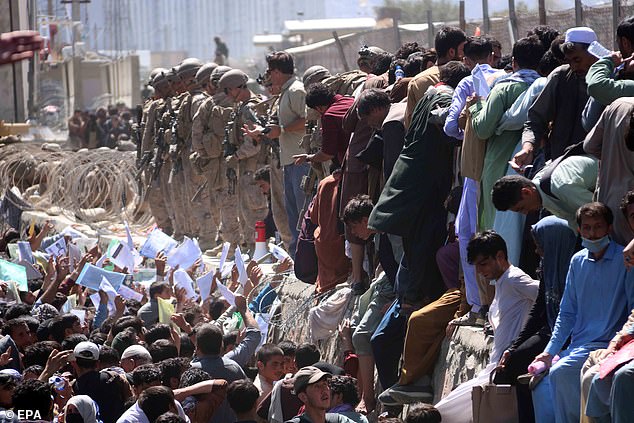 The withdrawal from Afghanistan triggered a crush of Afghans trying to reach safety and flights out of Kabul airport before the U.S. troops left the country in the hands of the Taliban 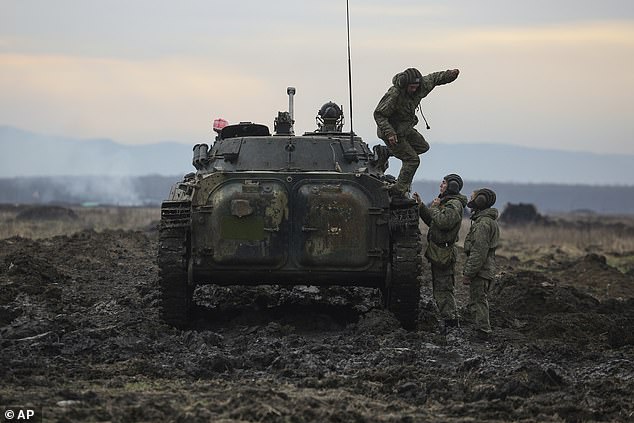 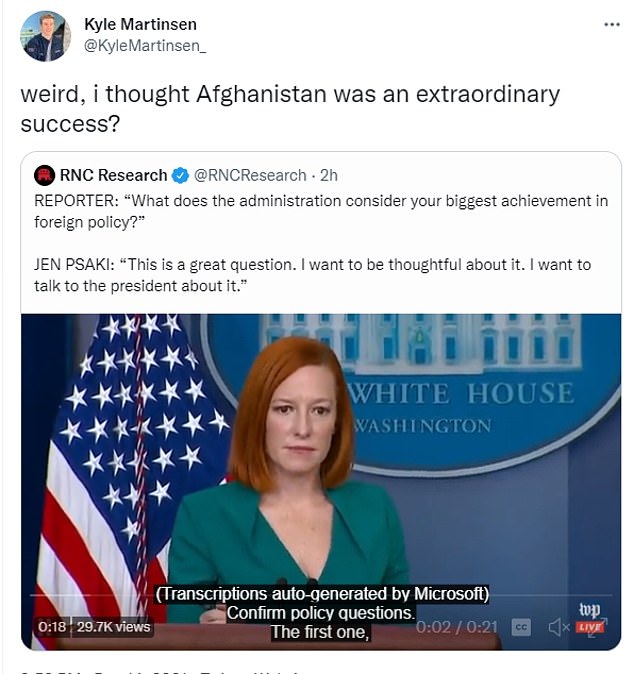 The non-answer was seized upon by critics on social media and a video clip was tweeted out by the Republican National Committee – a sure sign of a briefing room gaffe.

‘The White House spokesperson cannot answer the simple question about what has been the Biden Administration’s biggest foreign policy achievement.

‘Or is it just possible there isn’t one?’

Others threw Biden’s own words back at the administration, pointing out that the president had called the Afghanistan withdrawal an ‘extraordinary success.’

Much of Biden’s year has been taken up by foreign policy – from the decision to leave Afghanistan to worries that Russia is about to invade Ukraine.

Psaki bristled earlier in the briefing over questions relating to the fallout of the Afghan departure and Americans still in the country.

‘Let me just reiterate something that Tony Blinken said back in August, which is that if Americans who are in Afghanistan wanted to leave, whether it was three weeks, a month from now, two months from now – back in August – we would help them get out,’ she said.

‘And that is something we have delivered on our word on.’

She said 479 U.S. citizens had been helped to leave along with 450 lawful permanent residents.

Peter Doocy of Fox News followed up by wondering how that squared with previous reports of 100 to 200 people left behind, before asking whether the president remained committed to getting people out.

On Aug. 31, Biden defiantly dubbed the withdrawal an ‘extraordinary success’

‘Certainly, he receives regular updates from his team and the State Department and other national security officials really lead this effort,’ Psaki said before expressing exasperation.

‘The United States does not track or put a tracker on American citizens traveling overseas, whether they’re in Afghanistan or any country around the world.’

The exit of U.S. troops continues to cast a shadow over the administration.

Some 13 service personnel died in the final days of the evacuation when an ISIS suicide bomber detonated explosives at Kabul airport, and chaotic scenes of refugees falling from departing planes provided the defining image of the departure.

Yet Biden cast the hurried withdrawal, after the Taliban seized the capital, as a triumph.

‘The extraordinary success of this mission was due to the incredible skill, bravery, and selfless courage of the United States military and our diplomats and intelligence professionals,’ he said as he announced the end of America’s 20-year war in the country.

But allies such as the U.K. have said they felt blindsided by the hasty exit and fear rivals such as Russia and China may sense weakness in Washington.

The Biden administration had to go on a charm offensive in response to another controversy, when a defense deal with the U.K. and Australian saw the Australian government abandon a deal for French submarines in favor of U.S. technology.