The jury in the Jussie Smollett trial has reached a verdict.

The actor returned to court on Thursday evening after around eight hours of deliberations to learn his fate with his family by his side. He was snapped walking into court arm-in-arm with his mom.

Smollett, who arrived at the courthouse in a black Lincoln SUV shortly after it was announced the verdict had been reached, is expected to learn his fate around 6pm EST.

He did not answer when asked by reporters what his desired outcome for the case was and if he was nervous to learn the jury’s decision.

The trial has lasted just under two weeks and concluded on Wednesday with five hours of closing arguments, during which Smollett, whose biggest role was on Empire, was branded a ‘serial liar’ by the prosecution.

He denied paying Abimbola ‘Abel’ Osundairo and Olabinjo ‘Ola’ Osundairo – two Nigerian brothers who he knew – to stage the attack to boost his celebrity profile, as police had alleged.

His attorney failed to offer a motive for why the brothers might have lied, suggesting that it could have been because Abel was pretending not to be gay and Ola was a homophobe, or also that they wanted him to hire them as security guards so scared him into thinking that he needed them.

The case now draws to an end nearly three years after Smollett first claimed he had been the victim of the hate crime. 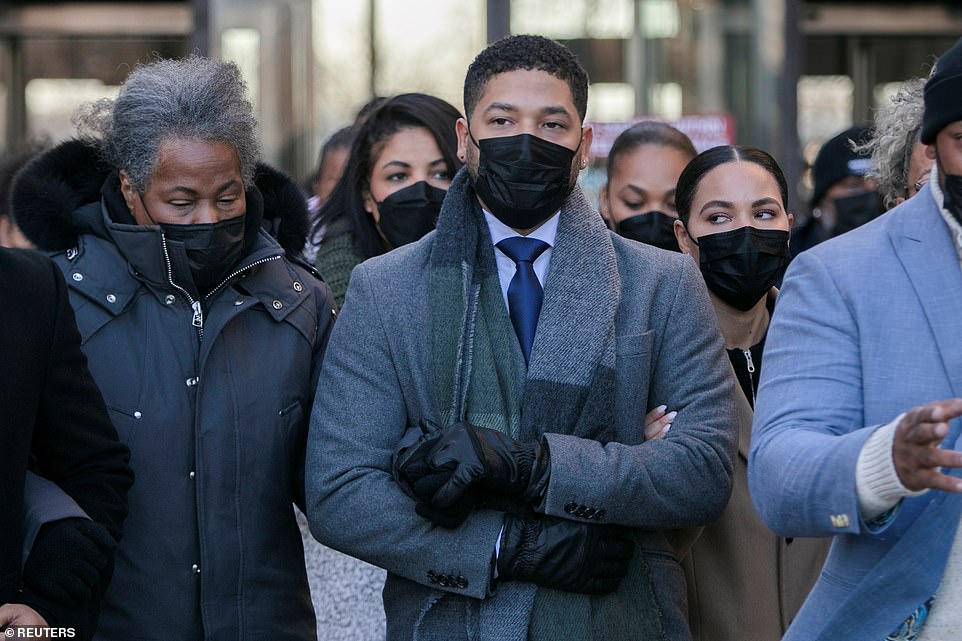 Jussie Smollett is pictured outside court Wednesday. A jury reached a verdict on his case Thursday 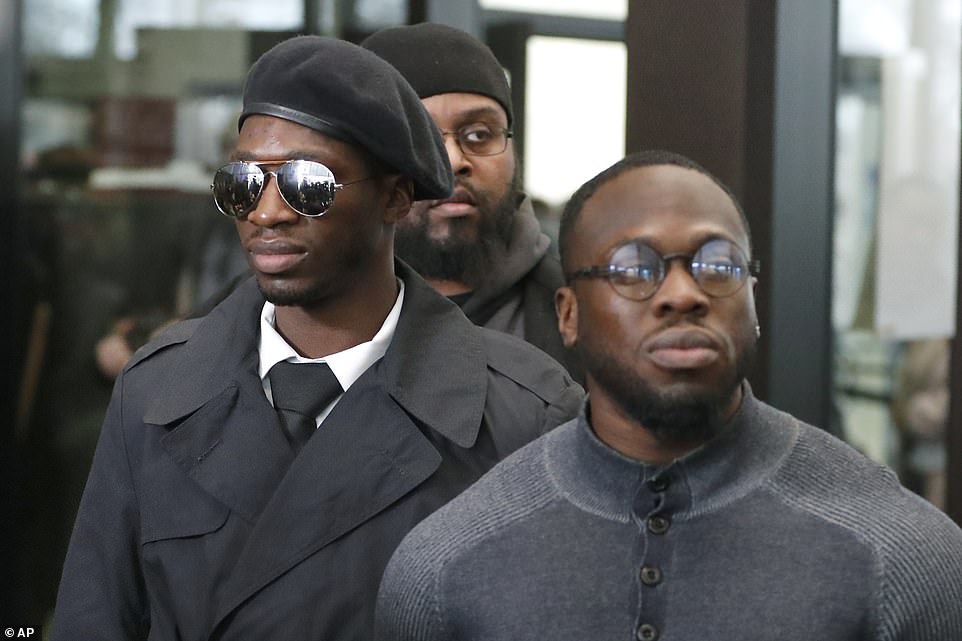 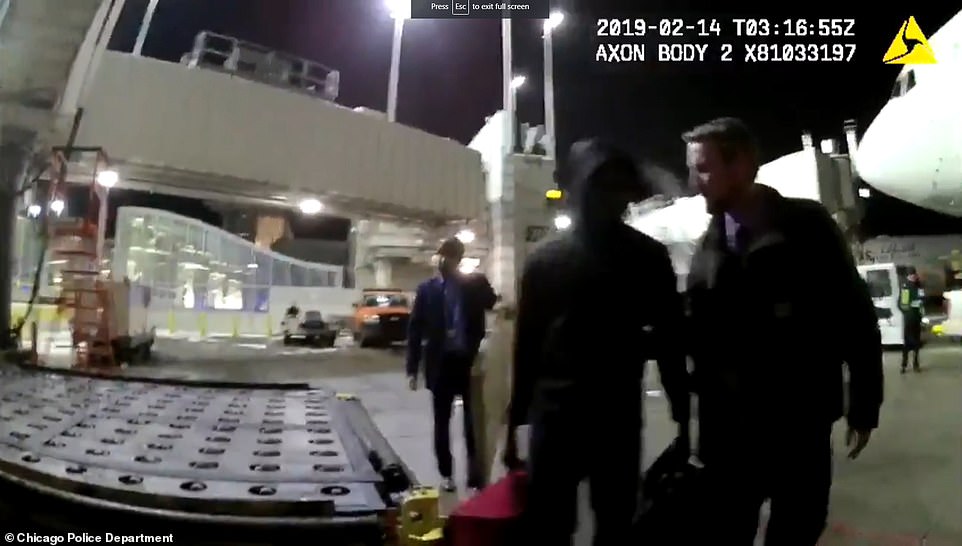 Smollett, now 39, was supported by his family throughout the trial, as he has been over the last three years.

He can’t explain why the brothers were there that night if it was not to attack him as they claimed he’d instructed them to do.

Among the claims he made during his testimony was that the brothers offered to change their story and retract their allegations that he’d paid them to stage the attack if he gave them $2million.

His attorneys said both of the brothers were ‘sophisticated’, seasoned criminals when in fact only one of them has a criminal record.

Legal experts were dumbfounded that Smollett took the stand. They called it a ‘disaster’ and a desperate attempt to either confuse the jury so they’d have no choice but to acquit, or save his defense. 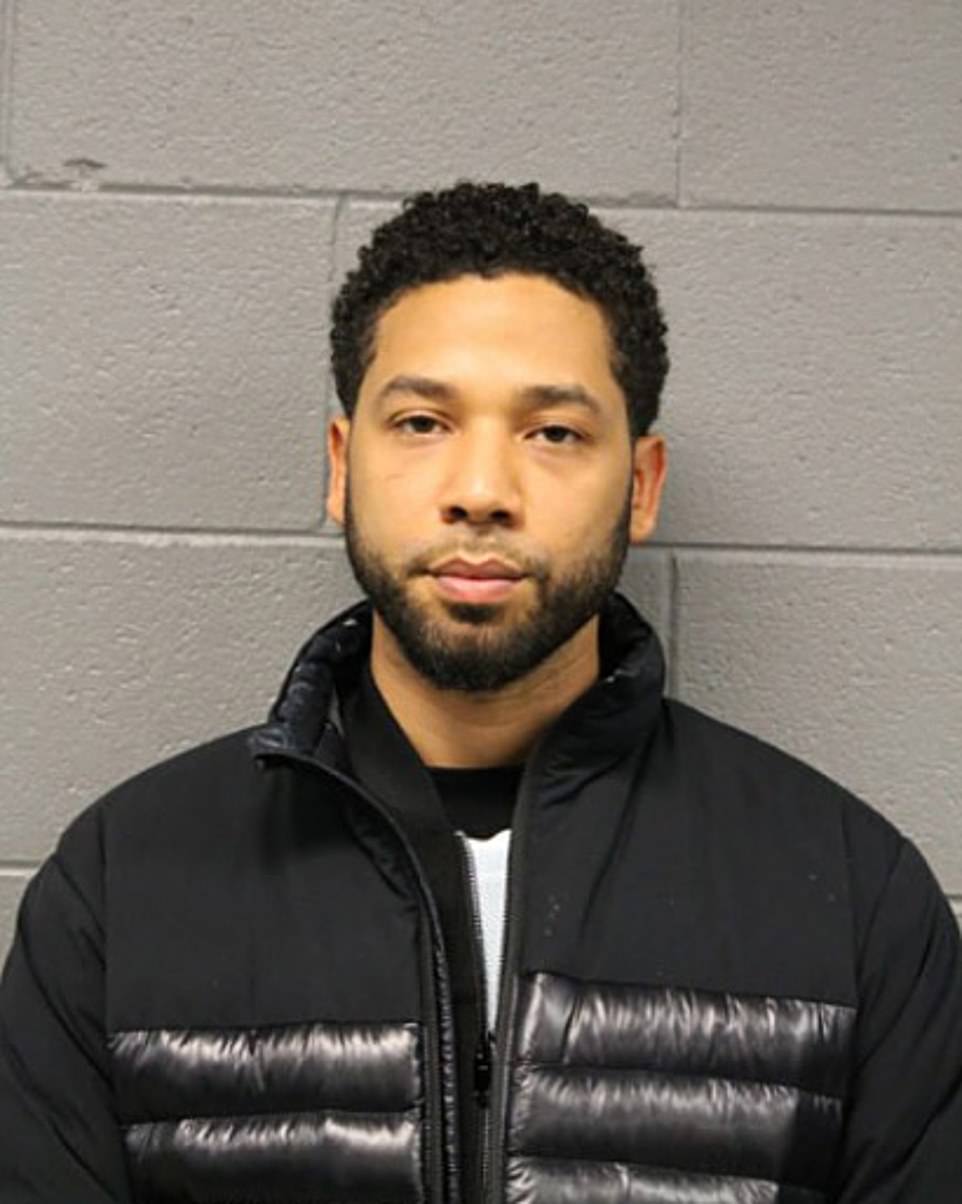 Smollett is pictured in his mugshot after he was arrested on suspicion of faking the attack, which he said was racist and homophobic

During closing arguments on Wednesday, prosecutors pointed out that the

Special Prosecutor Dan Webb took on the case in 2020, after Kim Foxx’s office dropped a first set of charges against him in a decision that was widely criticized as an example of nepotism.

She had been in contact with one of Smollett’s sisters in the days and weeks before he was arrested or was a suspect in the case.

She also spoke with Tina Chen, Michelle Obama’s associate and friend who was also part of founding #MeToo. Chen has since said she was never trying to influence the investigation and that Smollett was a victim at the time.