Australia’s record low birth rate will have chilling consequences for the country in decades to come, a leading economist predicted.

New data shows the country’s fertility rate of 1.58 babies for every woman in 2020 was the lowest in records going back to 1932.

Without immigration, last year’s 294,369 births would have failed to make up for deaths and departures overseas.

Last year, the population shrunk for the first time in more than a century – the last time being 1916.

Net annual migration in the 2020-21 financial year was forecast by Treasury to fall by 71,600, marking the first negative number since 1946, when departures were subtracted from arrivals. 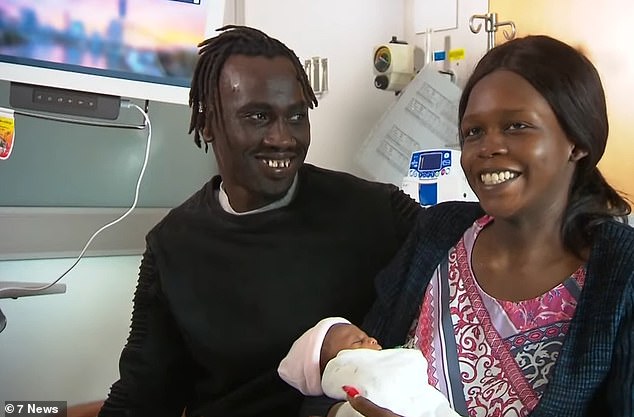 A record low birth rate because of the pandemic will have chilling consequences for Australia in decades to come (pictured is baby Soriah, one of Brisbane’s first arrivals for 2021 with mum Selina and father Deng)

Brendan Coates, an economist with the Grattan Institute think tank, said a lower birth rate meant there would be a smaller working age population in years to come, whose taxes would be needed to pay for healthcare for the elderly.

‘It matters a lot more for the budget,’ he told Daily Mail Australia.

‘The federal budget in particular relies upon working-age Australians pay tax in order to pay for the entitlements and benefits of older generations.’

The emergence of the Omicron variant has seen the government delay for a fortnight, until next week, the arrival of international students and foreigners with a working visa.

Prime Minister Scott Morrison flagged 200,000 arriving in just two months, over December and January, to make up for the shortfall in immigration since the Covid pandemic began in March 2020.

The permanent annual intake, over several years averaged out, is expected to climb back to 190,000.

‘That will have some effect in offsetting that decline in the birthrate among younger people,’ Mr Coates said.

Beidar Cho, the director of demography with the Australian Bureau of Statistics, said lockdowns were largely to blame for the falling birth rate.

Australia’s fertility rate of 1.58 babies for every woman in 2020 was the lowest in records going back to 1932. Without immigration, last year’s birth rate of 294,369 births would have failed to make up for deaths and departures overseas

‘The record low total fertility rate can be attributed to fewer births and birth registrations in most jurisdictions in a year marked by Covid disruptions,’ she said.

Australia had a net annual immigration rate of 154,100 for the 2019-20 financial year, during a period that covered the first three months of the pandemic and the closure of Australia’s border in March 2020.

Australia’s population growth pace of 1.5 per cent was also among the highest in the developed world.

In 2004, when Australia’s fertility rate had fallen to 1.78, then treasurer Peter Costello introduced a $3,000 baby bonus and urged couples to have three children. 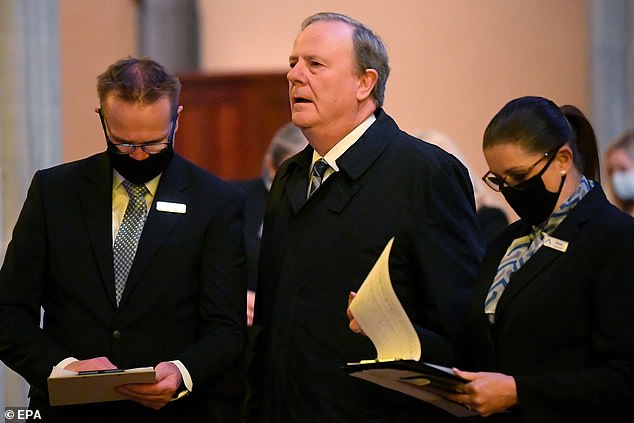 In 2004, when Australia’s fertility rate had fallen to 1.78, then treasurer Peter Costello introduced a $3,000 baby bonus and urged couples to have three children (he is pictured in November 2021 at the state funeral for television legend Bert Newton)

‘You should have one for the father, one for the mother and one for the country. If you want to fix the ageing demographic, that’s what you do,’ he said, delivering the budget.

Mr Costello, who is now the chairman of Nine Entertainment Corporation which owns The Sydney Morning Herald, told the rival News Corp Australia newspaper group the falling fertility rate was bad for the economy.

‘The drop in the fertility rate is building up a long-term and costly problem for the country,’ he told The Australian.