Elf and safety gone MAD! Town’s Christmas tree is dubbed ‘the WORST in the North’ as only the bottom half is decorated after council deemed to too DANGEROUS to light up the top

A town’s Christmas tree has been branded a ‘shambles’ after only its bottom half was decorated because health and safety officials said it was too high to safely light the top.

The partially decorated pine in Bailiff Bridge, West Yorkshire, was slammed by residents while one councillor dubbed it ‘the worst in the north’.

Calderdale Council, the authority responsible for lighting it, said the natural tree had grown ‘significantly larger’ over the last year and it was not safe to reach the highest sections.

But Conservative councillor George Robinson described it as a ‘shambles’ and locals fumed that after two years of Covid regulations, they had hoped for some festive joy. 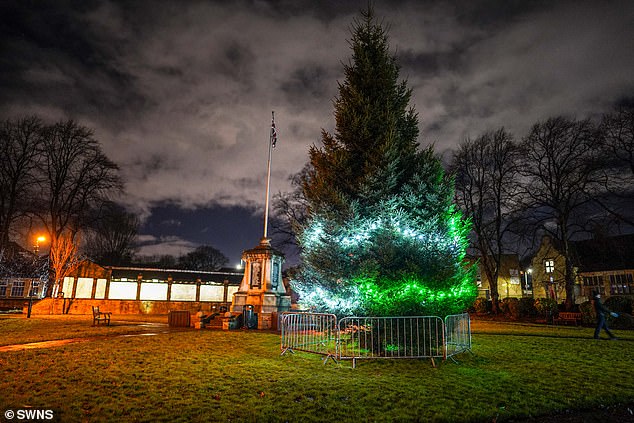 The partially decorated natural Christmas tree in Bailiff Bridge, West Yorkshire, has been criticised by residents, while councillor has dubbed it ‘the worst in the north’

Cllr Robinson said: ‘We’ve had a torrid year with Covid and lockdowns, we just want a Christmas tree to enjoy.

‘It’s a shambles, the worst Christmas tree in the North.’

Ex-Halifax rugby league player Jamie Bloem also criticised it, saying a Christmas tree ‘to bring a bit of cheer is a necessity’, after the ‘two years everyone has gone through’.

He added: ‘It would be a bit of colour in an otherwise dull time.

‘And now with tighter restrictions, I think a bit of cheer would be great right now.’ 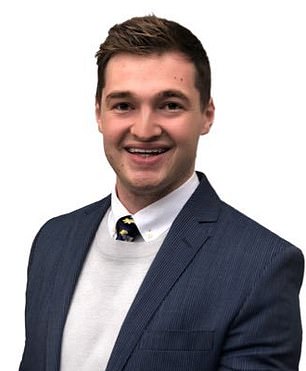 Conservative councillor George Robinson said: ‘We’ve had a torrid year with Covid and lockdowns, we just want a Christmas tree to enjoy. It’s a shambles, the worst Christmas tree in the North.’

Margaret Bates said the tree looked ‘ridiculous’ while Dave Cocker asked whether it had been decorated by Mini Me.

Another described it as the ‘most depressing Christmas tree decorations in the UK’.

However, Matt Bell was quick to defend the council, saying that people who are laughing at health and safety restrictions ‘are the same ones suing the council’ when things happen to them.

The Labour-controlled council said it provided trees and decorations to bring ‘some festive cheer to towns and villages’.

The tree remains in place all year round and was decorated as in previous years, it said.

But the council said the tree has now grown significantly larger over the years and due to safety and accessibility the decorations were ‘spread amongst the lower branches’. 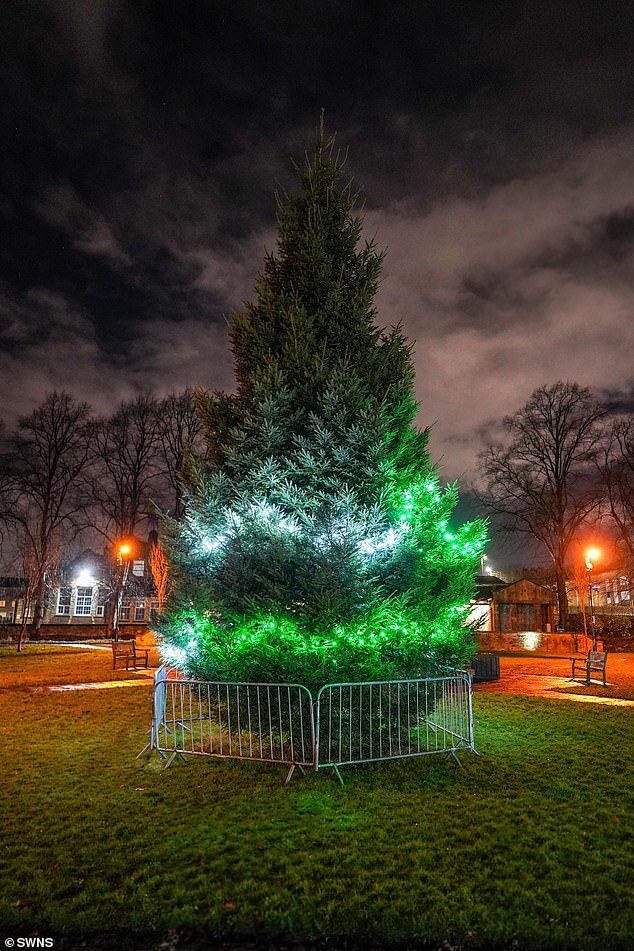 Calderdale Council, the authority responsible for lighting it, said the natural tree had grown ‘significantly larger’ over the last year and it was not safe to reach the highest sections

Cllr Jenny Lynn, cabinet member for public services and communities, said: ‘We provide Christmas trees and decorations across Calderdale to bring some festive cheer to our towns and villages, and we wish all our residents a very happy Christmas.

‘The tree in Bailiff Bridge is a naturally growing one, which remains in place all year round and is now several years old.

‘We have decorated the tree this year, like we have in previous years.

‘As the tree has grown significantly larger over time, and due to its location, it is no longer safe or accessible to decorate the highest sections of the tree, as they can’t be reached by any maintenance vehicles.

‘Therefore, this year we are only able to decorate the lower branches.

‘Next year we will ask local community groups to nominate another, more easily accessible tree, for a much fuller decoration.’