Will the REAL Steve Smith please stand up? Twitter user with the same as Australian vice captain endures round of abuse for ANOTHER Ashes

A Twitter user with the same name as one of Australia’s most famous cricketers has opened up about the abuse he receives during The Ashes.

Steve Smith, whose Twitter handle is @stevesmithffx, has long dealt with other users mistaking him for current Australian vice-captain, Steve Smith.

On Thursday he Tweeted after the namesake Australian batsman was dismissed cheaply for 12 runs by England at the Gabba in Brisbane: ‘There are three certainties in life. Death, taxes, and dealing with the losers and the haters every summer.’

Mr Smith posted screenshots of some of the messages he’d received after the star batsman’s dismissal.

‘Mate, if you wanna go fishing, go before the day’s play,’ another messaged.

‘What was that @stevesmithfx?’ wrote one. 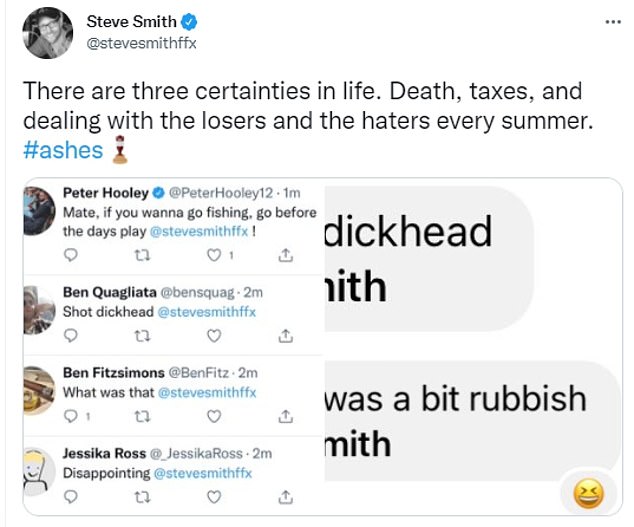 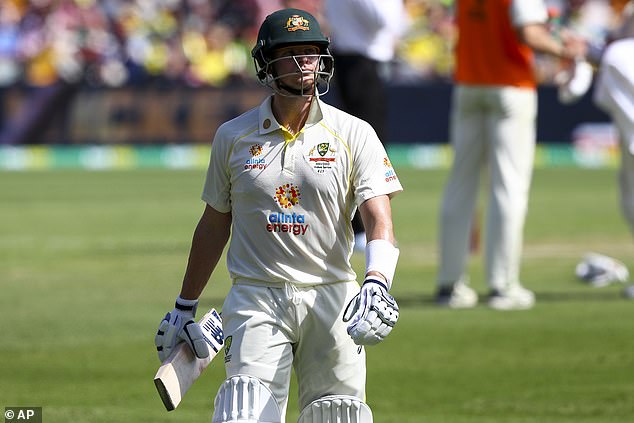 Cricketer Steve Smith walks from the field after he was dismissed by England’s Mark Wood during day two of the first Ashes cricket test at the Gabba in Brisbane, Australia 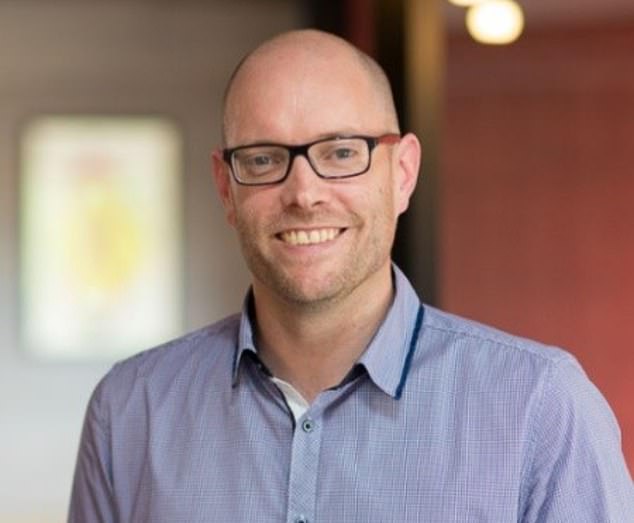 Mr Smith (above), who regularly posts cricket and other sports content, has been subject to abusive comments about the cricketer for a number of years

Mr Smith, who writes digital media content and regularly posts cricket and other sports content, has been subject to comments about the cricketer for a number of years.

He was on the receiving end of a stream of abusive Tweets and messages during ‘sandpaper-gate’, when Smith was forced to stand down as Australian captain after team member Cameron Bancroft was filmed tampering with the ball during Australia’s tour of South Africa in 2018.

‘Embarrassed to even think I’m a supporter of @stevesmithffx & @CricketAus today. That’s about as #unAustralian as anyone can get,’ one person tagged Mr Smith.

‘@stevesmithffx You are an embarrassment of a captain,’ another directed at him. 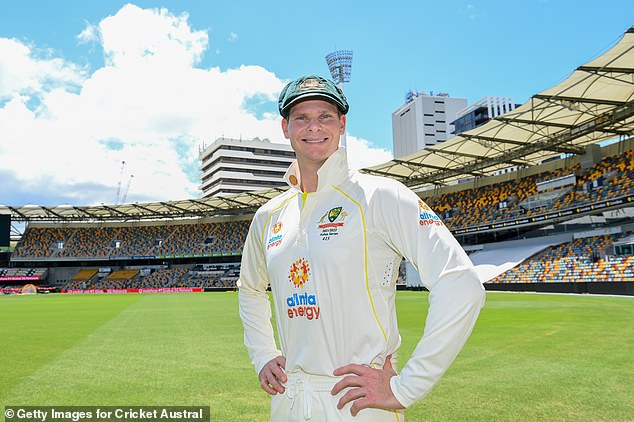 Mr Smith was on the receiving end of a stream of abusive Tweets and messages during ‘sandpaper-gate’, when Australian cricketer Smith (above) was forced to stand down as Australian captain

A similar fate befell 30-year-old African American man Peter Dutton, who in August 2018 shared some of the abusive messages he had received from those who mistook him for Australia’s Defence (then Home Affairs) Minister.

‘I wish the people of Australia would look at my profile and realize I’m a 30 yr old black man before sending me tweets and DMs,’ @PeterDutton5 posted.

Mr Dutton soon himself a viral sensation on the platform. 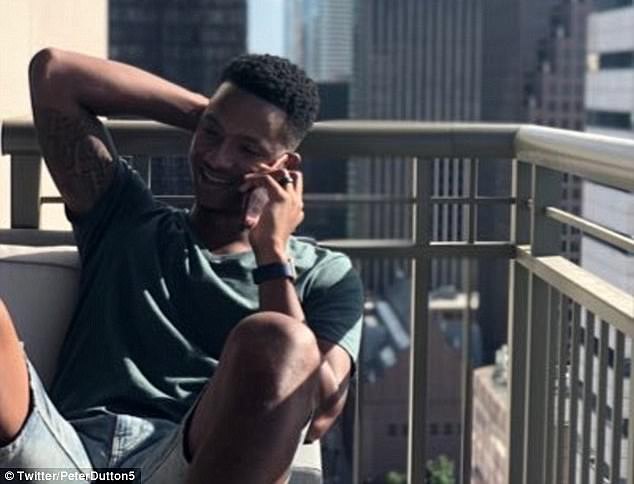 Peter Dutton, a 30-year-old African American man, shared some of the abusive messages he had received from those who mistook him for Australia’s Defence (then Home Affairs) Minister in 2018

‘You’d get my vote! Just watch your citizenship when you get elected … that’s a whole different drama. #vote1dutton,’ one person tweeted.

‘Make this guy our next prime minister!’ another posted.

‘Pretty sure my last tweet has made me the leading candidate for PM of Australia,’ America’s Mr Dutton replied.