A father-of-three has sparked concerns for his welfare after vanishing near a raging bushfire without his phone or car.

Jordan Marshall, a real estate agent from Fremantle in Western Australia, was last seen on Wednesday morning near the Margaret River.

Police issued an urgent welfare concern about 5.47pm that evening and as of Thursday afternoon, the 40-year-old is still missing.

A friend of Mr Marshall’s told local media the single dad was ‘spiralling’ and ‘not well’.

‘He’s not been taking drugs… He has a mental health condition,’ a friend told the Augusta Margaret River Times. 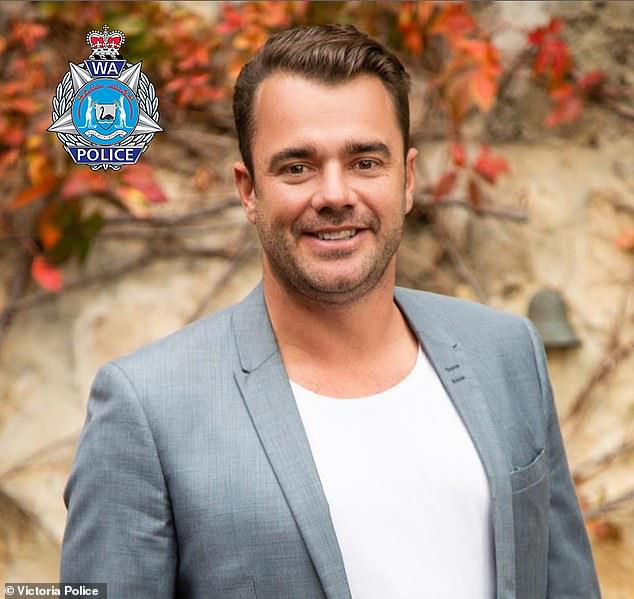 Jordan Marshall, a real estate agent from Fremantle in Western Australia, was last seen on Wednesday morning near the Margaret River 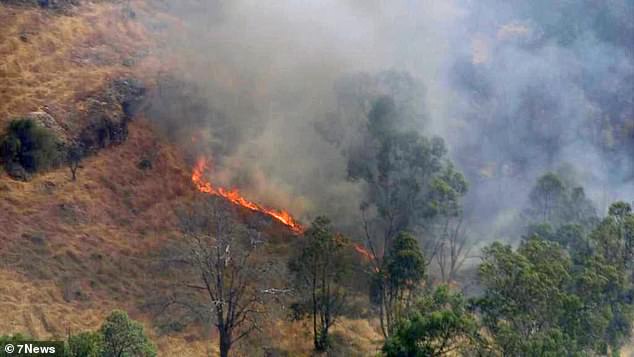 A fire in Chittering (pictured) began near the intersection of Chittering Road and Chittering Valley Road, about 60km north-east of Perth just after midday on Tuesday

Friends and family are begging him to make contact, after it was revealed he no longer had his phone or car with him.

There are concerns he ‘crashed his car in a distressed state’, although his father Ross, who founded Re-locate Real Estate with his son, would not comment, The West reported.

Schools and roads have been closed while an emergency alert has been issued for  Leeuwin-Naturaliste National Park and Redgate Road, Bussell Highway, Chapman Road, Hamelin Bay Road West and and the coastline. 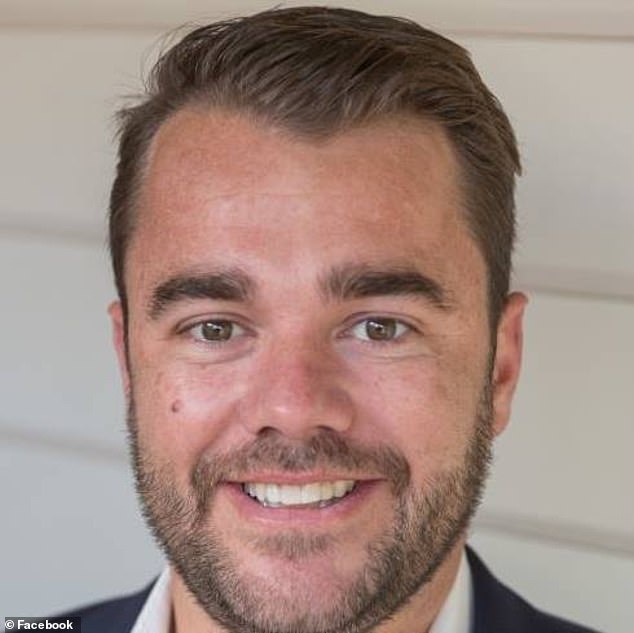 Friends and family are begging him to make contact, after it was revealed he no longer had his phone or car with him

In these areas, there is a threat to lives and homes.

An evacuation centre has been set up at Margaret River Recreation Centre and locals are urged to leave if it is safe to do so.

Premier Mark McGowan described the evolving situation as ‘very serious and concerning’ as he urged locals to stay on high alert.

Hot and windy conditions are testing firefighters on the scene with Perth expected to reach 40C and the Pilbara region to experience a similar heatwave.

Fire bans are currently in place in large parts of the state including the Gascoyne, Perth, the Mid-West and the Wheatbelt.

There are grave concerns Mr Marshall is somewhere in a high-risk danger zone. 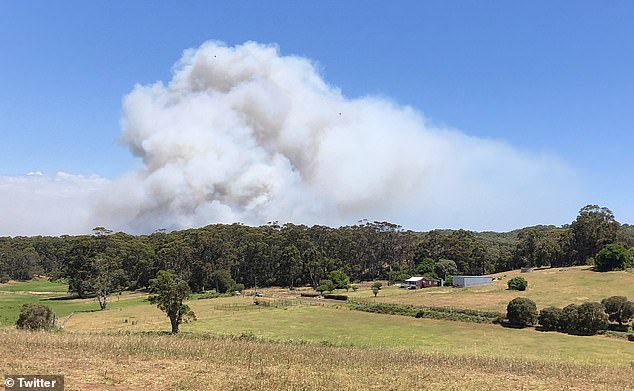 Residents in the affected areas are advised to close all doors and windows and leave now if the way is clear, or prepare to shelter in their homes (pictured, the blaze in Margaret River)

The keen surfer made headlines in June after encountering a four metre great white shark off the coast of Rottnest Island.

‘It was quite daunting actually,’ he told Nine News at the time.

‘[His friend] was a bit more game than me, patting the water and doing that kind of stuff.’

Anyone with information of the whereabouts of Mr Marshall should contact Crime Stoppers on 1800 333 000 or report online at crimestopperswa.com.au. 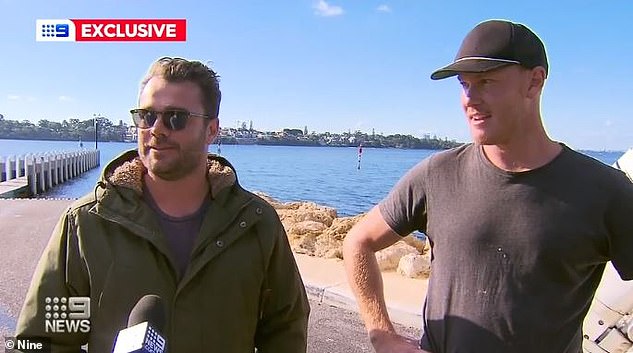 Keen anglers Jordan Marshall and Paul Marriott (pictured) had a recent close encounter with a great white shark in Western Australia. Mr Marshall is now missing in an unrelated incident

WHAT SHOULD AFFECTED RESIDENTS DO?

If the way is clear, leave now for a safer place.

Do not wait and see, leaving at the last minute is deadly.

Close all doors and windows and turn off evaporative air conditioners, but keep water running through the system if possible.

If you cannot leave, you need to get ready to shelter in your home.

Go to a room in your home away from the fire front and make sure you can easily escape.

Choose a room with two exits and water such as a kitchen or laundry.

If you are not at home, it’s too dangerous to return.