An appeal against a court order validating laws requiring some workers to be fully vaccinated against COVID-19 has been dismissed.

Both were granted on narrow grounds but Court of Appeal President Justice Andrew Bell on Wednesday dismissed the appeals and ordered Mr Kassam and Ms Henry to pay all legal costs.

In September the two challenged Health Minister Brad Hazzard’s public health orders along with eight others, arguing their rights to bodily integrity and freedom of movement were being impinged. 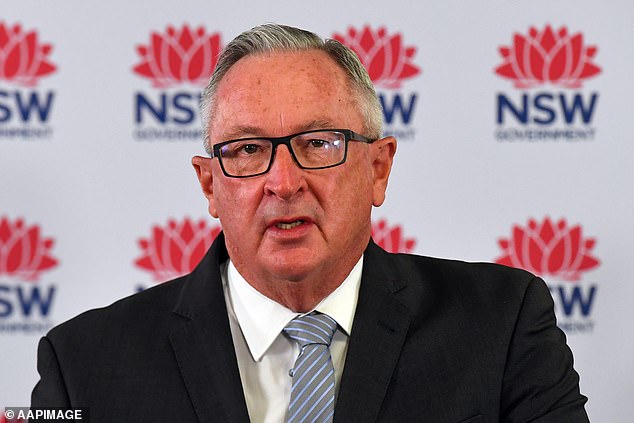 The pair challenged Health Minister Brad Hazzard’s public health orders along with eight others, arguing their rights to bodily integrity and freedom of movement were being impinged

But Justice Robert Beech-Jones in October rejected the claim saying the legislation underpinning the orders did not violate bodily integrity, as the orders didn’t authorise the involuntary vaccination of anyone.

He also dismissed claims Mr Hazzard acted outside his powers, by not asking the right questions or failing to take into account relevant considerations.

It came after the court heard from Mr Kassam, an occupational health and safety officer for a construction site supplier, who said his own research led him to believe vaccines did not lessen the transmission of COVID-19.

Ms Henry said she believed she had ‘basic human right in Australia’ to bodily integrity.