At least three migrants were rescued after being swept away and nearly drowning in the Rio Grande river while attempting to cross from Mexico into Texas.

Video footage showed the three individuals struggling to stay afloat and swimming to a steel column as the current picked up strength in the Rio Grande on Monday.

U.S. Border Patrol agents assigned to the Eagle Pass Station Riverine Unit pulled the migrants out of the river and onto the airboat.

The nationalities of the three individuals were not released. 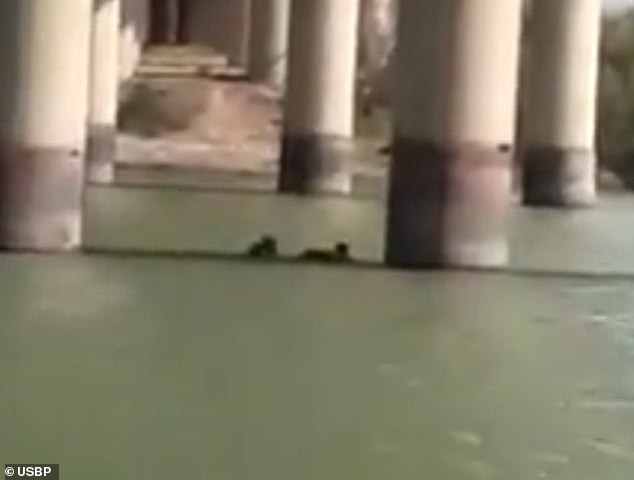 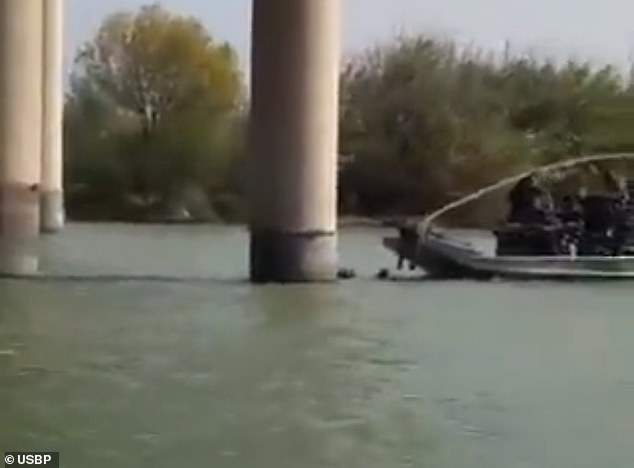 U.S. Border Patrol said the agents fought 25 mph winds while trying to rescue three migrants who were trying to reach the United States while swimming across the Rio Grande

However, some were not as fortunate during the perilous treks across the river and land border that divides the United States and Mexico. 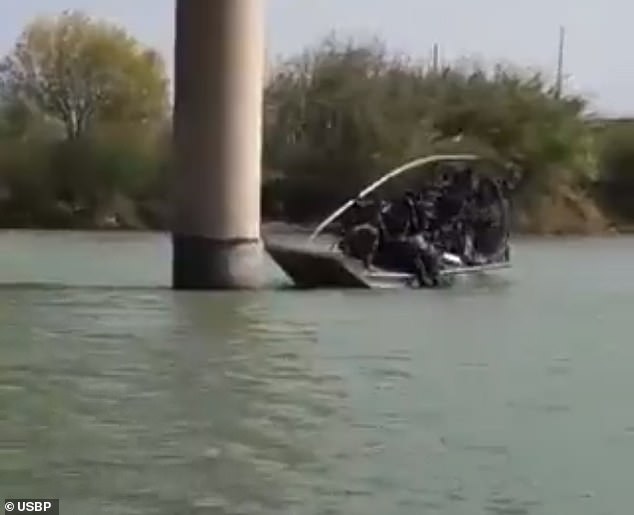 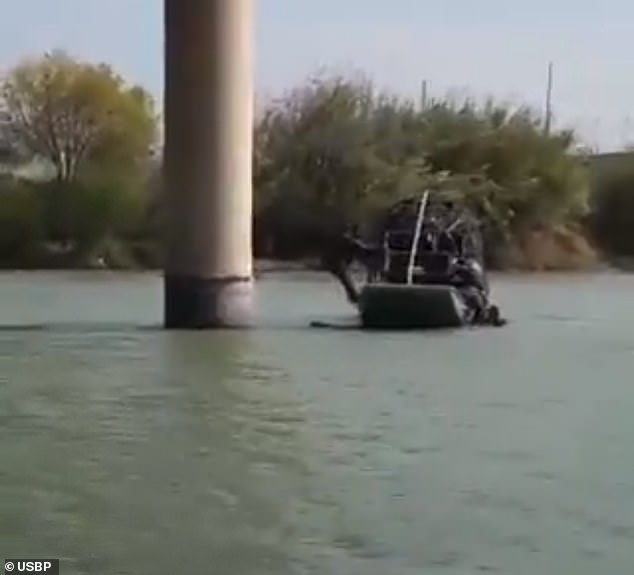 Colombian mother Claudia Marcela Peña and her 11-year-old daughter María José Sánchez died of heat exhaustion on August 26 after they were abandoned by a smuggler in the Arizona desert.

Peña managed to call 911 and attempted to provide her location to the emergency operator before her cell phone’s battery lost power.

A CBP Air and Marine Operations unit was dispatched and found three-year-old Cristian David Morales next to his mother’s and sister’s bodies.

The boy was eventually reunited with his father in Florida.