By Lizzie May For Mailonline

This is the hilarious moment a Doberman tries to eat the air from a leaf blower as its owner points it to the dog’s mouth.

Trent Nowak, from Arizona, captioned the funny video: ‘He’s such a weird dog’ as it shows his Doberman named Piccolo with his mouth wide open to welcome the leaf blower.

The three-year-old dog can be seen padding his feet on he floor in excitement before Mr Nowak turns the blower on. 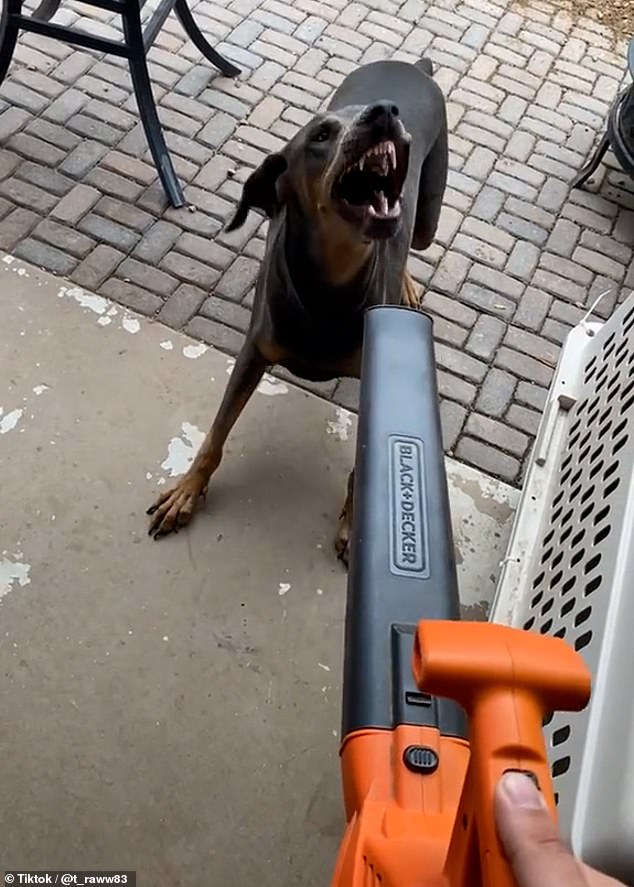 The Doberman is visibly excited when faced with the leaf blower

He hilariously bites down every few seconds as if to be ‘eating’ the air.

One user commented on the video saying ‘My dog does that too,’ and another said ‘You have to slo-mo this!’.

Mr Nowak has shared many videos of his beloved Piccolo on social media, and the TikTok clips in particular have made quite the impact. 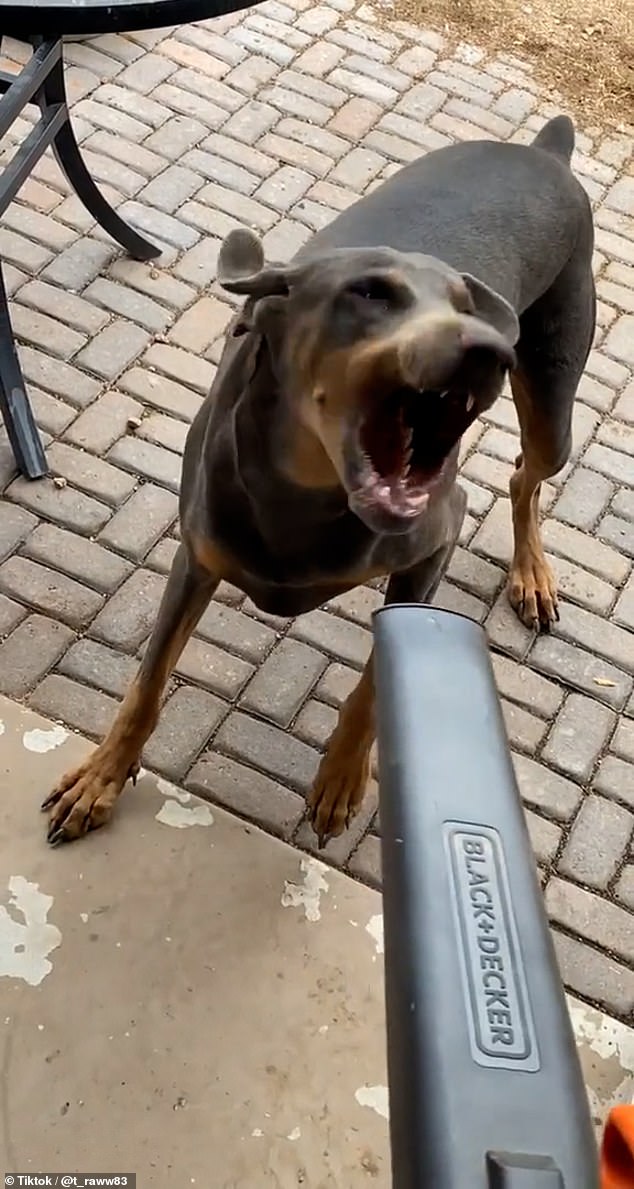 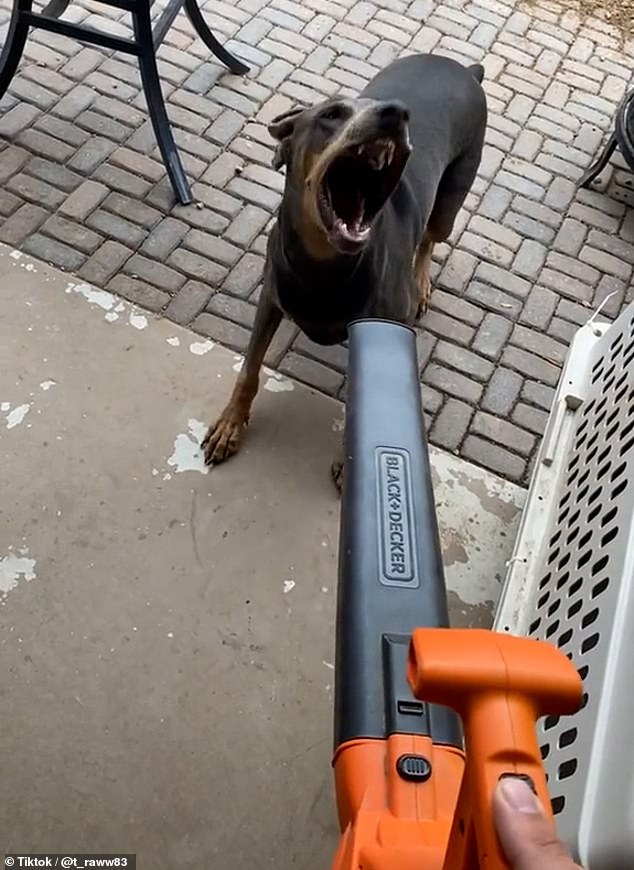 The moment of the floppy-eared brown dog was enjoyed by nearly 4,000 people on TikTok

In total his TikTok account, which contains mostly videos of his dogs Piccolo and Dozer, a Yorkie mix, he has accumulated over 1.1million likes and gained over 9,000 followers.

Others show the crazy Doberman popping balloons, with Mr Nowak captioning it: ‘Piccolo was in heaven.’

The floppy-eared dark and light brown dog has its canines on display as he ‘bites’ down on the air, but really the playful moment has now been enjoyed by nearly 4,000 people.