An ex-con out on parole after being convicted on weapons charges – and out on bail after another illegal firearm rap – was arrested after allegedly shooting a 13-year-old boy in the neck as the teen walked to catch a train to school in the Bronx.

The shooting occurred around 7:30 am  on Tuesday near 928 East 233rd Street and Bronxwood Avenue in Wakefield, and left police officials fuming over the revolving-door justice system in the crime-plagued city.

The boy miraculously is expected to recover after a quick-thinking neighbor had heard the gunshot and immediately called 911, according to FOX5 New York.

‘One inch to the side & this is a very different story,’ NYPD Commissioner Dermot Shea tweeted about Tuesday morning’s incident.

The alleged gunman, 36-year-old Hubert Wiggs, was on parole for a 2010 firearms and illegal drug conviction as well as being out on bail for possession of an illegal firearm charge he received in 2019.

‘So this individual today is on the street while on parole for a firearm, while out on bail for another firearm,’ NYPD Assistant Chief Kenneth Lehr said at a press conference Tuesday.

‘And today he’s walking around the Bronx with a firearm. And we have a 13-year-old boy shot in the neck, and for the grace of God he’s alive here today.’ 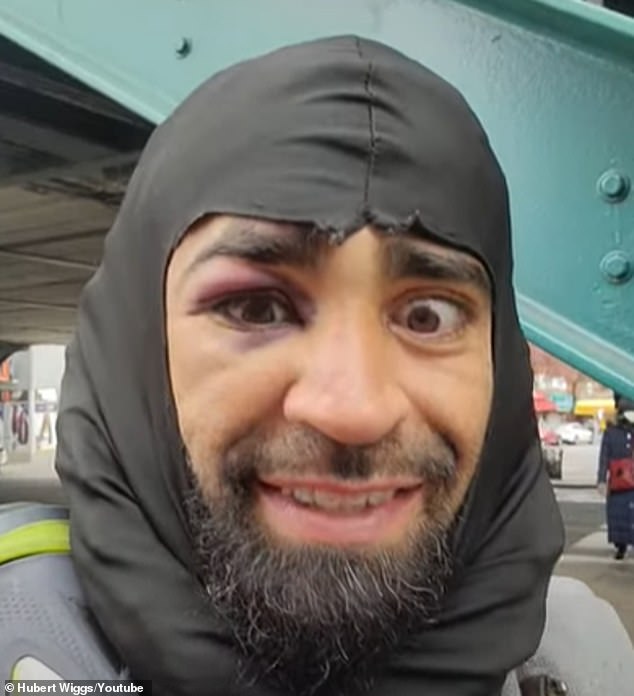 Hubert Wiggs, pictured, was arrested after officers recovered a six-shot revolver at the scene 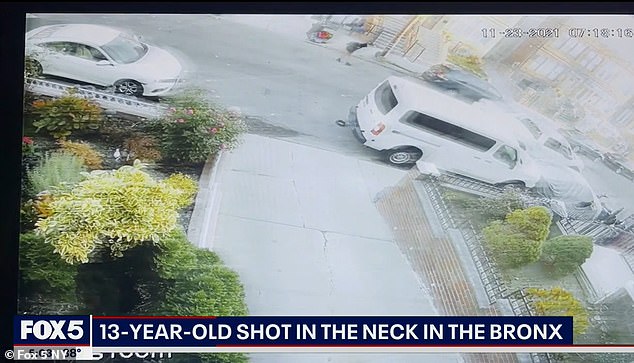 The incident occurred around 7:30 am near 928 East 233rd Street and Bronxwood Avenue in the residential Wakefield neighborhood, pictured, according to the NYPD 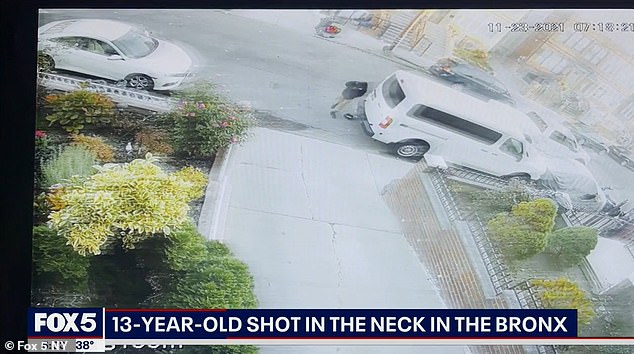 Pictured: the 13-year-old boy, who was walking to a train on his way to school, can be seen walking across a Bronx street Tuesday morning just before he was shot in the neck 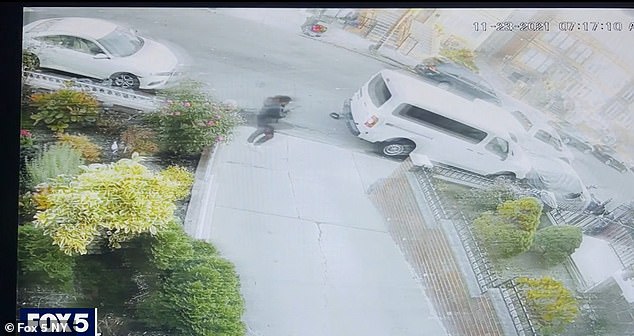 The shooter, pictured, can be seen following the boy before shooting him in the neck, injuring but not killing him 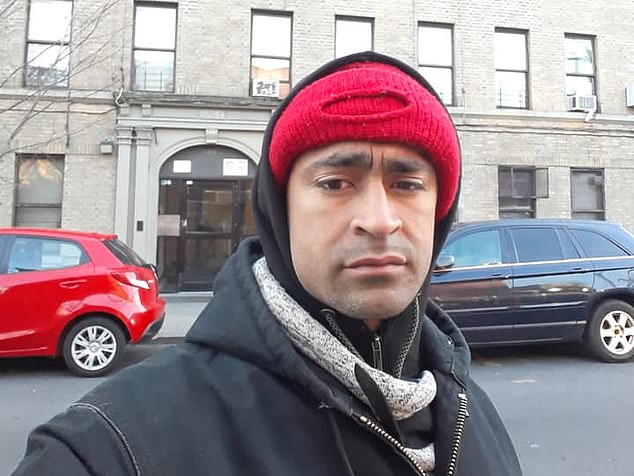 Pictured: the gunman, 36-year-old Hubert Wiggs was on parole for a 2010 firearms and illegal drug conviction and out on bail for possession of an illegal firearm charge he received in 2019

Wiggs, a Bronx resident, was taken into custody with officers recovering a six-shot revolver at the scene, police said.

Lehr said that the shooting ‘should not have happened’ before adding that such incidents are continuing to occur city and statewide due to a controversial bail reform bill imposed by New York State last year.

Enacted in January 2020, the law no longer requires cash bail for most misdemeanors and non-violent crimes. The purpose of the reform was to reduce the number of incarcerated people who cannot afford bail.

The bail reform makes release before trial automatic for most offenders whose charges fall into those two categories.

The boy in Tuesday’s shooting was walking to a nearby train station on his way to school when Wiggs reportedly followed him to the middle of the street before firing one shot. 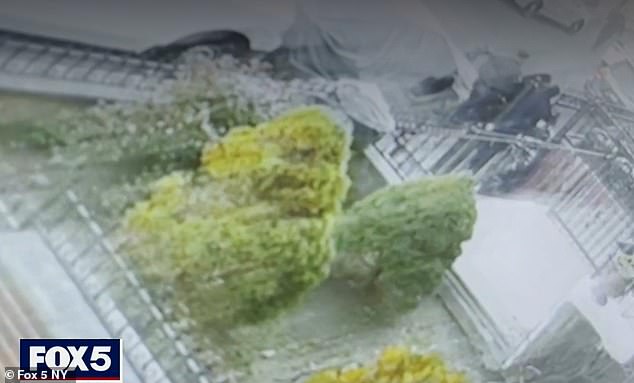 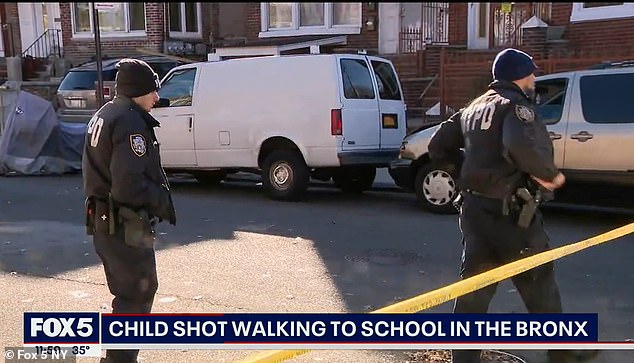 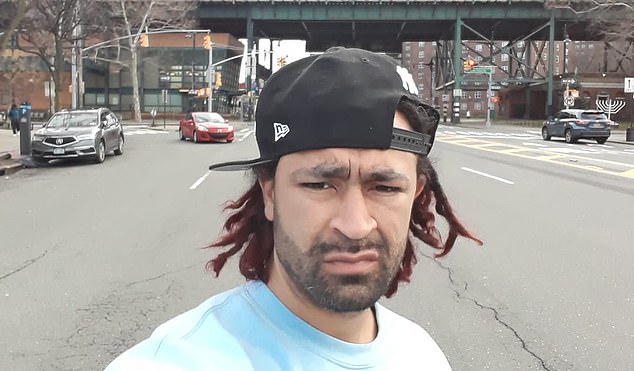 The unidentified teen was initially unaware he had been shot and kept walking until realizing he had been injured, sources told FOX5 New York.

He was rushed to Jacobi Hospital after finding help from a resident nearby.

Police are still investigating why Wiggs targeted the boy.

Wiggs was arrested after responding officers arrived at the scene and saw him putting an item onto the ground before picking it back up.

Authorities were able to immediately determine that the item was a firearm, which Wiggs tried to hide in his waistband before dropping the gun at the police’s command.

Wiggs had posted a five minute video to his YouTube account just a day before the shooting, reportedly on Allerton Avenue according to Wiggs’s recording, where he sports a black eye.