‘We have left your parcel…..in the ravine’: Hundreds of FedEx parcels are discovered dumped on stream bank as delivery firm races to collect and distribute them

Alabama officers have been left puzzled after finding hundreds of undelivered FedEx packages dumped in a ravine.

Blount County Sheriff’s Office said deputies responded to the area where the packages were discovered on Wednesday afternoon.

Images show boxes of various sizes littered around the wooded area, which is believed to be on private land.

The sheriff’s office alerted locals about the find on social media in case their package hadn’t arrived. 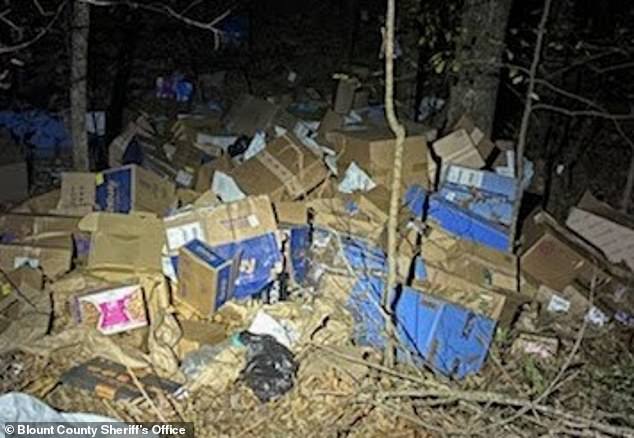 ‘To everyone in West Blount County missing packages from FedEx. I currently have a deputy on a location where it appears 300-400 boxes of assorted sizes have been thrown off a ravine,’ they said.

‘An area manager from FedEx is en route to the scene. Hopefully we will have some answers soon.’

It was not immediately clear who was responsible for dumping the packages or how long they had been there.

Last night couriers FedEx had trucks and drivers ‘from all over the south’ at the scene to start picking up the abandoned parcels ‘as soon as the sun comes up’. A sheriff’s deputy meanwhile stood guard to protect the packages from thieves. 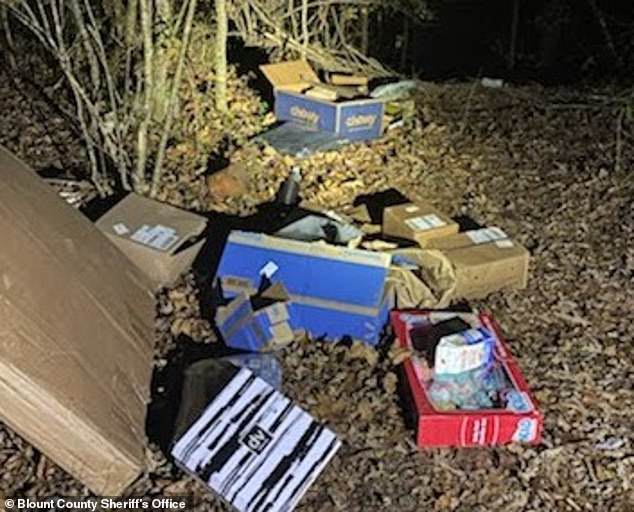 Images show boxes of various sizes littered around the wooded area, which is believed to be on private land

Local Natasha Abney said her neighbor had found the boxes on his property, saying some had fallen ‘as far as 60 feet’ down into the ravine.

‘Some busted open, some not,’ Abney told ABC News, adding that the ravine was a good distance away from the road and ‘no where you can easily get to’.

After reporting the abandoned deliveries to the Blount County officers, Abney said people have been driving past her house to go and search for their missing packages.

‘Everybody that had a package on that truck that was thrown down that hill has been wronged and it’s a really sad situation,’ she added.

A spokesperson for FedEx said: ‘The security of our customers’ shipments is a top priority and we are committed to treating our customers’ packages with the utmost care. 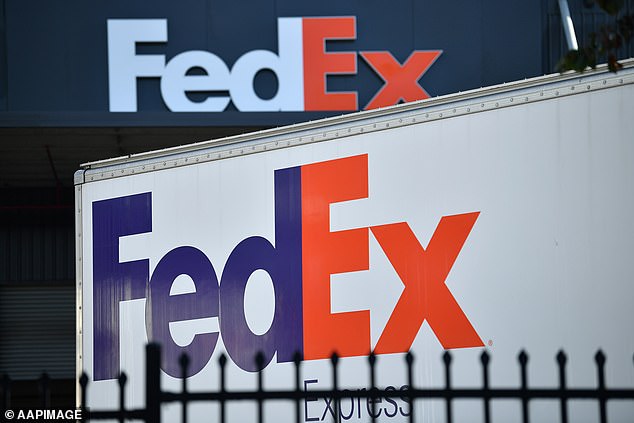 A spokesperson for FedEx said: ‘The security of our customers’ shipments is a top priority and we are committed to treating our customers’ packages with the utmost care’

‘We are taking steps to recover and transport the affected packages as quickly as possible. In addition to cooperating with law enforcement, we are conducting a review of this situation and will take the appropriate action.’

The post by Blount County Sheriff’s Office has caught the eye of several locals, with many saying they had been waiting on a package.

Gaybriel Frazier commented: ‘I am a resident in that area and have multiple packages missing that were being delivered by fed ex.’

Rhonda Campbell added: ‘I’ve had a package sitting in a truck in Bessemer since Oct 24. Wonder if it is in West Blount now!’