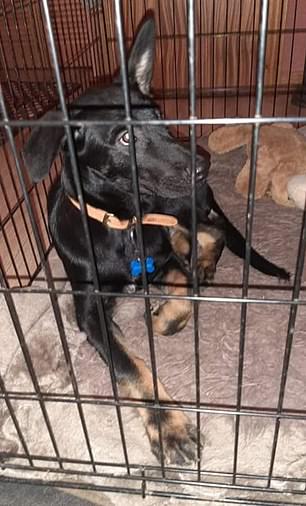 Pictured: Thor was given up by his owners after just weeks after pictures show he caused horrific injuries to his owners

A Scots dog owner was left with horrific injuries to both of legs after being attacked by her new puppy – just days after bringing him home.

William Fraser and his fiancée Marianne were excited to welcome young pup Thor into their home just in time for him to get settle for Christmas.

But the couple were heartbroken to discover that the German Shepherd Belgian Malinois cross puppy had behavioural problems and soon began to behave very aggressively.

Shocking images show purple and black bruises all the way up one leg and two puncture wounds in the flesh of Marianne’s legs.

William said it was ‘with heavy heart’ that they were forced to make the decision to give him up.

William told the Mail: ‘We saw a dramatic change in the second week he was with us.

‘He started to challenge Marianne, locking on and not letting go, then the biting started.’

The couple had adopted Thor from Fawnnest Kennels in Lockerbie and shared the images of Marianne’s injuries in a bid to warn others.

They brought Thor home from the breeders on October 17 and it was only a matter of days before the problems began, the couple told MailOnline.

William said they tried to stay optimistic and even invested in getting a trainer and a behaviour specialist but that there was no improvement in his behaviour. 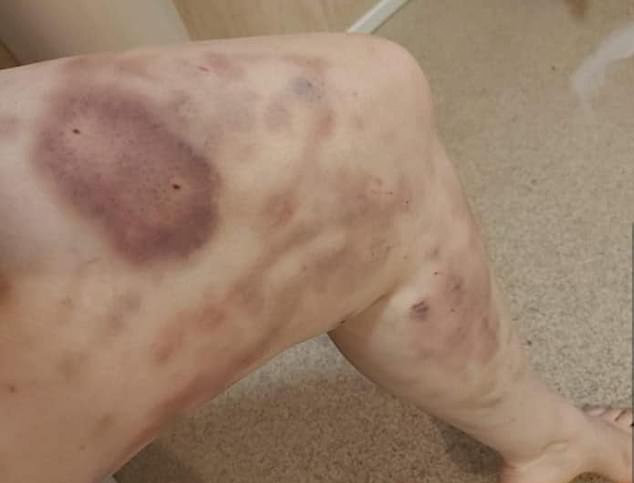 German Shepherd Belgian Melinois mix locked on to owners’ legs and did not let go, they said 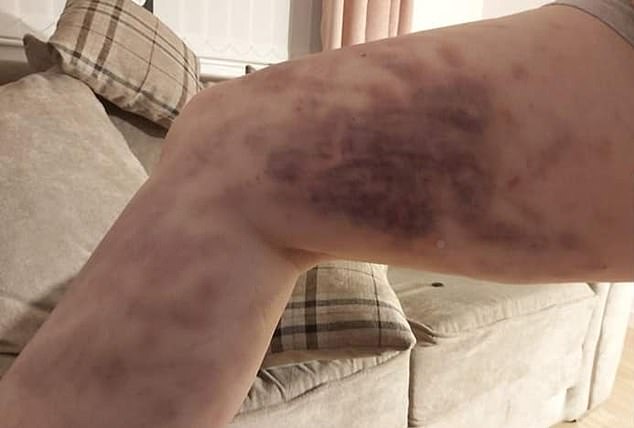 The behaviour left the owner with horrific injuries to their legs, pictures shared have shown 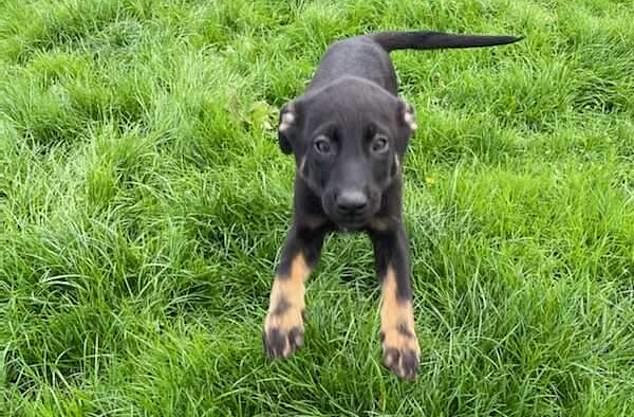 Thor, the 17-week-old German Shepherd Belgian Malinois cross was given up by his owners

‘After couple of days, he got worse and it resulted in Marianne endlessly being attacked and her face being hurt.’

In what he described as ‘the hardest decision’, William said the couple decided to give Thor up to a rescue centre who specialised in retraining dogs for military or police service.

He told MailOnline: ‘We are devastated. It still hurts. We had to take time off our work as we are that upset especially coming up to Christmas time where we thought we would have our we pup.

Thor was picked up by Julie Nevett this week and she said she had received another puppy – which she called Thor 1 – from the same litter after its owners were unable to cope with behavioural problems.

In a post on Facebook, Julie said Thor 1 had been brought to her because he had caused injuries to a child which required medical treatment.

She claims both puppies were handed to owners by Fawnnest Kennels and that the owners expected to get ‘pet-quality pups’. 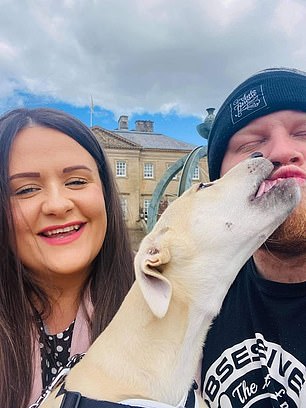 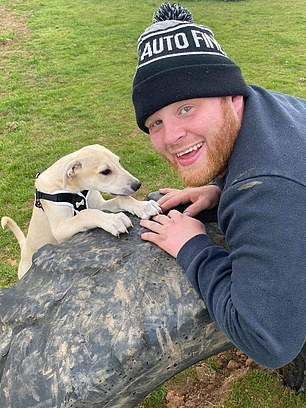 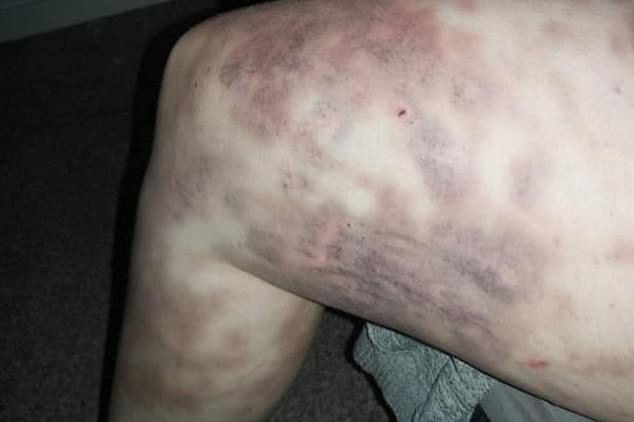 Sharing images of the horrific injuries on Facebook yesterday, Julie wrote: ‘I have never publicly named the breeder of any dog that has entered our rescue.

‘I feel dreadful for both owners, not only have they lost a significant amount of money and their puppy, they have quite serious injuries.

‘Do not buy a “pet” Malinois X German Shepherd from Fawnnest Kennels. I b****y hope the breeders are suitably ashamed of themselves.’

The post has received over 300 comments from social media users who were split with their opinions whether it was the breeder or the fault of inexperienced owners. 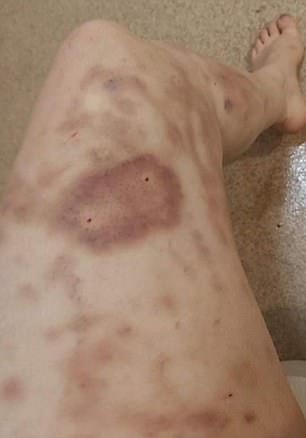 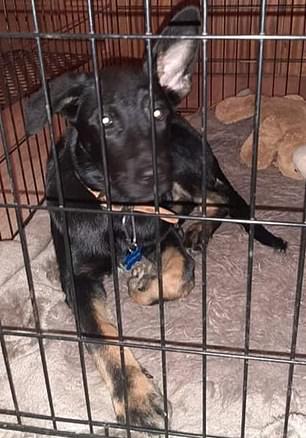 ‘Its spine and hips are riddled with problems, pup has also bitten them a few times too.’

William told MailOnline he has contacted the SPCA and the local council to raise concerns about Fawnnest Kennels.

He says when he complained to the breeders they offered him a refund in exchange for the return of the puppy.

But Mr Fraser told MailOnline: ‘It’s not about the money – it’s about the pup and what they have done.’

In his warning shared online, he added: ‘This is not Thor the pup’s fault as they have obviously been kept as wild animals.

‘I just want people to know there are two of the same pack there.’

German Shepherds and Belgian Malinois are typically trained for the police and the military, although it is not uncommon for them to be owned by families.

It is understood Thor was taken to be retrained for police and military service.

Fawnnest Kennels has been contacted by MailOnline.