A woman gazing up into the stormy sky above her backyard was shocked to see the shape of a man’s face hidden in the clouds.

Shaquira Hobbs managed to photograph the incredible sight outside her home in Booragul in NSW’s Lake Macquarie region on Sunday night.

The extraordinary shot shows a cloud looking remarkably similar to the profile of a man with his forehead, eyes, eyelids nose and chin all outlined among the grey shapes. 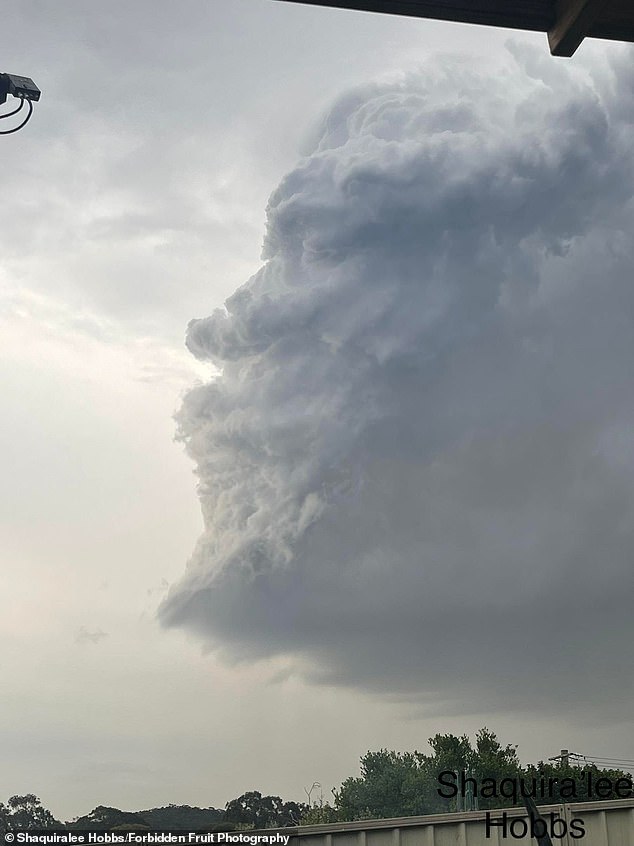 Shaquira Hobbs managed to photograph the shape of a man’s face outlined in the clouds above her backyard in Booragul, NSW on Sunday

Speaking to Daily Mail Australia, Ms Hobbs, who is a photographer, said the phenomenon lasted for about 45 seconds.

‘I thought it was incredible but had to get my partner to look as well because I thought I may have also been seeing things,’ she laughed.

She said she’d been setting up her professional camera to take some shots of the lightning when she noticed the unusual cloud formation.

‘It happened so quick I had no time to move around so I quickly grabbed my phone instead,’ she said.

‘It is honestly scary how good the detail is, the cloud has so many features of a real man.’

Ms Hobbs immediately sent the photo to her mother and afterwards inspected the shot with her partner.

The incredible image has since done the rounds on social media.