About a dozen unmasked protesters have stormed a Kmart store, causing chaos as others shopped, to oppose Victoria’s vaccine mandate.

The chaos unfolded at a Melbourne outlet on Wednesday, with many disinterested shoppers appearing embarrassed at the intrusion.

Onlookers watched as they filled their trolleys and chanted through the aisles.

‘No vaccine passports. Kill the bill. End the mandate,’ they yelled. 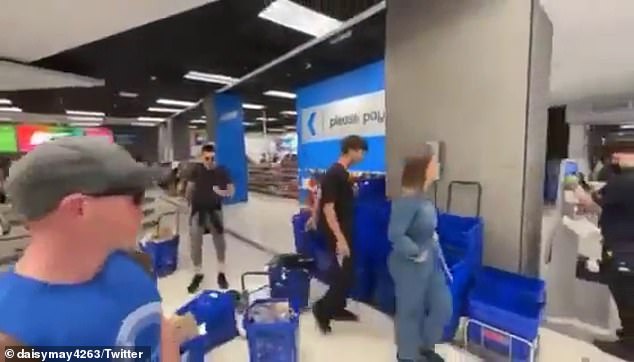 Anti-vaxxers stormed a Melbourne city centre Kmart, filled their baskets and then dumped them at the entrance in a very bizarre display of petulance

But then, their cunning plan took a turn for the even weirder.

It seems the anti-vaxxers had not been shopping to tune of their chants after all.

In a stunning display of entitled petulance, they dumped their trolleys en masse at the entrance to their shop and walked out onto the street.

The tedium of their three word slogan shouting was then briefly interrupted with two half-hearted blows of a whistle. 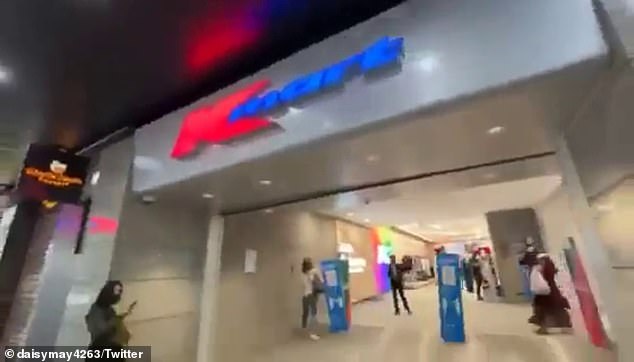 At this point the protestors then applauded themselves for causing a nuisance and leaving a mess for people who work for a living to clean up.

The group seems to revive their spirits though, and the whistler raises his interest level and pitch.

Then the chanters add another three words to their limited vocabulary – ‘Jail Dan Andrews.’

Mr Andrews has long been a target for Victorian anti-vaxxers. 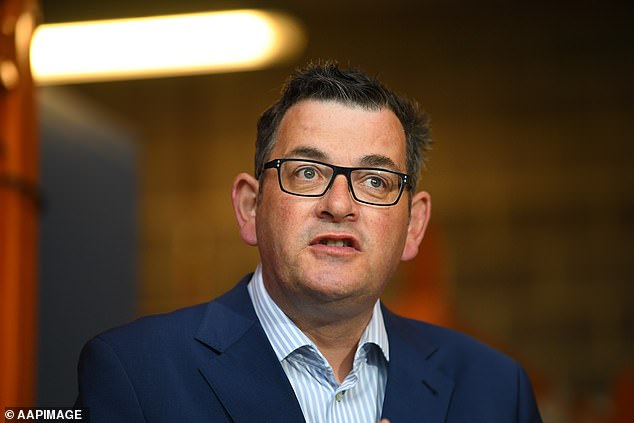