A milestone legal ruling might set the tone for a change in the opioid crisis debate nationally, after an Ohio court found that Walgreens, Walmart and CVS ‘recklessly distributed painkillers like they were a gumball machine’ in two counties.

The case marks the first time in which pharmacy chains – rather than manufacturers -have been found liable for the health crisis that has claimed more than 500,000 lives in the United States over the last two decades and 100,306 just in the past year.

The three companies acted illegally in filling significant opioid prescriptions in Lake and Trumbull counties, creating an ‘oversupply’ of the drugs and a ‘public nuisance,’ a jury in a federal court in Cleveland found.

How much the pharmacies must pay in damages will be decided in the spring by a federal judge. CVS Health, Walgreen Co. and Walmart Inc. said they will appeal.

Lake and Trumbull counties blamed the three chain pharmacies for not stopping the flood of pills that caused hundreds of overdose deaths and cost each of the two counties about $1 billion, said their attorney, who in court compared the pharmacies’ dispensing to a gumball machine.

Roughly 80 million prescription painkillers were dispensed in Trumbull County alone between 2012 and 2016 – equivalent to 400 for each one of the county’s just over 200,000 residents. In Lake County, some 61 million pills were distributed during that period to its 700,000 residents.

Cities such as Warren, Niles, Churchill and Cortland in Trumbull and Madison, Perry and Timberlake in Lake County have been deeply affected by the crisis, prosecutors argued. 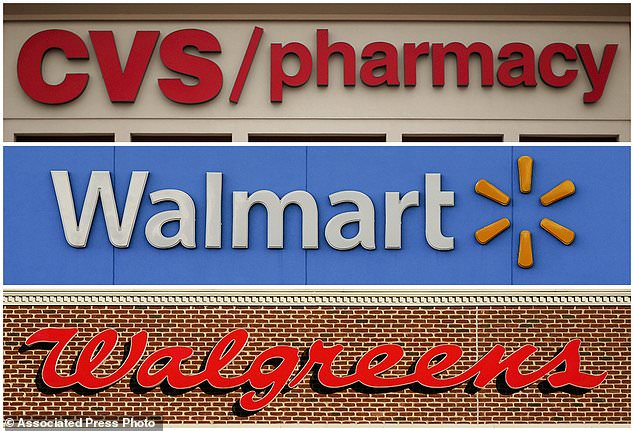 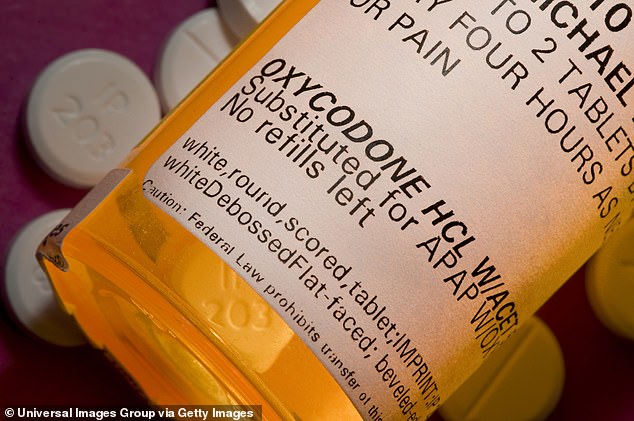 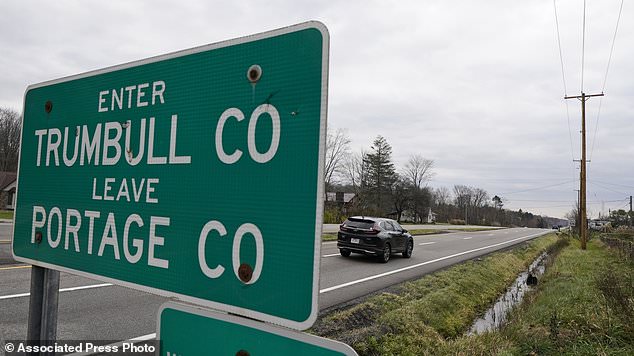 Lake and Trumbull counties blamed the three chain pharmacies for not stopping the flood of pills that caused hundreds of overdose deaths and cost each of the two counties about $1 billion, said their attorney. Roughly 80 million prescription painkillers were dispensed in Trumbull County alone between 2012 and 2016 – equivalent to 400 for every resident

The trial before US District Judge Dan Polster in Cleveland was part of a broader constellation of about 3,000 federal opioid lawsuits consolidated under the judge’s supervision. Other cases are moving ahead in state courts.

The counties convinced the jury that the pharmacies played an outsized role in creating a public nuisance in the way they dispensed pain medication into their communities.

‘The law requires pharmacies to be diligent in dealing drugs. This case should be a wake-up call that failure will not be accepted,’ said Mark Lanier, an attorney for the counties.

Walmart said in a statement that the counties’ attorneys sued ‘in search of deep pockets while ignoring the real causes of the opioid crisis – such as pill mill doctors, illegal drugs, and regulators asleep at the switch – and they wrongly claimed pharmacists must second-guess doctors in a way the law never intended and many federal and state health regulators say interferes with the doctor-patient relationship.’

‘The jury sounded a bell that should be heard through all pharmacies in America,’ Lanier said.

The pharmacy chains maintained they had policies to stem the flow of pills when their pharmacists had concerns and would notify authorities about suspicious orders from doctors.

They also said it was doctors who controlled how many pills were prescribed for legitimate medical needs.

Walgreens spokesperson Fraser Engerman characterized the case as an unsustainable effort ‘to resolve the opioid crisis with an unprecedented expansion of public nuisance law.’

The company ‘never manufactured or marketed opioids nor did we distribute them to the ‘pill mills’ and internet pharmacies that fueled this crisis,’ Engerman said in a statement.

A statement from CVS spokesperson Mike DeAngelis read: ‘As plaintiffs’ own experts testified, many factors have contributed to the opioid abuse issue, and solving this problem will require involvement from all stakeholders in our healthcare system and all members of our community.’ 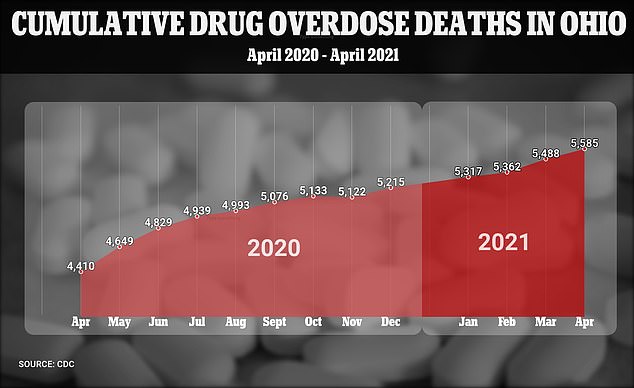 Cities such as Warren, Niles, Churchill and Cortland in Trumbull and Madison, Perry and Timberlake in Lake County have been deeply affected by the crisis, prosecutors argued. Over 5,000 Ohio residents have died from drug overdoses since the opioid crisis began in 1999 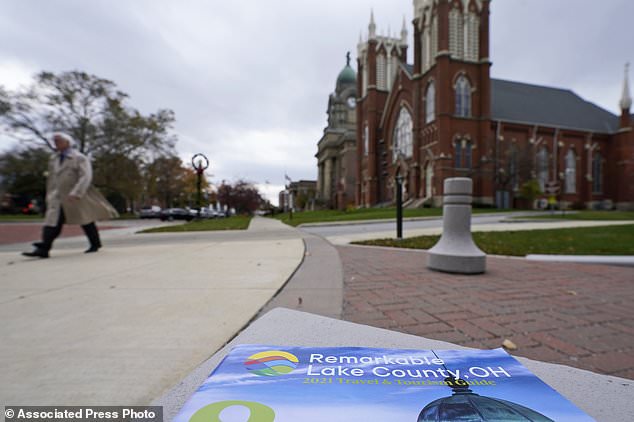 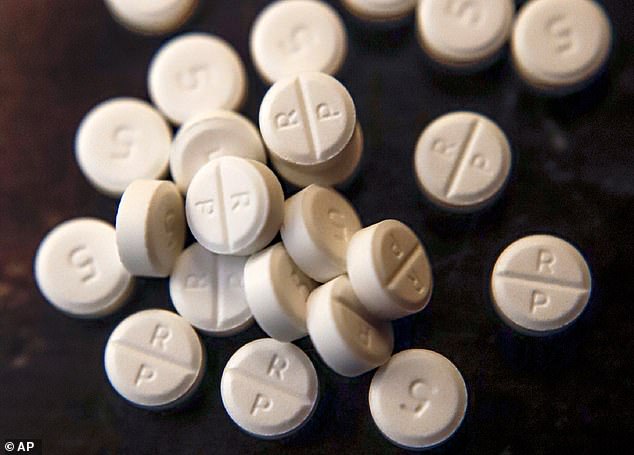 More than 5,000 people residents have died from drug overdose since the opioid epidemic started in 1999.

The rise in physicians prescribing pain medications such as oxycodone and hydrocodone came as medical groups began recognizing that patients have the right to be treated for pain, Kaspar Stoffelmayr, an attorney for Walgreens, said at the opening of the trial.

The problem, he said, was ‘pharmaceutical manufacturers tricked doctors into writing way too many pills.’

The counties said pharmacies should be the last line of defense to prevent the pills from getting into the wrong hands.

Lanier argued they didn’t hire enough pharmacists and technicians or train them to stop that from happening and failed to implement systems that could flag suspicious orders.

‘For decades, pharmacy chains have watched as the pills flowing out of their doors cause harm and failed to take action as required by law,’ the suing committee said in a statement. ‘Instead, these companies responded by opening up more locations, flooding communities with pills, and facilitating the flow of opioids into an illegal, secondary market.’

The Ohio counties suing argued that Walgreens, CVS and Walmart ‘recklessly distributed painkillers like they were a gumball machine,’ The dispensing rate per every 100 residents in 2016 was at 75.3 percent

More than 3,300 opioid lawsuits have been filed nationally against drug manufacturers, distributors and pharmacies, culminating with many of the companies – though not the pharmacies – agreeing to proposed global settlements.

The three largest U.S. distributors that supply pharmacies and hospitals – McKesson Corp, Cardinal Health Inc and AmerisourceBergen Corp – and drugmaker Johnson &amp; Johnson in July proposed paying up to $26 billion to settle most of the lawsuits against them.

Kevin Roy, chief public policy officer at Shatterproof, an organization that advocates for solutions to addiction, said the verdict could lead pharmacies to follow the path of major distribution companies and some drugmakers that have reached nationwide settlements of opioid cases worth billions.

‘It’s a signal that the public, at least in select places, feels that there’s been exposure and needs to be remedied,’ Roy said.

The government claims against drugmakers, distributors and pharmacies hinge on state and local public nuisance laws.

Roy noted that courts haven’t been consistent on whether those laws apply to such cases. ‘There’s been a variety of different decisions lately that should give us reason to be cautious about what this really means in the grand scheme,’ he said.

Earlier in November, a California judge ruled in favor of top drug manufacturers in a lawsuit with three counties and the city of Oakland.

The judge said the governments had not proven that the pharmaceutical companies used deceptive marketing to increase unnecessary opioid prescriptions and create a public nuisance.

Also this month, Oklahoma´s supreme court overturned a 2019 judgment for $465 million in a suit brought by the state against drugmaker Johnson & Johnson.

US annual drug overdose deaths surged to more than 100,000 for the first time during the Covid-19 pandemic, a crisis driven mainly by fentanyl and exacerbated by a flood of fake online pills. 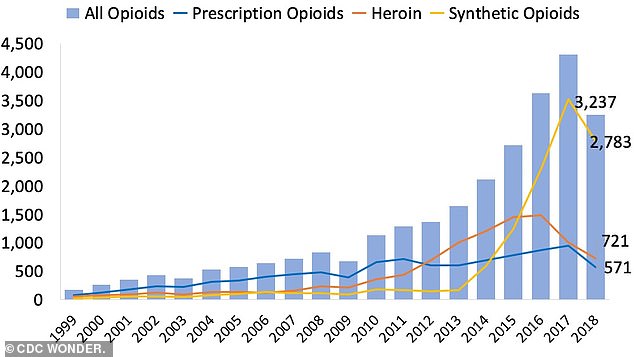 Prescription Opioids in Ohio caused 571 deaths in 2018 and 477 in 2019, the last available data the CDC has released for the state

Between April 2020 and April 2021, the country saw 100,306 fatal overdoses, an increase of 28.5 percent compared to the same period the previous year — equal to one death every five minutes.

Overall, opioids accounted for 75,673 of the 100,306 fatalities, with the vast majority from synthetic opioids, primarily fentanyl.

At the same time, the US Drug Enforcement Administration has warned Americans about prescription pills available online that are made to look like real Oxycontin, Vicodin, Xanax or Adderall, but contain lethal doses of fentanyl and methamphetamine.

Biden’s administration meanwhile announced the release of a ‘model law’ it wants states to adopt that would widen access to naloxone, a life-saving nasal spray that reverses overdoses.

The act includes provisions that would grant immunity to individuals who administer naloxone, require physicians to co-prescribe it when prescribing opioids, ensure health insurance covers the medicine, and seek to educate more people about the benefits.