By Andrew Brown For Aap

Domestic travellers who require a negative COVID-19 test for interstate travel will not have to foot the bill, the federal health minister has confirmed.

It comes amid growing confusion over who would have to pay for the COVID-19 tests, which are required by interstate travellers to enter Queensland.

Some of the tests would cost up to $150 per person, leading to concern it would be a financial setback for some.

Queensland Premier Annastacia Palaszczuk has been calling for the federal government to enable a Medicare rebate for the tests if it’s conducted at a private clinic.

Jurisdictions such as Queensland, WA and SA require a mandatory nose and throat swab, or PCR test, up to 72 hours before entry. 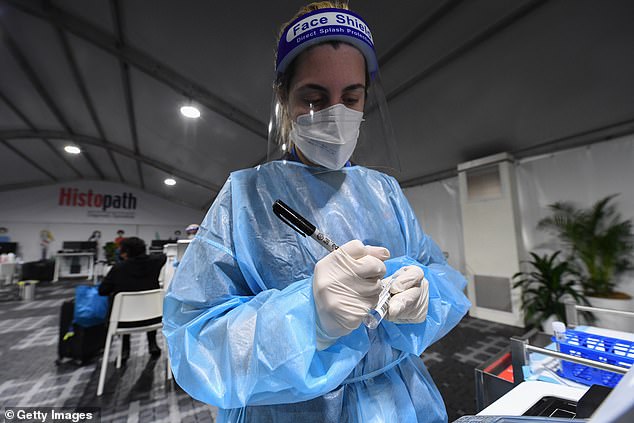 Health Minister Greg Hunt said those seeking a PCR test won’t have to pay for the test if it happens at a state-run clinic.

Mr Hunt said travellers would be able to enter Queensland by showing a text message confirming their negative test, rather than a formal certificate.

‘The commonwealth has always funded 50 per cent of the cost of the PCR tests,’ Mr Hunt said on Twitter.

‘The only thing that has changed is that after accepting text confirmation for 18 months and then rejecting it again for 24 hours, Queensland is now accepting the same text messages again, dropping their demand for a certificate.’

Queensland is set to reopen its borders to COVID hotspots from December 17, or when the state hits 80 per cent of its residents over 16 being fully vaccinated.

‘They don’t need to have the result, but they will need the test within 72 hours,’ he told ABC News on Wednesday.

‘Some people from LGAs around the country which have got lower vaccination rates will be asked to have a test on arrival, they have to isolate before the test but not until they get the test result.’

It comes as NSW recorded 248 new cases of COVID-19 in the past reporting period, with two deaths.

In Victoria there were 1196 new infections and three deaths.

The ACT reported 19 cases, while two cases were detected in the Northern Territory on Tuesday.