An outraged recruiter has revealed how a property boss made shocking comments about a size 16 candidate’s weight, saying she ‘wasn’t the slimmest’.

When she asked the employer for feedback, the employer text to say the candidate, who is a size 16, had ‘good grasp on the local area’ but that he was ‘bothered’ by her looks and she might not be the ‘full package’. 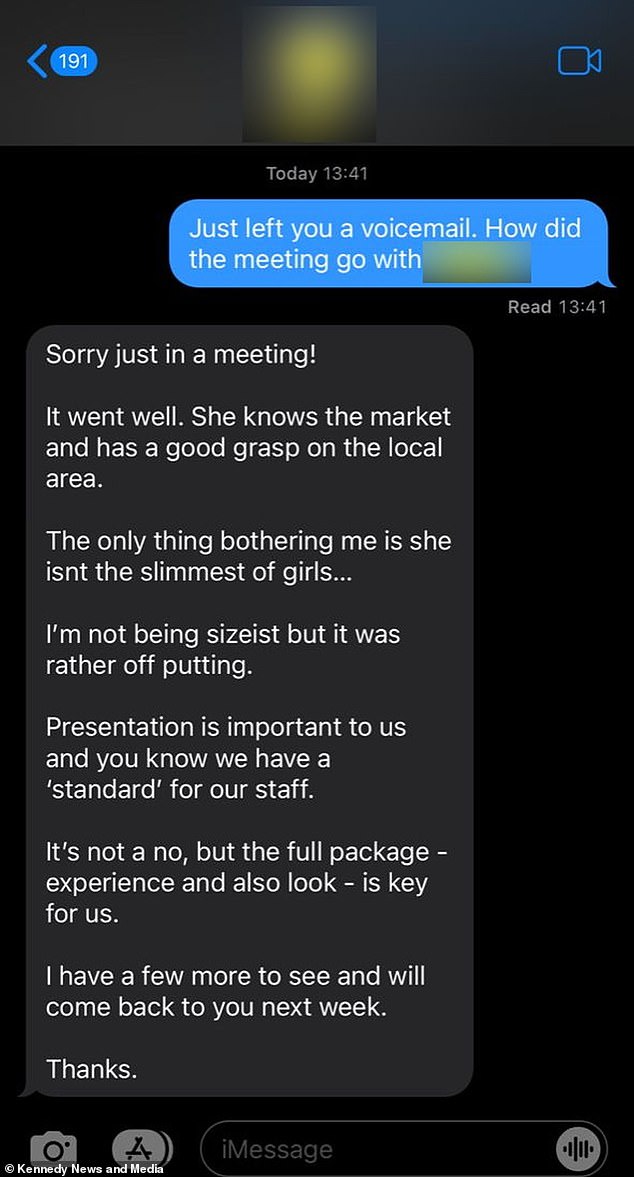 When a recruiter asked an employer for feedback on an interview, he text to say the candidate had ‘good grasp on the local area’ but that he was ‘bothered’ by her weight 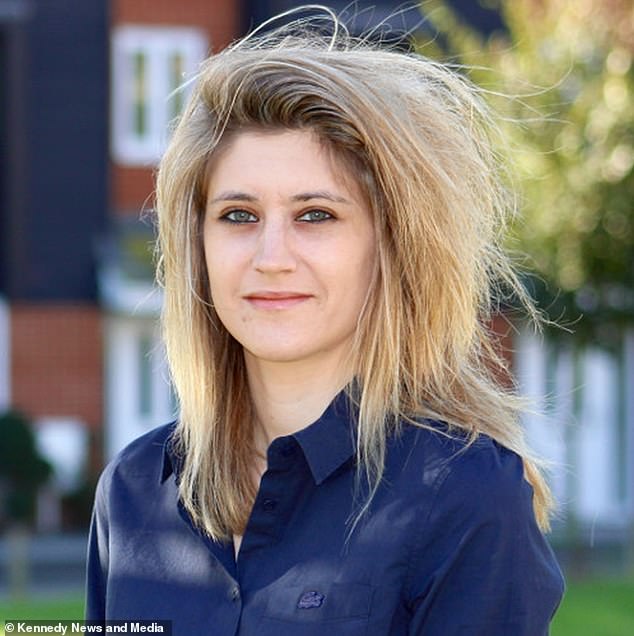 He wrote: ‘She isn’t the slimmest of girls… I’m not being sizeist but it is rather off putting. Presentation is important to us and you know we have a “standard” for our staff. It’s not a no, but the full package – experience and also look – is key for us [sic].’

Ms Angeletta later spoke to the jobseeker and they made the decision to pull her from the list of potential candidates. She also shared the employer’s message on LinkedIn.

She said: ‘I’ve been working in recruitment for seven years. It was unbelievable. That message [about her ‘not being the slimmest’] came through on text message. I absolutely couldn’t believe he’d put it in writing.

‘On the phone he said, “well, you know, I worry for the stairs that we’ve got in the show room or her having a heart attack”. He was a slimy, horrible man. He laughed down the phone.

‘This woman is a size 16, the average size for a woman in the UK. It’s just honestly unreal.’ 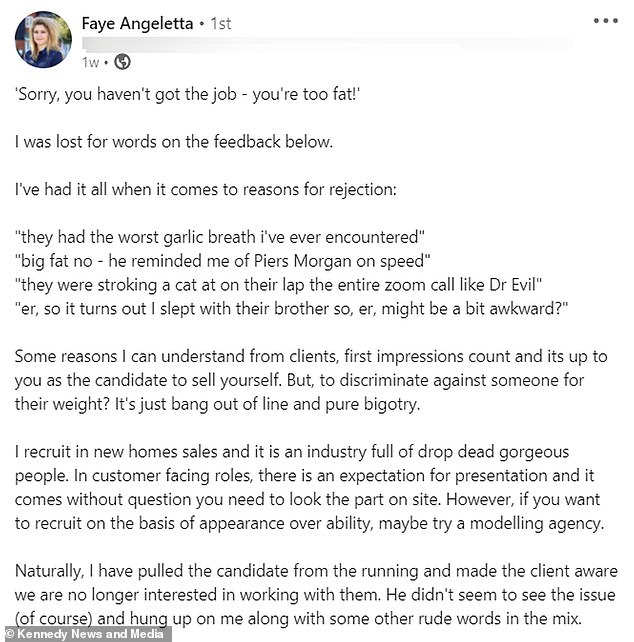 Ms Angeletta later spoke to the jobseeker and they made the decision to pull her from the list of potential candidates. She also shared the employer’s message on LinkedIn, pictured

Ms Angeletta decided to tell the jobseeker why she missed out on the job, which is common in recruitment to help candidates improve on future interviews.

In this case Ms Angeletta wanted to help the jobseeker avoid working with the company in future.

She explained: ‘People need to know why they didn’t get a job and what they can improve on.

‘You might say, “just make sure before your interview you check yourself in the mirror and make sure your hair’s tidy or you don’t have coffee on your lips”. 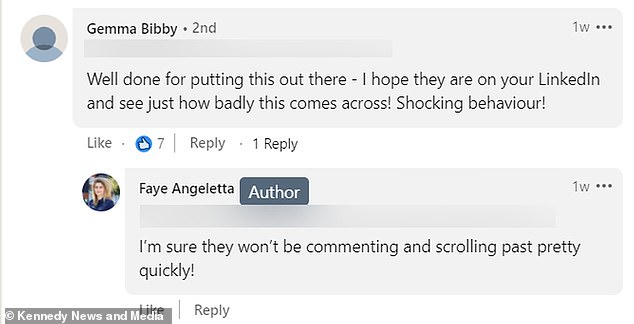 Horrified LinkedIn users were quick to comment, saying they were shocked at the boss

‘He didn’t actually say no to her. He basically said he was still interested but she was too fat.

‘If I put that person [the jobseeker] in that job, I would feel responsible for the bullying that could happen. I couldn’t put her in a job where she would be judged on the basis of her appearance is absolutely not okay.

‘She said “I want to know honestly what the feedback was”. When I told her, she just laughed and said “are you joking?”‘

The recruiter also told the employer he was ‘wrong’ to make comments about the candidate’s weight.

Ms Angeletta shared her exchange with the employer on LinkedIn, alongside a post explaining she had seen candidates rejected from other roles for reasons unrelated to job performance.

LinkedIn users were horrified by the employer’s comments.

Rosie Christie said: ‘I would love to see a picture of this guy. Would he be a suitable candidate for the cover of Men’s Health? It’s usually those that aren’t a 10/10 that would make these kind of comments.’

Caroline Fertnig said: ‘Just a shame it’s not possible to name and shame. There appears to be a shortage of good new homes sales staff and it would be shame for anyone to work for such a tool!’

Catherine Marshall said: ‘It’s not just size people get turned down for – there are some people out there that won’t take people because they don’t fit their mold, and then the ageist.

‘I got told the other day your too old to get the job. People like this don’t deserve the jobs they are in.’

Jamie G said: ‘Wow, I’ve heard some very unsavory reasons not to hire but this is up there with the worst….how do you provide feedback on this as a recruiter?’

Samantha Marlor said: ‘This is absolutely disgusting and happens way too often, albeit without it being said it is the actual reason.’