Experts have warned potentially deadly asbestos could be dumped in kerbside bins as do-it-yourselfers tackle home renovations projects picked up during months of lockdown boredom.

The Asbestos Safety Eradication Agency’s recent research found 28 per cent of people who discovered asbestos in renovations admitted they disposed of it improperly.

This was most often in their or their neighbours’ wheelie bins – a stunning admission considering breathing in asbestos fibres can cause lung, throat and ovarian cancer. 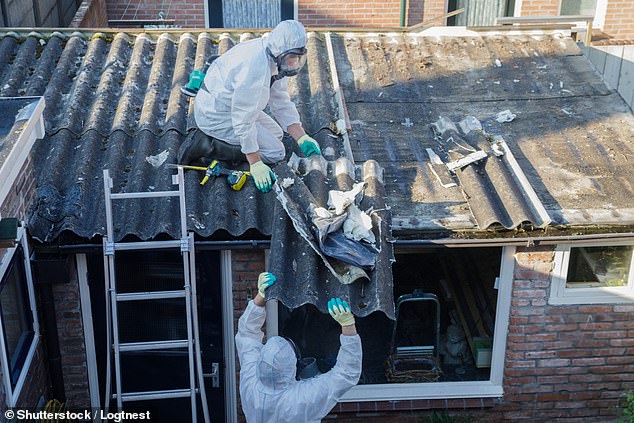 ‘There is no safe level of exposure to asbestos fibres,’ the agency’s CEO Justine Ross said.

She added that the extremely dangerous building material is still found in about a third of home across Australia.

While the material is somewhat safe as long as it is not disturbed if the particles become airborne – such as when breaking up the material into a bin – they are highly dangerous.

Removal of the material must be carried out by licensed demolition contractor who specialises in its removal.

The area must be sealed off to prevent fibres escaping and full hazmat gear must be worn when directly dealing with the asbestos.

‘Asbestos is still causing cancer in Australians,’ she said. 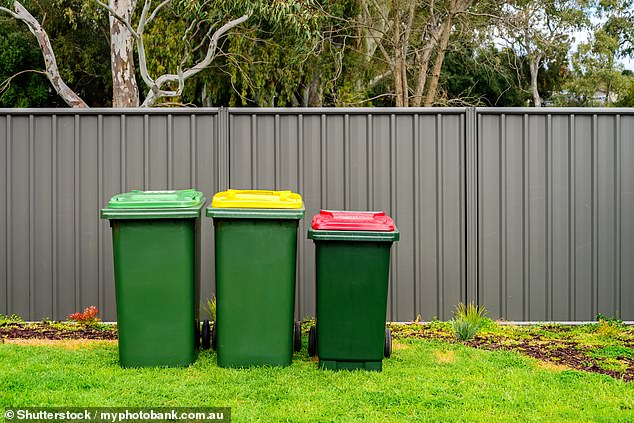 She said about 700 cases per year of mesothelioma – a cancer in the lining of the lungs, heart, or abdomen commonly caused by asbestos – are diagnosed each year in Australia.

While the material was phased of construction projects in 1990 and made illegal in 2003, Ms Ross said there was still about six million tonnes of legacy asbestos in Australia.

November 22 to 28 is Asbestos Awareness Week.

Ms Ross said the agency was working on a ‘data driven artificial intelligence’ heat map which would show what areas in Australia have the most asbestos.

She said this would allow for specific removal programs to be carried out in areas most at risk.