A Liberal candidate has become the target of a vile letterbox campaign falsely claiming she slept her way into power.

Georgia Ryburn, 29, became aware of smear pamphlets being distributed around her electorate just a few days after she arrived home from the hospital with her newborn baby.

The posters falsely claimed she had slept with NSW state MP James Griffin to run for the Liberal Party on the Northern Beaches Council.

The pamphlets were reportedly circulated in suburbs situated in the ticket Ms Ryburn is looking to represent in Balgowlah Heights, Clontarf and Manly. 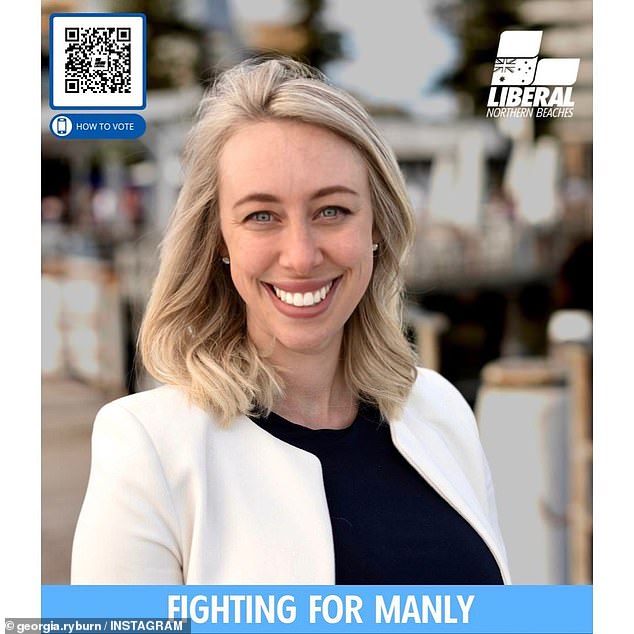 Georgia Ryburn, 29, (pictured) became aware of the vile letterbox campaign just a few days after she arrived home from the hospital with her newborn 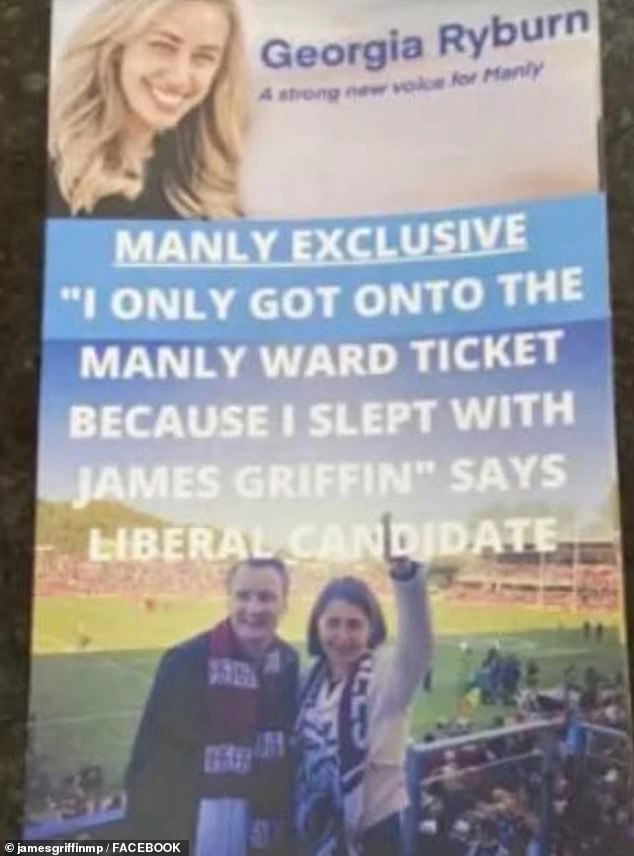 The  pamphlets making the false claims (pictured) were reportedly circulated in suburbs situated in the ticket Ms Ryburn is looking to represent; in Balgowlah Heights, Clontarf and Manly

‘MANLY EXCLUSIVE,’ the poster reads, before falsely stating: ‘I only got onto the Manly Ward ticket because I slept with James Griffin says Liberal candidate.’

Ms Ryburn described the defamatory pamphlets as ‘abhorrent and disgusting’ in an interview with news.com.au.

‘There was a negative letter dropbox against me with some nasty and deplorable implications. These things are really hurtful.’

The new mum said she hoped the posters didn’t discourage other young women from entering politics or detract from her campaign.

While the Liberal candidate doesn’t know who is responsible for the smear campaign she has suspicions it came from a political adversary.

Ms Ryburn – who is also a management consultant at PricewaterhouseCooper –  is currently seeking legal advice and refuses to be derailed by the incident.

In July, she won the Liberal preselection in Manly and has since been encouraging her followers to vote for her at the local government election on December 4.

‘Rain, hail or shine, pre-poll starts tomorrow,’ she posted to Instagram on Sunday. 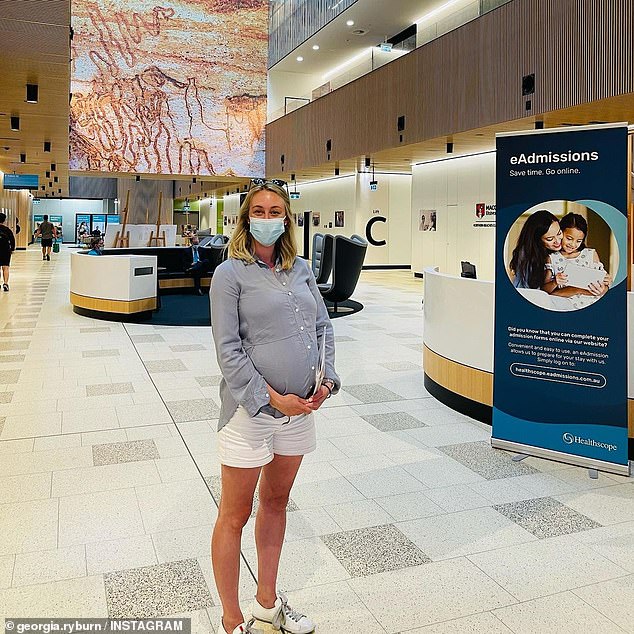 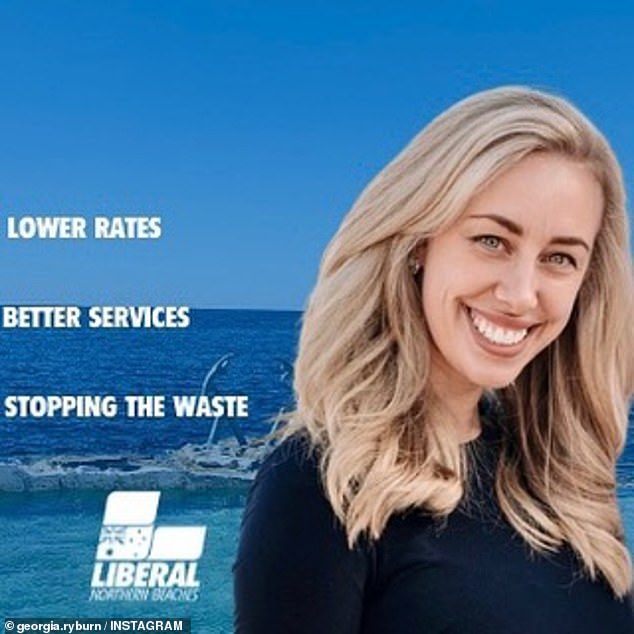 The politician has promised to focus on the environment, support communities and businesses bounce back from Covid-19 and encourage more tourism in Manly.

‘All I can do is keep focus on the campaign and the task at hand and it’s still important to just stand by what I’m standing for, having a voice and representing Manly and representing women,’ she said.

‘The NSW Government ran a campaign this year to increase the representation of women at Local Government elections. We did so because currently women represent just 31 per cent of all councillors in NSW,’ Mr Griffin said.

‘This idiotic behaviour shows why it is hard to not only get good women, but good people generally, to stand for local Government.

‘These sorts of messages have no place in politics or our society in general.’

The current Deputy Mayor of Manly Candy Bingham was also entangled in the smear  campaign after the posters claimed to be authorised by her Good For Manly team. 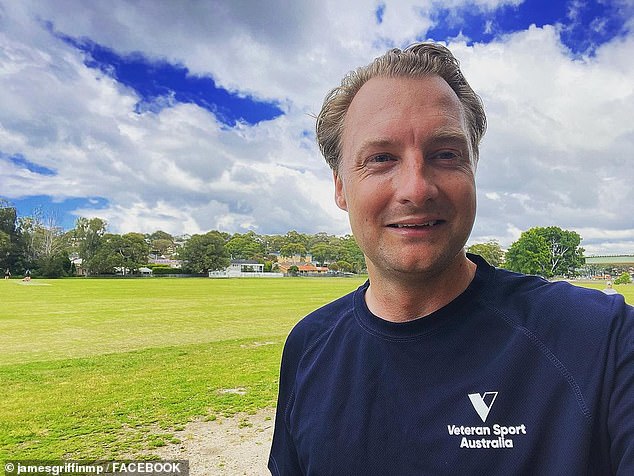 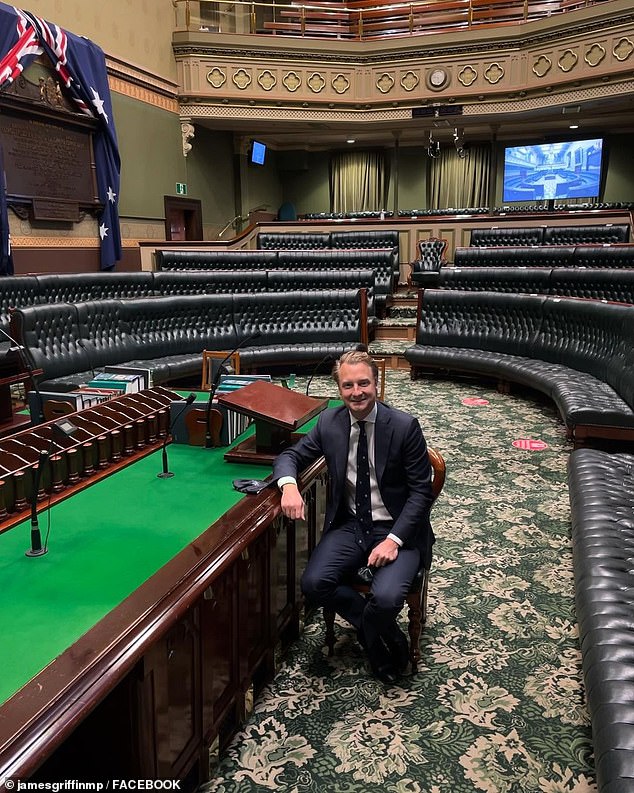 ‘This idiotic behaviour shows why it is hard to not only get good women, but good people generally, to stand for local Government,’ Manly MP James Griffin (pictured) said of the posters

Ms Bingham has denied she nor her colleagues have anything to do with the vile pamphlets and said she feels ‘so sorry’ for Ms Ryburn.

She told the Daily Telegraph one of her supporters had received one of the posters in their letterbox and had quickly raised the alarm.

The deputy mayor said she formally reported the matter at the Manly police station on Sunday and continued to tell voters the claims were fake.

‘It’s her first campaign. We want to encourage women to stand for council, state and federal government, but this was a particularly nasty comment,’ she said.

Northern Beaches detectives have reportedly launched an investigation into who printed and distributed the flyers.