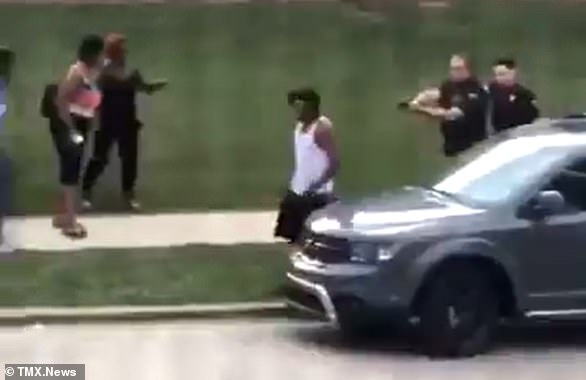 Witnesses reported that at least three police officers had their guns drawn as Jacob Blake (seen above in the white t-shirt) was walking away from them in Kenosha, Wisconsin, on Sunday, August 23, 2020 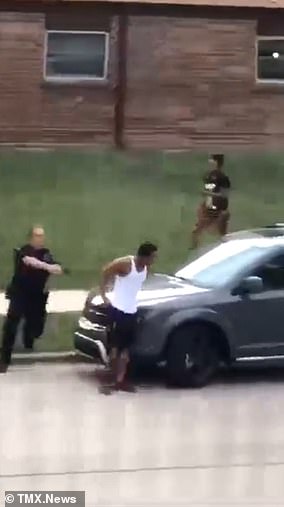 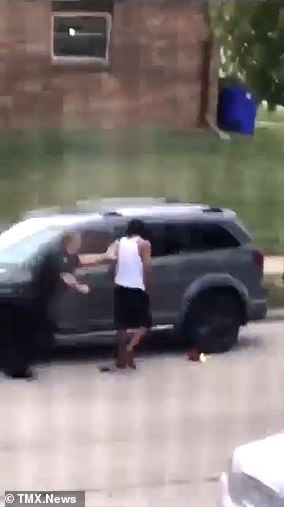 The images above show the moments leading up to the shooting. Blake (seen in the white shirt) walks away from a police officer who has his gun drawn and is ordering him to stop 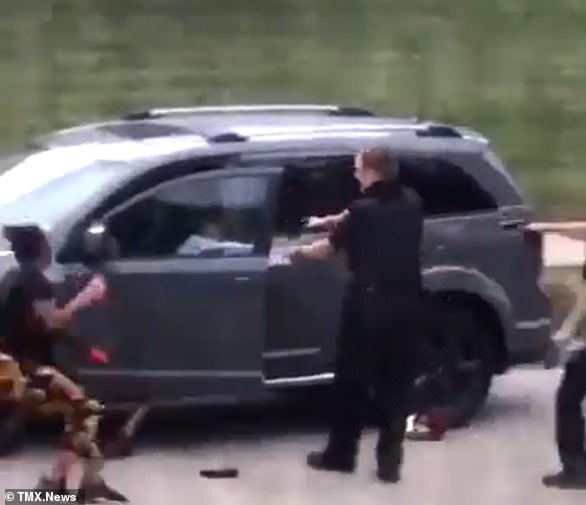 The image above shows the moment a Kenosha, Wisconsin, police officer fired at least seven shots into the back of Jacob Blake as he was getting into an SUV in a residential neighborhood 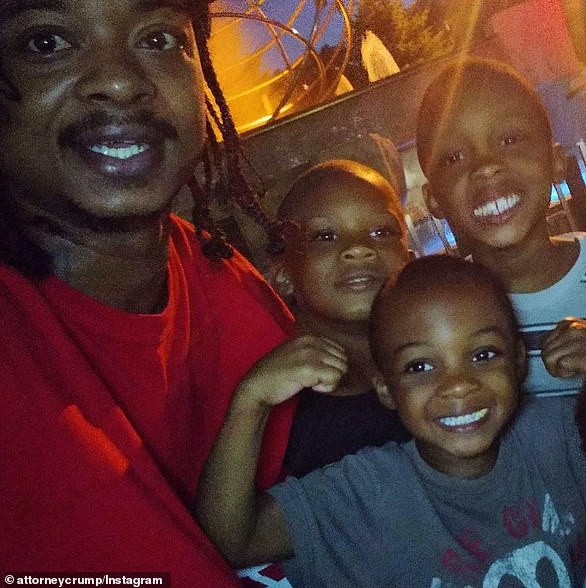 Blake is seen far left with his three children. Witnesses said all three of his kids were in the back seat of the SUV when their father was shot

Sunday, August 23, 2020: Jacob Blake, a 29-year-old black man, is shot seven times in the back from point-blank range by police in Kenosha, Wisconsin.

The shooting took place as Blake was getting into an SUV with his three young children – ages 8, 5, and 3 – in the back seat.

Video of the incident filmed from across the street shows a white police officer, Rusten Sheskey, walking behind Blake as he walks around to the driver’s side of the SUV.

As Blake opens the front door and reaches inside the vehicle, Sheskey opens fire and shoots seven times.

Blake was airlifted to a hospital in Milwaukee. He survived the shooting, though he is now paralyzed from the waist down.

Kenosha police claimed Blake had a knife and fought with officers, putting one of them in a headlock and shrugging off two attempts to stun him.

As news of the shooting spreads, hundreds of protesters gather in the city.

Marchers headed to the Kenosha County Public Safety Building, which authorities had mostly blocked off.

Officers deployed tear gas in an effort to disperse the protesters. 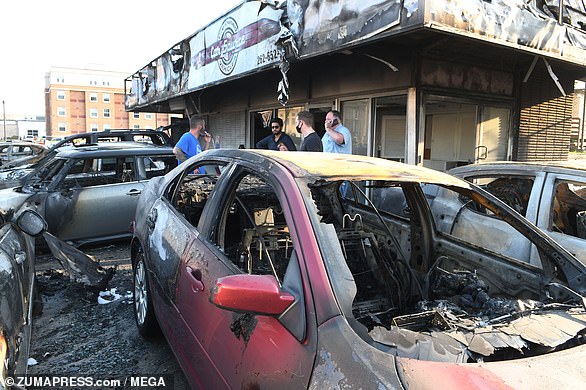 Aftermath of the riots are laid bare at one autoshop, showing the business charred and burned with dozens of cars also burned out, out front 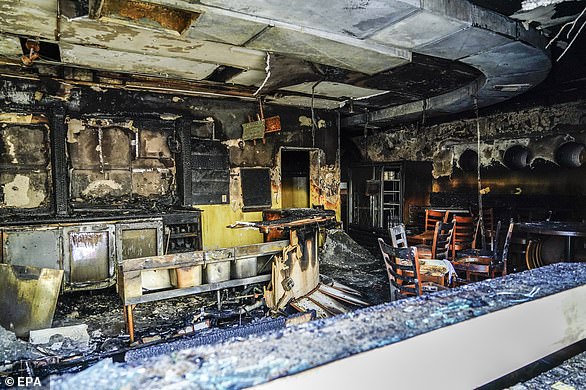 The interior of a burned out restaurant is seen after a night of unrest in Kenosha, Wisconsin, on August 24, 2020 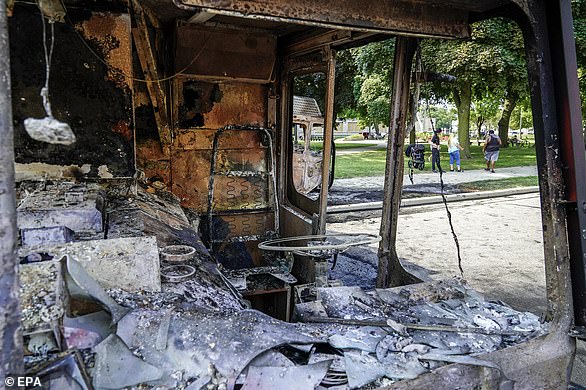 Kenosha residents woke to broken and charred storefronts, with dozens of cars and trucks in the street burnt out, such as this one above on August 24, 2020

Monday, August 24, 2020: On Monday afternoon, Kenosha Mayor John Antaramian faced dozens of angry, jeering protesters, some of whom tried to force their way into the city’s public-safety building adjacent to the courthouse when the mayor retreated from the crowd.

The door was broken from its hinges, but police in riot gear drove the demonstrators back with pepper spray.

Before he was shouted down, Antaramian had vowed that ‘justice is done for everyone’ and that all of those involved were entitled to ‘due process.’

Despite the curfew, scores of protesters marched through the streets Monday night and into Tuesday morning.

One large group skirmished in front of the courthouse with sheriff’s deputies seen firing tear gas and pepper balls into the crowd.

Demonstrators hurled water bottles and firecrackers at the police.

Several commercial and government buildings were set ablaze, along with vehicles in at least two car dealership lots, but the disturbances seemed to be winding down by early morning.

Two people were killed and one was injured after shots were fired in Kenosha during the third night of unrest.

The shooting was reported at about 11:45pm in an area where protests have taken place, Kenosha Police Lieutenant Joseph Nosalik said. 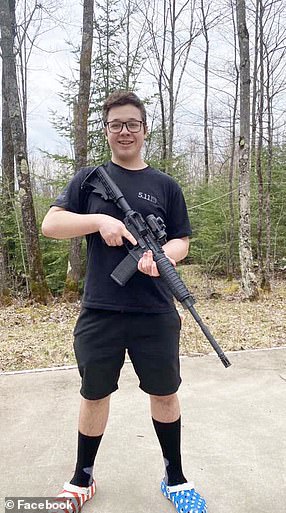 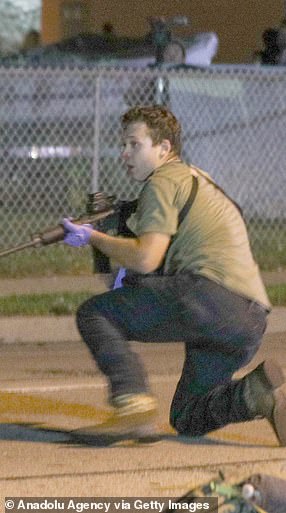 On Friday, November 19, 2021, Kyle Rittenhouse, 18, was acquitted of two counts of homicide, one count of attempted homicide for wounding a third man, and two counts of recklessly endangering safety 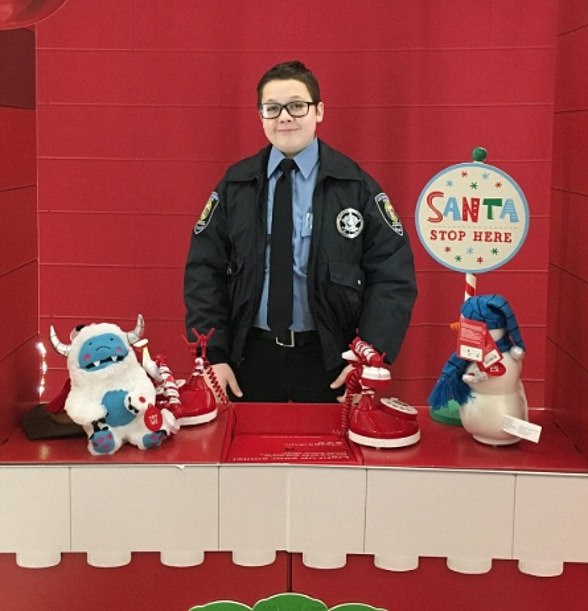 Much of Rittenhouse’s Facebook is devoted to praising law enforcement, with references to Blue Lives Matter – the movement that supports police. He also previously participated in a youth public safety cadet program (pictured), according to social media

The injured person was in serious condition at a local hospital with serious but non-life threatening injuries.

The gunman, Kyle Rittenhouse, who was 17 at the time, who was arrested at his home in Antioch, Illinois, some 20 miles from Kenosha, was seen roaming the streets at around 10pm alongside others who identified as part of a ‘militia.’

Rittenhouse had been charged with fatally shooting Joseph Rosenbaum, 36, and 26-year-old Anthony Huber and wounding a third – Gaige Grosskreutz, 26.

Rittenhouse shot one of his victims five times including in the head, the criminal complaint reveals – but his attorney claimed it was he who was ‘attacked’ and insisted he was acting in self-defense.

Rittenhouse’s attorney Lin Wood said the then 17-year-old vigilante was ‘attacked’ with ‘lethal force’ and ‘had the right to defend himself’ when he shot dead the two Black Lives Matter protesters and injured a third man, Grosskreutz.

After shooting Rosenbaum, Rittenhouse then ran down the street and was chased by several people shouting that he just shot someone, before he tripped and fell, according to the complaint and video footage. 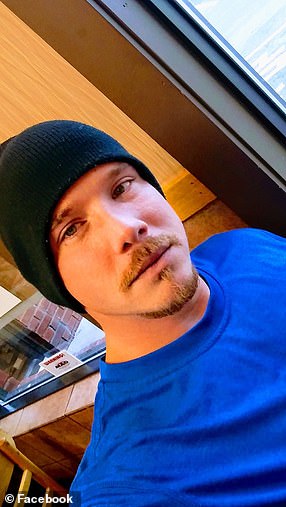 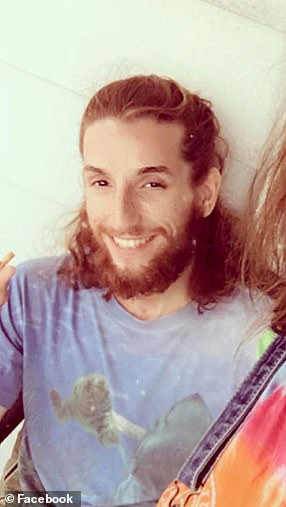 The two men who were killed were Joseph Rosenbaum, 36, of Kenosha, (left) and Anthony Huber, 26, of Silver Lake, (right) about 15 miles west of the city. Huber’s devastated girlfriend broke her silence over his ‘murder’, saying her ‘heroic’ boyfriend died trying to save the lives of her and other protesters 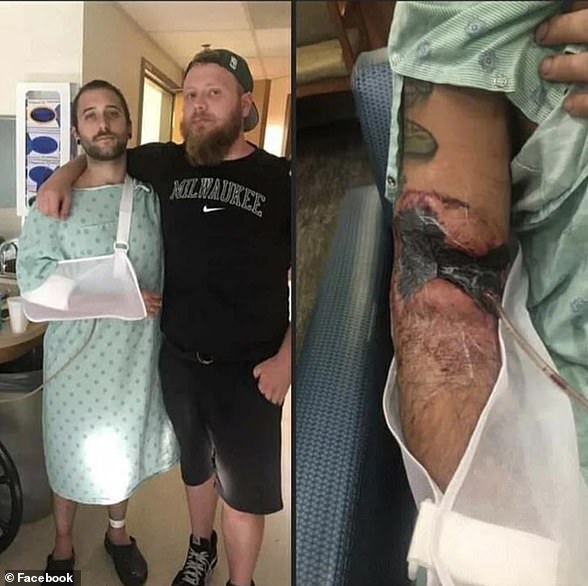 Gaige Grosskreutz (left) – Rittenhouse’s third and only surviving victim is pictured on August 24, 2020, in hospital recovering after the shooting. On right is his left arm where he was shot 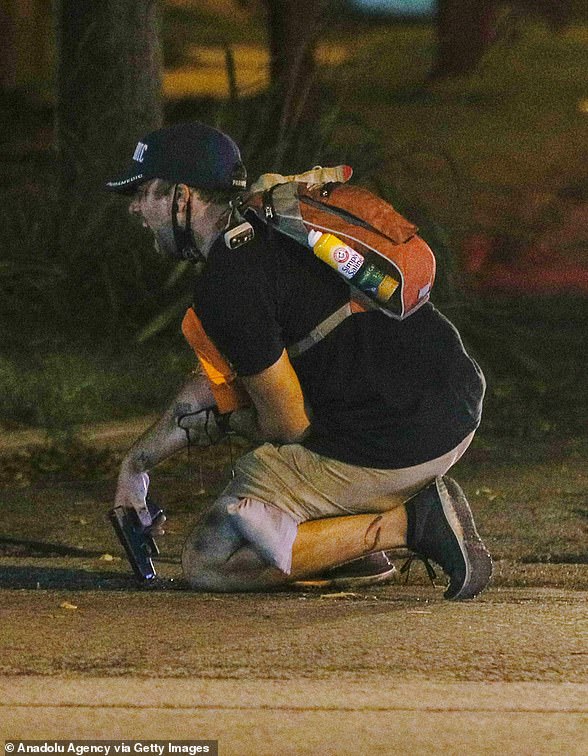 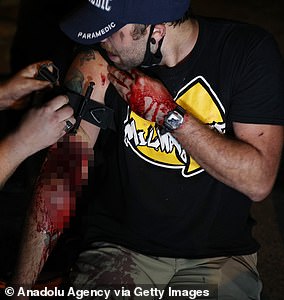 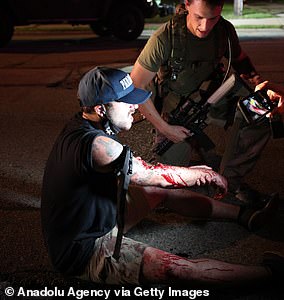 Grosskreutz getting medical attention after the shooting. Grosskreutz, aged 26, was legally permitted to be carrying his handgun. Rittenhouse meanwhile is 17 and so was illegally carrying the AR-15 rifle he used to shoot Grosskreutz and the two other victims

Huber, of Silver Lake, Wisconsin, was shot in the chest after apparently trying to wrestle the gun away from Rittenhouse, the complaint said.

According to court records, Huber had a skateboard in his right hand and used it to ‘make contact’ with Rittenhouse’s left shoulder as they struggled for control of the gun.

Court records said Grosskreutz appeared to be holding a gun when he approached Rittenhouse after he shot at Huber.

Grosskreutz is an activist who volunteered as a medic during the Kenosha demonstrations, according to Milwaukee activist Bethany Crevensten.

Wednesday, August 26, 2020: Making their strongest statement yet in the fight against racial injustice, players from six NBA teams decided not to play postseason games on Wednesday in a boycott that quickly reverberated across other professional leagues.

Also called off: Some games in Major League Baseball, Major League Soccer and the three WNBA contests, as players across four leagues decided the best way to use their platform and demand change was to literally step off the playing surface.

Demanding societal change and ending racial injustice has been a major part of the NBA’s restart at Walt Disney World. 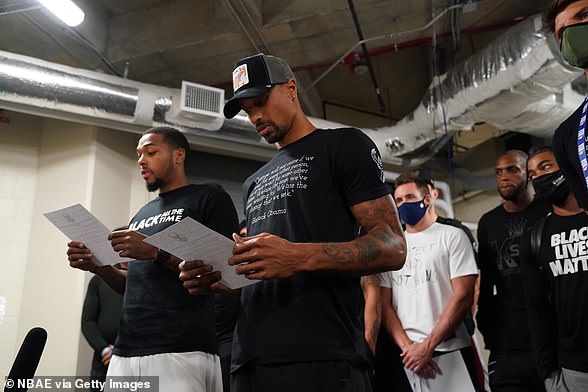 Sterling Brown and George Hill of the Milwaukee Bucks reads a statement to the media on Wednesday as they boycott a game at ESPN Wide World of Sports Complex in Orlando, Florida, on August 26, 2020 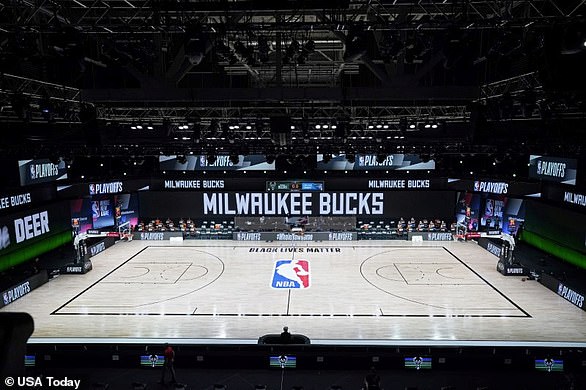 The court and benches are empty of players and coaches at the scheduled start of an NBA basketball first round playoff game between the Milwaukee Bucks and the Orlando Magic on August 26, 2020

The phrase ‘Black Lives Matter’ is painted on the arena courts, players are wearing messages urging change on their jerseys and coaches are donning pins demanding racial justice as well.

Many players wrestled for weeks about whether it was even right to play, fearing that a return to games would take attention off the deaths of, among others, Breonna Taylor and George Floyd in recent months.

Taylor, a 26-year-old Black woman, was fatally shot when police officers burst into her Louisville, Kentucky apartment using a no-knock warrant during a narcotics investigation on March 13.

The warrant was in connection with a suspect who did not live there and no drugs were found.

Then on May 25, Floyd died after a white Minneapolis police officer pressed a knee into the black man’s neck for nearly eight minutes – all captured on a cell phone video.

Meanwhile, Kenosha saw peaceful and solemn protests on Wednesday night for the first time since the weekend police shooting of Blake.