Progressives had hoped Brainard would replace Powell at the no. 1 spot, as they insisted she more closely aligns with the president’s robust economic agenda.

‘I’m confident that Chair Powell and Dr. Brainard’s focus on keeping inflation low, prices stable, and delivering full employment will make our economy stronger than ever before,’ Biden said in a statement.

‘Together, they also share my deep belief that urgent action is needed to address the economic risks posed by climate change, and stay ahead of emerging risks in our financial system.’

Powell served as an assistant secretary and as undersecretary of the Treasury under President George H.W. Bush. President Obama appointed him to the Federal Reserve Board of Governors, where he served until Trump appointed him to lead the Fed in 2018. Before that, he was an attorney and investment banker in New York City. 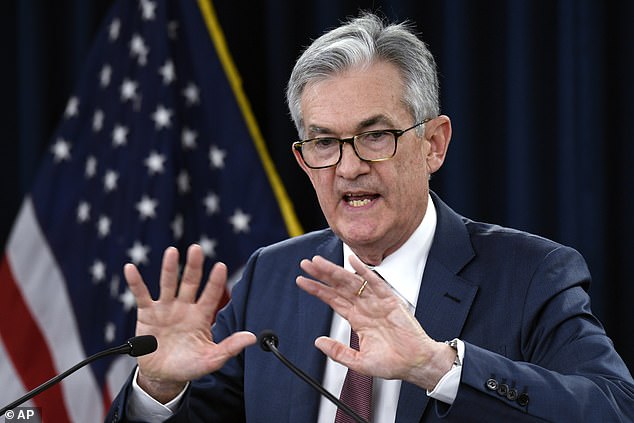 Both Powell and Brainard share the president’s goal of maximum employment, with a slightly higher tolerance for inflation.

Biden insisted his pick was based on ‘stability’ and ‘independence.’

Powell’s renomination comes at a time of 6.2 percent year-over-year inflation, 0.9 percent just in October alone. But  the Labor Department said the economy added 531,000 jobs in October. The jobs report said the unemployment rate fell to 4.6 percent from 4.8 percent in September.

Powell announced earlier this month the Fed would start tapering emergency bond purchases beginning Nov. 15, and end them altogether by mid-2022. He insisted the Fed still has no plans to raise ultra-low interest rates designed to drive the economy out of the pandemic.

Powell, who long insisted inflation would be ‘transitory,’ now seems less certain about when it will die down.

‘We continue to believe that our dynamic economy will adjust to the supply and demand imbalances,’ he said. ‘It is very difficult to predict the persistence of supply constraints or their effects on inflation.’

Supply chains ‘will return to normal function but the timing of that is highly uncertain.’

He said: ‘We remain attentive to risks and will ensure that our policy is well positioned to address the full range of plausible economic outcomes.’

A separate position of vice chair for supervision, a bank regulatory post, remains vacant, along with two other slots on the Fed’s board. Those positions will be filled in early December, the president said.