Barcelona teenager Pedri has won the European Golden Boy award after a remarkable calendar year for the Catalans and Spain.

The 18-year-old midfielder played over 50 times in his first season for the LaLiga giants last term, before going on to be a key player for the Spanish national team at the European Championships and Olympic Games over the summer.

Pedri is now the first Barcelona player to win the award since Lionel Messi picked up the prize in 2005 and joins the likes of Kylian Mbappe and Erling Braut Haaland in claiming the honour in recent years. 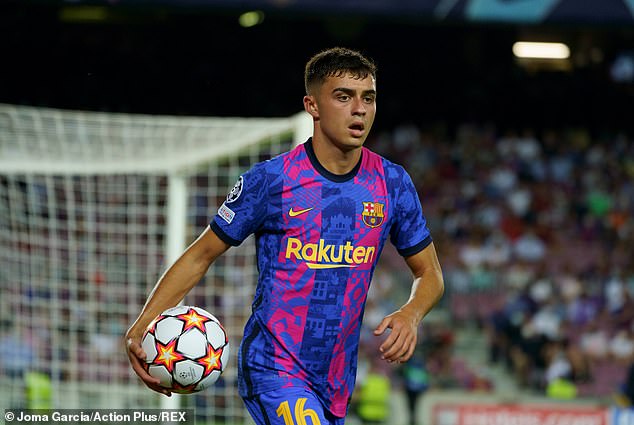 The Spanish teenager was a bright spark in a disappointing calendar year for Barcelona, though the 18-year-old picked up his first major club honour in the Copa del Rey back in April.

His performances for the Catalans earned him a call-up to Luis Enrique’s Spain squad for Euro 2020, with Pedri starting every single game as La Roja made it to the semi-finals where they were beaten by eventual winners Italy.

A few days after the semi-final loss to the Azzurri, the 18-year-old joined up with Spain’s Olympic Games squad and played in every single game in that tournament as the national team were beaten by Brazil in the final.