Four people have been arrested on suspicion of burglary and threats to kill after armed police swarmed an office building.

Police rushed to Store Street, in Manchester city centre on Sunday afternoon after a group of people armed with weapons were reported to be in a building.

The group was confronted by the owner of the premises, according to police, before three men and a woman were arrested.

Store Street and Ducie Street, close to Manchester Piccadilly railway station, were closed while officers, armed with machine guns, responded to the incident.

The police helicopter also assisted after some members of the group made off from the scene on foot, police said.

Video footage shows armed officers patrolling caravans, close to the building, while the police helicopter could be heard overhead. 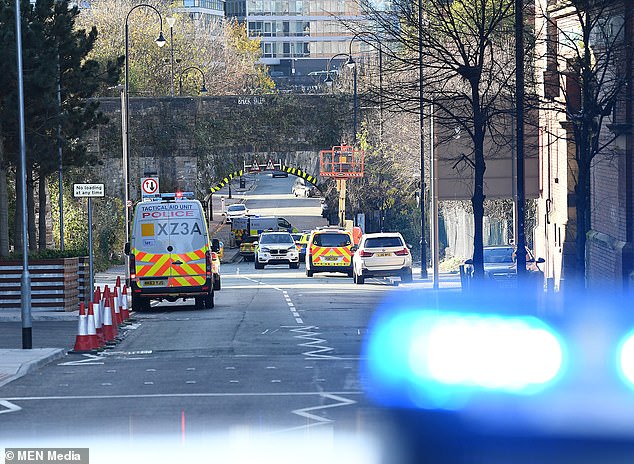 Armed police surrounded an office building in Manchester city centre and nearby streets were cordoned off. Picture shows officers in Store Street 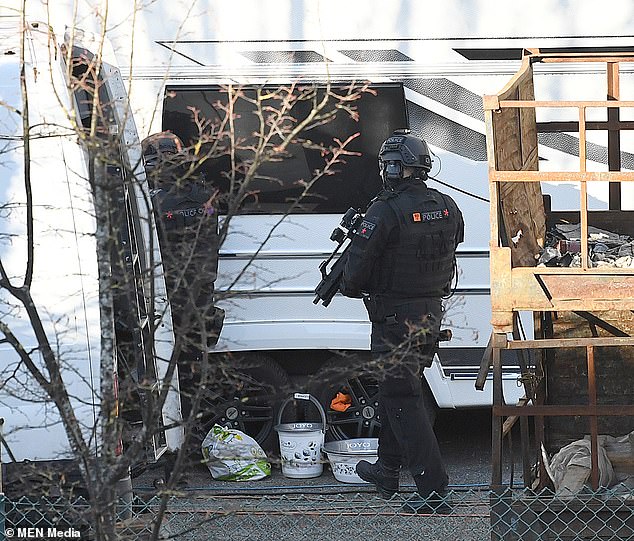 A spokesman for Greater Manchester Police told MailOnline: ‘A group of men armed with weapons were reported in a building before being confronted by the owner of the premises.

‘Armed officers were sent to the scene following a report that the group had a firearm and the National Police Air Service assisted after some made off on foot.

‘Three men and one woman were arrested on suspicion of possession of a firearm, burglary and threats to kill. They remain in custody at this time.’

Police said officers searched the area but no firearm was found.

Enquiries are continuing, according to police.

Police said a Section 61 notice that orders the group to leave tomorrow has also been issued.

Anyone with information can report it online at www.gmp.police.uk. Alternatively, contact Crimestoppers anonymously on 0800 555 111. 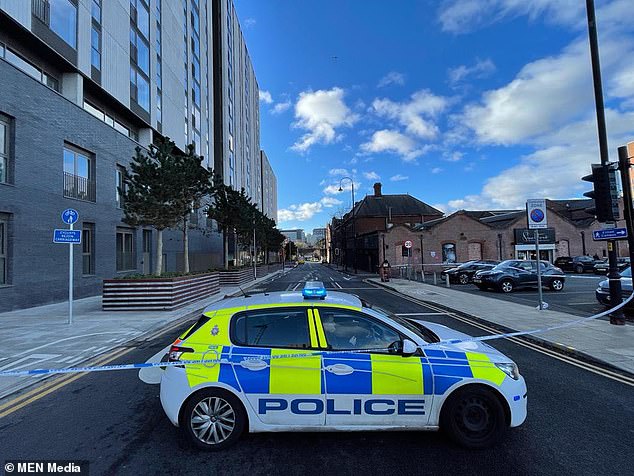