By David Coverdale For Mailonline

Alfie Hewett said a ‘huge weight’ has been lifted after he was given the green light to continue his wheelchair tennis career.

The British star, who has won 18 Grand Slam titles across singles and doubles, was told at the start of last year he would have to stop playing after a change in classification rules deemed his disability – Perthes disease, which affects the hip – to be not severe enough.

However, after Hewett appealed, the new classification system was reviewed to make it more tennis specific. And following an assessment earlier this month, the 23-year-old has now been given the all clear to play on. 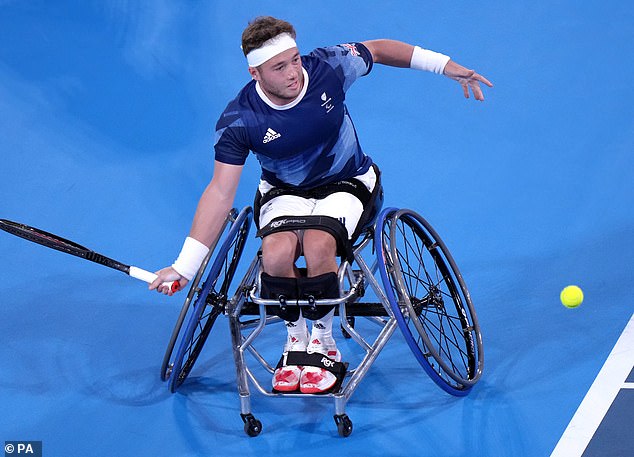 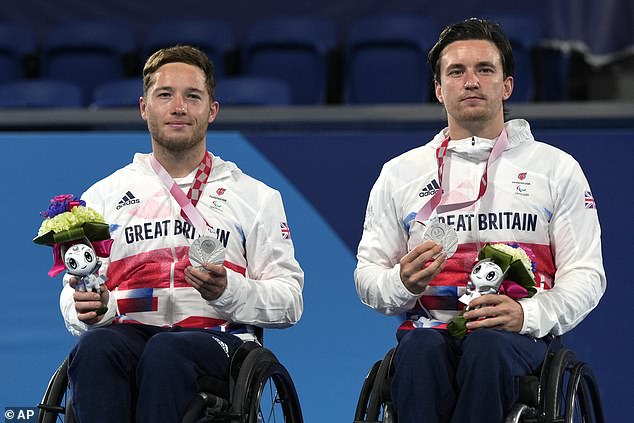 ‘The past two years have been incredibly tough for me,’ admitted Hewett. ‘So finally hearing the words that I will be eligible to continue playing wheelchair tennis has lifted a huge weight from my shoulders.

‘I travelled to Amsterdam for the assessment and I received the news the same day. There was a lot of emotion. I was in floods of tears as I let everyone know back home. I had a glass of bubbly at the airport.’

Hewett can now also continue his history-making men’s doubles partnership with Gordon Reid, who he won all four Grand Slam titles with this year, as well as claiming a second Paralympic silver medal in Tokyo in the summer. 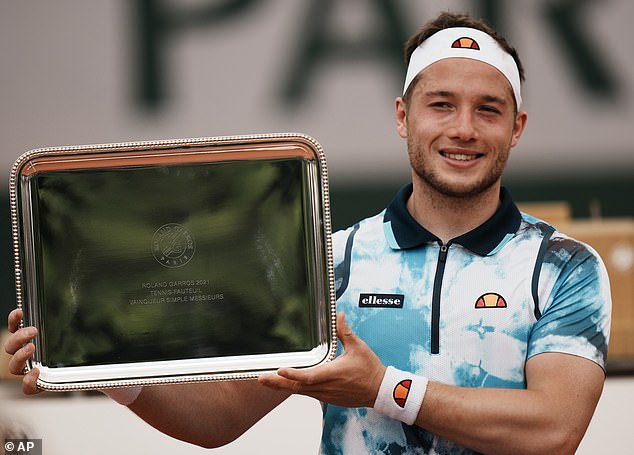 ‘Gordon was one of the first people I told,’ added Hewett. ‘The obvious reason was the Australian Open and making sure he was aware whether he needed to search for a new partner or not.

‘I gave him the good news and he is gutted because he has to stick with me now! It is great for us to be able to continue the partnership.

‘It is a great feeling to start planning forward. Short term is Australia but my main ambition is to succeed as much as I can and hopefully one day beat the French at a Paralympic doubles final.’