Werder Bremen manager Markus Anfang has resigned from his position after German authorities launched an investigation into an alleged use of a forged Covid-19 vaccination documentation.

Anfang and his assistant Florian Junge left their roles on Saturday morning just two days after the German second division side had claimed that the manager had denied the use of a fake certificate.

A club statement said: ‘The reason for the decision is the public prosecutors’ investigations into the two coaches and the ensuing unrest surrounding the club.’

On Friday, in a statement released by the club, Anfang insisted he had been double jabbed at an official vaccination centre and that the issues were ‘cleared up quickly’.

The 47-year-old who only stepped into the role of manager in June following the club’s relegation from the German top flight, hinted it was his choice to step down. 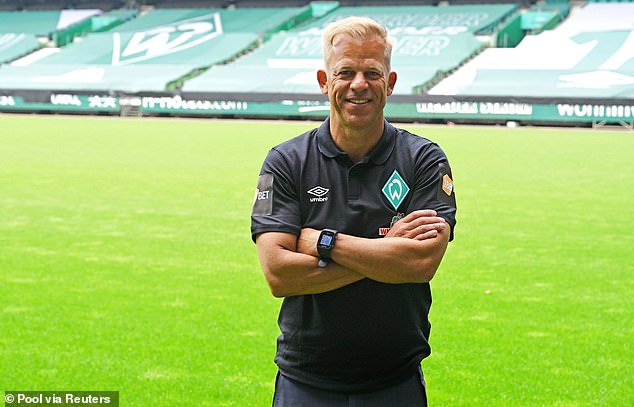 He said: ‘Because of the extreme stress caused to the club, the team, my family and myself, I have decided to immediately step down from my role as head coach of Werder Bremen.’

‘I requested that the club management dissolve my contract, a request they have granted. I wish Werder all the success in the world both for today’s game against Schalke and for the future.’

Assistant Danjiel Zenkovic will now take charge of the fixture, hoping to boost the team’s hopes of promotion with them sitting eighth in the table.

The news comes on the same day that the team’s chief scout Clemens Fritz tested positive for Covid-19.

Fritz has now gone into self-isolation and is believed to have caught it from a ‘close contact. 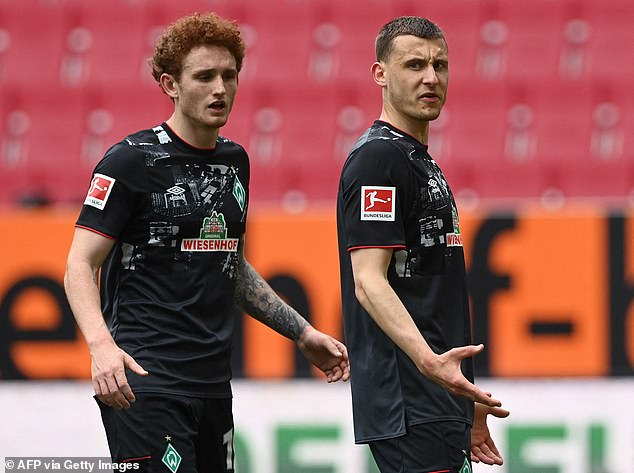 The club’s team doctor Daniel Hellerman said: ‘One of Clemens’ close contacts was confirmed to have coronavirus, so he took a test and that came back positive too.

‘Clemens is doing fine and currently isn’t showing any symptoms. We’re in close contact with the local health authorities.

‘The quarantine only applies to him as we had followed all necessary hygiene measures with the team and he had returned a negative test on Thursday.’

‘With this step, Markus and Florian have taken responsibility and aim to end the unrest that has surrounded the club in the last days,’ Werder sporting director Frank Baumann said.

‘We respect their decision and will now begin the search for a new head coach.’ 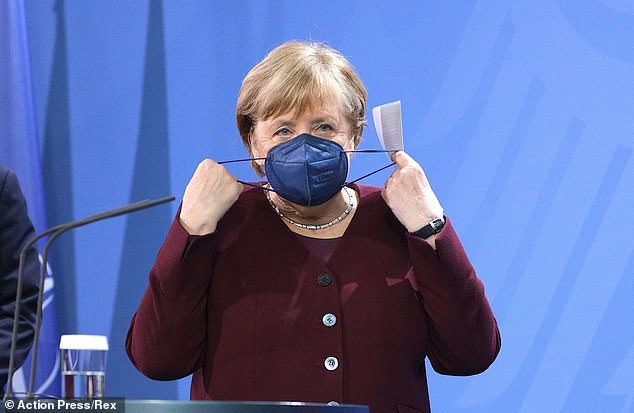 Chancellor Angela Merkel said on Thursday that, in areas where hospitals are becoming dangerously full of COVID-19 patients, large parts of public life would be restricted to those who have either been vaccinated or have recovered from the illness.

But the country is now considering going into a full lockdown, including those for vaccinated people, insisting it cannot be ruled out.

‘We are now in a situation – even if this produces a news alert – where we can’t rule anything out,’ acting health minister, Jens Spahn told a news conference.

Bayern Munich star Joshua Kimmich is among the most high profile players who have chosen not to take the vaccine citing concerns over the long-term effects.