Back in the big time! Steven Gerrard is treated to a warm welcome from Aston Villa fans ahead of his first Premier League match in charge against Brighton… and the Liverpool icon cuts a vocal figure on his return

By Daniel Davis and Max Mathews For Mailonline

Steven Gerrard has taken to the Villa Park touchline for the first time since becoming Aston Villa manager, with his reign kickstarting against Brighton.

Having been officially unveiled earlier this week after replacing Dean Smith, Gerrard more than looked the part on Saturday afternoon with his dark suit and overcoat.

He promised to supporters that their side would gradually change their style of play, and was a vocal presence inside his dugout for the early stages of the game. 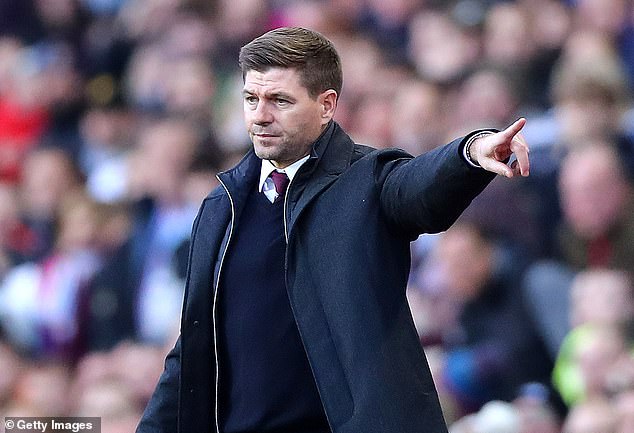 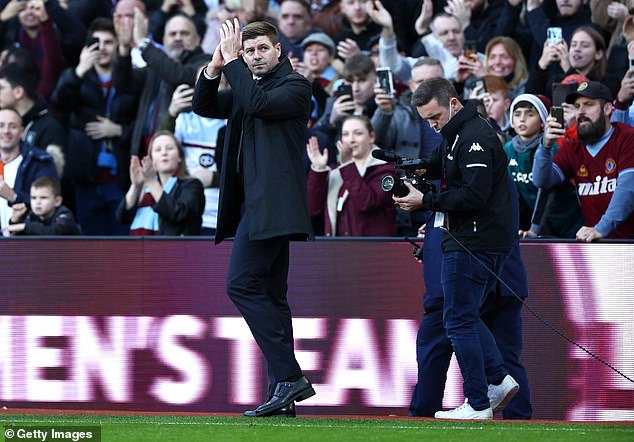 Gerrard, who made his name in Scotland as Rangers manager, leading the Ibrox side to a Scottish Premiership title last campaign to end Celtic’s dominance of the division.

It is widely expected the Liverpool legend will eventually succeed Jurgen Klopp at Anfield, with Villa a possible ‘stepping stone’ and a chance to prove himself in the Premier League before getting a top job with the Reds.

However, the 41-year-old has insisted Villa is a big club and he wants to succeed with the Midlands side first and foremost before thinking about his next job.