This is the shocking moment a boxing promotor dodged death by inches after a speeding driver crashed into his car at 80mph a split second after he got out of the way.

Footage on CCTV shows boxing promotor Andy Booker jumping into his parked car as a manic driver slams into his car.

The crash happened on 6.45 pm on Wednesday night in Askern, Doncaster in South Yorkshire.

In the video, the speeding driver hits an oncoming white van before hitting Mr Booker’s parked car and the boxing promoter darts into his car just in time.

Mr Booker’s car lights flash while the other driver hits a wall further down Moss Road.

Both cars are then filmed wrecked at the scene after the crash. 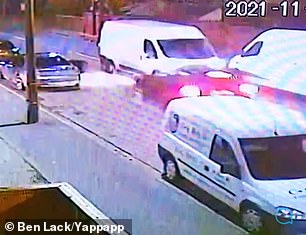 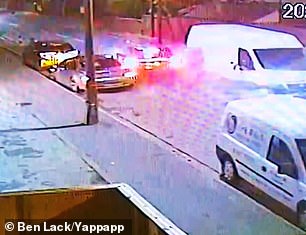 In the video, the speeding driver hits an oncoming white van on Wednesday night at 6.45pm in Askern, Doncaster, before hitting Mr Booker’s parked car and the boxing promoter darts into his car just in time 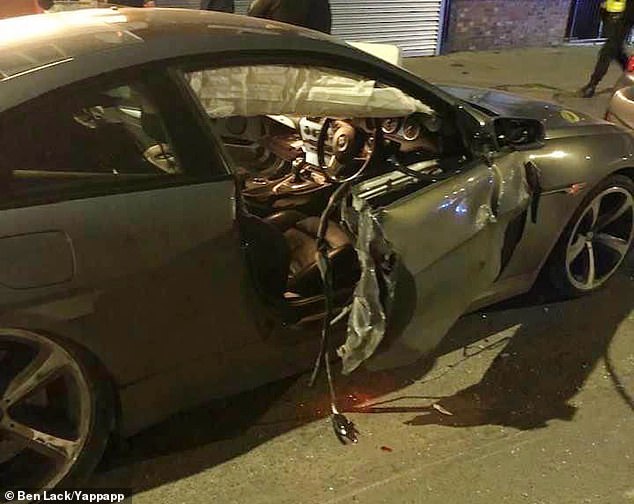 Mr Booker, who is friends with former World Heavyweight champ Mike Tyson said: ‘Well that was close I just managed to get in my car as he hit me at about 80 miles an hour or he would have gone straight over me.

‘Cop said a split second and it would have been a different ending.

‘It was so close I only just managed to get in my car.’

Mr Booker, a boxing promotor(pictured), who narrowly dodged a speeding driver that hit his car

A South Yorkshire Police spokesman said they received a call to report that a car believed to have been used in an earlier assault was in collision with another car before veering into a wall further down Moss Road.

They said: ‘The occupants all fled on foot before officers arrived.

‘They are described to have been wearing dark clothing and approximately five foot 11 in height.

‘Two of the occupants were seen fleeing down Marlborough Road.

‘Enquiries at both scenes continue at this time.’

Police are asking anyone in the area at the time who saw or hear anything suspicious or who has dash cam or CCTV footage which may have caught the incident which could assist with enquiries to call 101, quoting 774 of November 17. 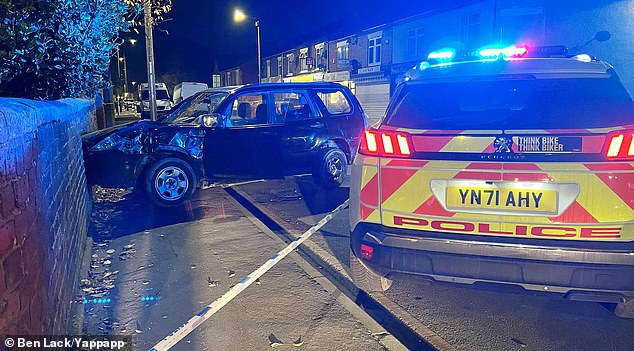