Police in Louisiana have arrested a New York man on suspicion of stabbing his father 46 times and leaving his corpse to rot on a sidewalk before fleeing.

Joseph Adams, 26, was detained in Gretna, near New Orleans, after the NYPD warrant for his car was enacted.

Members of NYPD traveled to Louisiana to bring him back to Brooklyn.

He is accused of stabbing to death his father Christopher, 49, and then wrapping his body in a comforter and leaving it on a sidewalk in the Cypress Hills area of Brooklyn.

Christopher Adams’s body was found by a neighbor near Van Sinderen and Herkimer streets, amid a pile of trash on October 16. 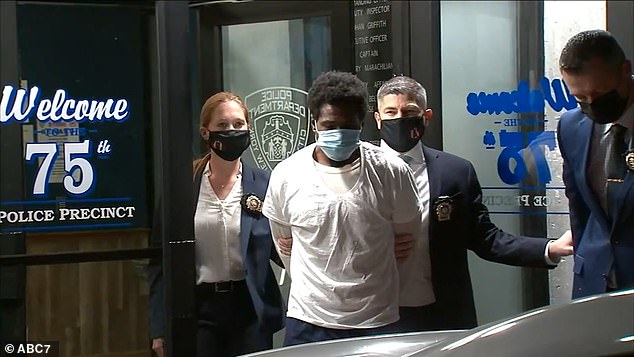 Joseph Adams, 26, is seen being led out of the precinct in Brooklyn, charged with the murder of his father 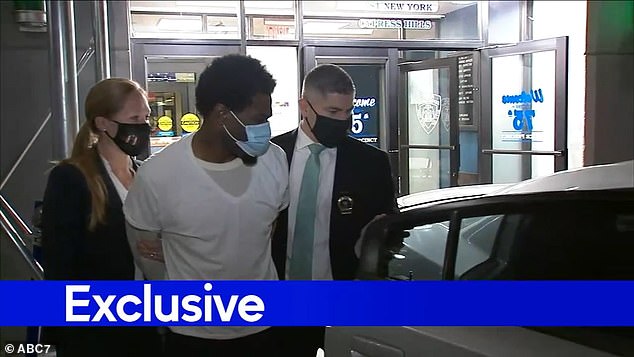 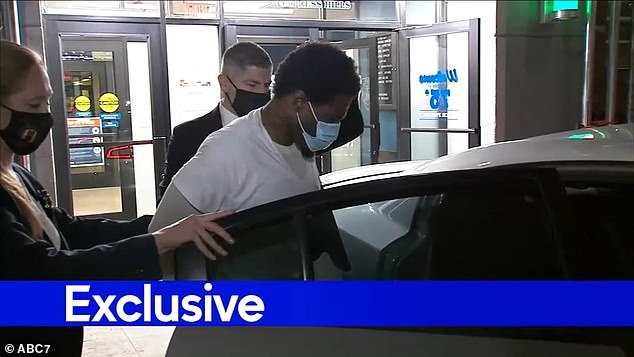 Adams is charged with murder and concealing a body, among other crimes 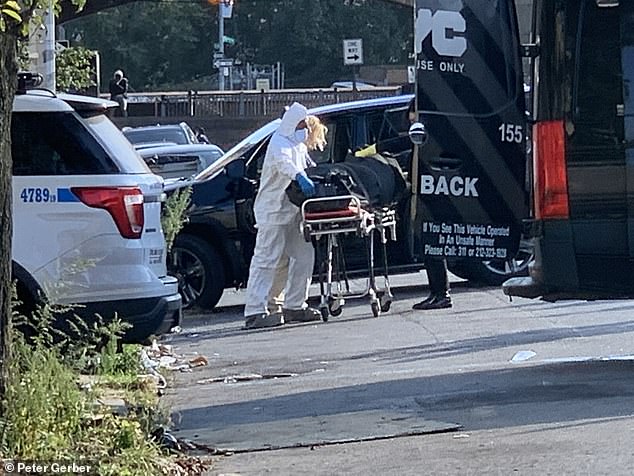 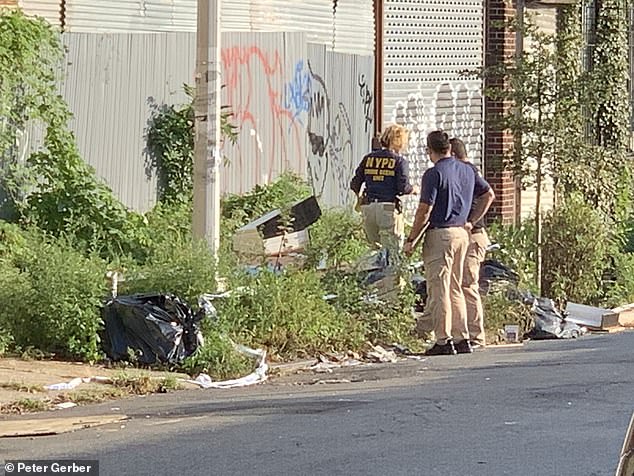 Members of the NYPD are seen searching the site where Christopher Adams’s body was found on October 16, dumped amid trash 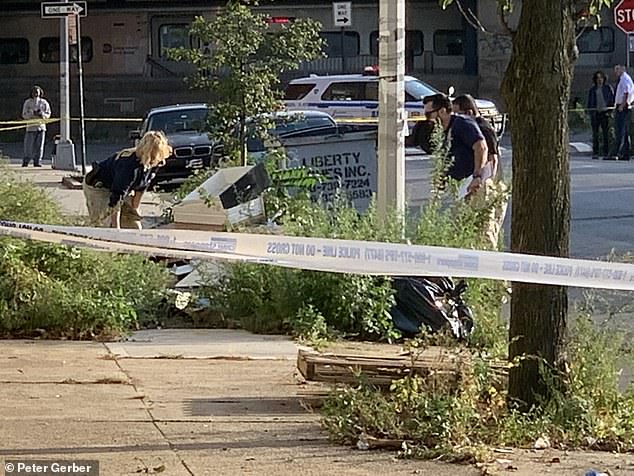 The corpse was so badly decomposed that investigators were initially unable to determine sex or manner of death.

They quickly said his death was a homicide, identified him, and sought to arrest his son – who had already fled.

Joseph Adams is charged with murder, concealment of a human corpse, tampering with physical evidence and criminal possession of a weapon.

Adams did not respond to shouted questions as he walked out of the Brooklyn police station in handcuffs, ABC 7 reported.

Sources told the channel that Adams has retained a lawyer and is not cooperating. 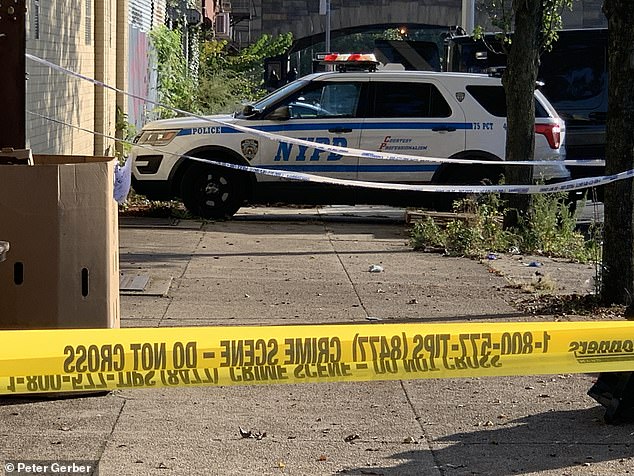 Forensic investigators are seen checking the scene at 45 Van Sinderen Avenue, where the 49-year-old’s body was left 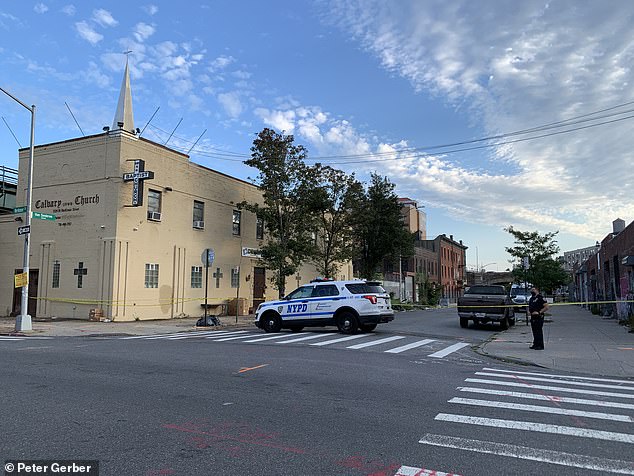