West Ham get a Europa League boost as Austria enters a full lockdown to halt their Covid surge… meaning their game at Rapid Vienna is now set to be held behind closed doors – after away fans were already banned!

West Ham fans may not feel so bitter about being banned from attending their Europa League match against Rapid Vienna – because the home fans now won’t be in the stadium either.

UEFA had barred the Hammers faithful from the game following crowd trouble during another clash against Belgian side Genk this month, in addition to a fine of 34,500 euros (£29,260).

But with Austria now imposing a full nationwide lockdown due to a worsening Covid situation, West Ham’s game in Vienna will now be played behind closed doors, so neither side will have an advantage for the game next week.

The situation in Austria has spiraled with the government forcing vaccinations to become mandatory to cope with a steep rise in cases. It reported 15,809 cases on Friday – a new one-day record.

Austria currently has one of the highest Covid infection rates in western Europe which has been blamed on its sluggish vaccination drive, with just 66 per cent of people fully jabbed. That is above the European average of 62 per cent, but well below the 70 per cent theoretically needed for herd immunity.

Sportsmail understands that the game will still go ahead, but after conversations with UEFA, the organisation has told West Ham that the fans’ suspension would not be carried over to another game with fans in attendance. 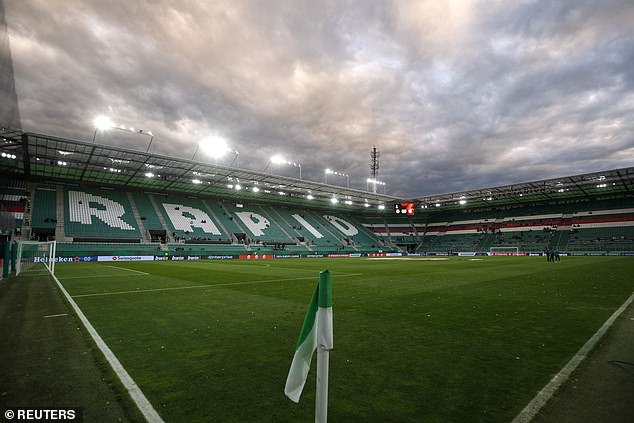 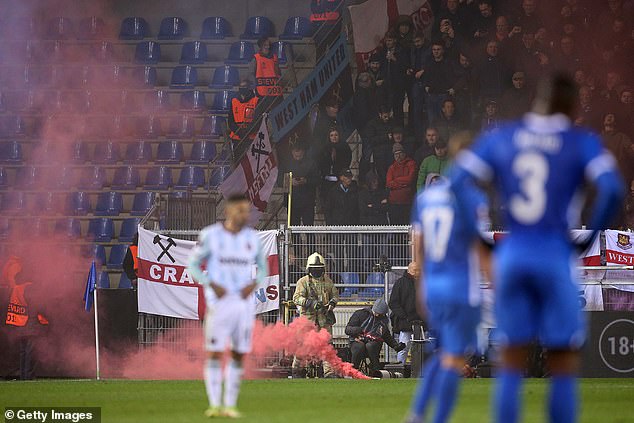 That could have seen West Ham forced to play without fans for a Round of 16 tie, but will be relieved to hear the punishment will not be deferred.

West Ham had requested clarity from Europe’s sanctioning body after they were banned from selling away tickets, and were provided with evidence of a ‘small number’ of ticketless Hammers fans causing disturbances after illegally gaining entrance to the stadium for the 2-2 draw in Belgium.

West Ham said it had reluctantly accepted the sanctions after the large majority of fans had behaved ‘impeccably’ in Belgium.

It said in a statement this week: ‘West Ham United can confirm that the club has reluctantly accepted sanctions from UEFA in relation to our Europa League Group H away fixture against KRC Genk on Thursday, November 4.

‘Despite the club’s robust processes around our own security and operations in support of our ticketed fans who travelled to Genk, evidence has been presented to confirm that a small number of ticketless individuals caused disturbances and illegally gained entrance to Genk’s stadium. 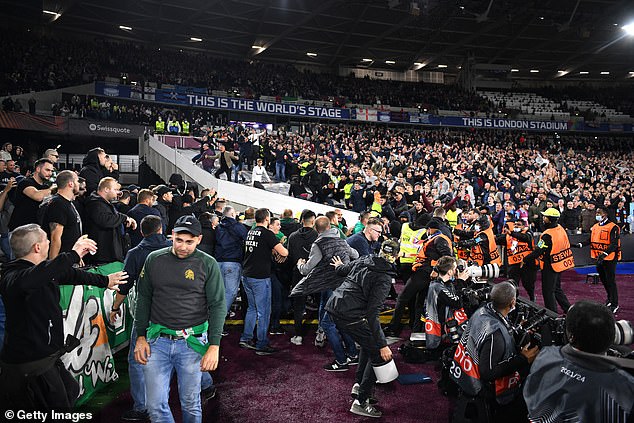 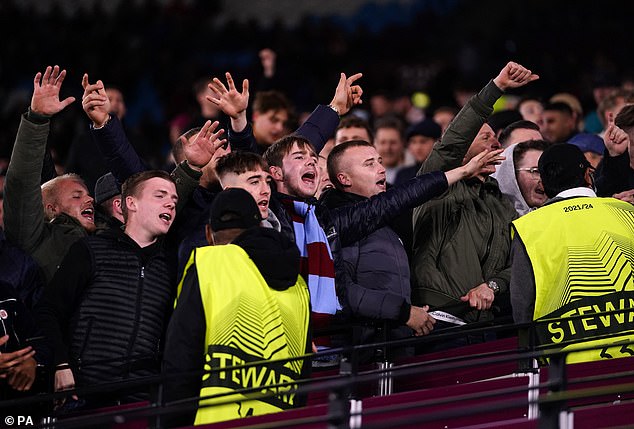 The decision to ban fans has been criticised, with midfielder Declan Rice calling it ‘laughable’

‘West Ham United condemn the behaviour of this group of individuals and we are working to identify them following their actions, which have now ultimately led to our supporters – the vast majority of whom behaved impeccably in Belgium – being punished and resulting in David Moyes’ team being forced to play in Austria without the backing of the club’s fans, whose loyal and passionate support has spurred the Hammers on during an unbeaten opening four games of the Europa League adventure so far.’

Midfielder Declan Rice had also been heavily critical of the decision to ban fans, calling it ‘laughable’.

‘Laughable this is,’ he wrote on Twitter. ‘Gutted for our fans that now won’t be able to make the trip!

‘Did Rapid Vienna get fined or a ban of tickets for there “crowd disturbances” at our stadium? Nope.’