Trump announces his FIRST post-White House book: Former president to publish $74.99 coffee table collection of photos with his captions including ‘listening to crazy Nancy in the Oval Office’

Donald Trump announced on Friday he is to publish his first book since leaving the White House – a coffee table collection of photographs from his time in office.

The $74.99 book includes the former president’s own captions, complete with candid thoughts on world leaders and snarky comments on political rivals.

‘Attempting to listen to Crazy Nancy Pelosi – such natural disagreement,’ he writes alongside an image of the House Speaker holding forth in the Oval Office, while Trump looks away.

Former British Prime Minister Theresa May gets short shrift – ‘tried hard, but didn’t get the job done’ – compared with Boris Johnson, whom Trump hails as ‘the best PM since Winston Churchill.

The book will ship in time for Christmas.

Announcing its publication, Trump told the Washington Examiner: ‘Today I am thrilled to announce I will be publishing a wonderful book in time for Christmas! 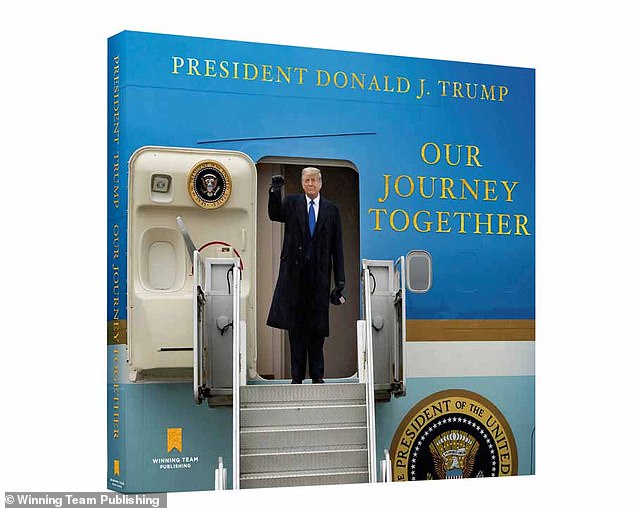 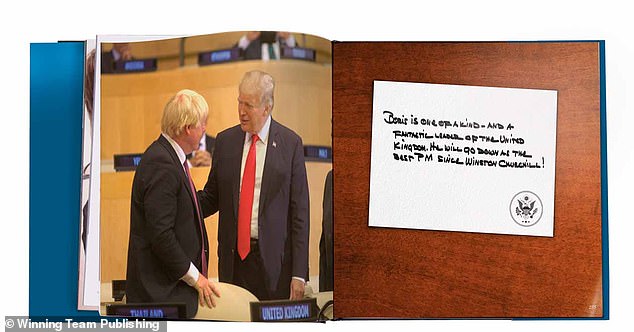 The book includes pithy comments on world leaders, giving Trump’s opinion of Boris Johnson for example: ‘Boris is one of a kind and a fantastic leader of the United Kingdom.’ 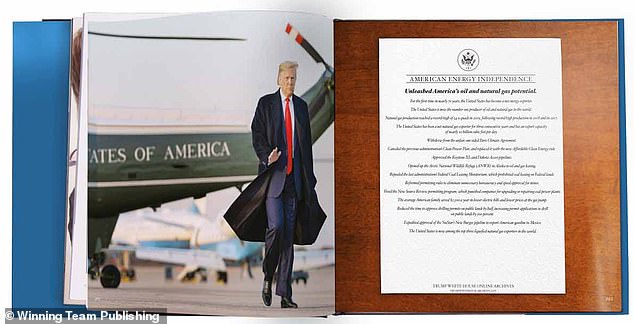 ‘”Our Journey Together” is a collection of beautiful photos captured during our successful time in the White House,’ Trump said as he announced the launch of the book

‘”Our Journey Together” is a collection of beautiful photos captured during our successful time in the White House.

‘From center stage to behind-the-scenes — this is a must-have for all Patriots. Every photograph has been handpicked by me and every caption is mine, some in my own handwriting.’

It also solves a publishing conundrum. 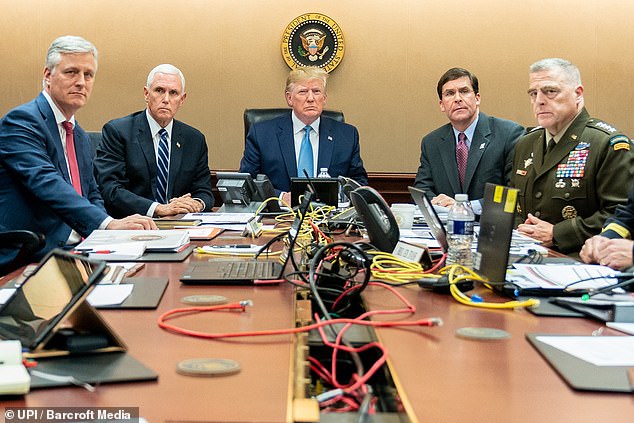 ‘The night we got Abu Bakr al-Baghdadi. We destroyed ISIS under my watch. Now terrorists are back in the Middle East,’ runs the caption of Trump with his national security team

A string of industry insiders had suggested Trump would struggle to land a deal for a memoir with mainstream publishers wary of acting as a launchpad for more unfounded claims about the 2020 election.

Instead, Trump has kept it in the family. His photo collection will be published by Winning Team Publishing, run by his son Don Jr and Trump world insider Sergio Gor.

Photographs include Trump with Queen Elizabeth II, Trump striding purposefully from Marine One and Trump in the White House situation room on the night ‘we got Abu Bakr al-Baghdadi,’ the leader of ISIS.

‘Every photograph has been handpicked by the president, as has every caption in the book, including those that are handwritten by him, runs the publisher’s blurb.