Sen. Ted Cruz is now going after the Library of Congress for changing the term ‘illegal alien’ to ‘noncitizen.’

The terms will be exchanged in subject headings for organizing materials. The Library of Congress confirmed Thursday it will change subjects currently filed as ‘aliens’ and ‘illegal aliens’ to ‘noncitizens’ and ‘illegal immigration.’

Cruz, R-Texas, wrote in a letter dated Wednesday with Sen. Mike Braun, R-Ind., expressing his distaste for the updated terminology, calling it ‘Orwellian.’

The change was scheduled originally for 2016, but was delayed.

‘This decision is nothing but a politically-motivated and Orwellian attempt to manipulate and control language,’ Cruz wrote. 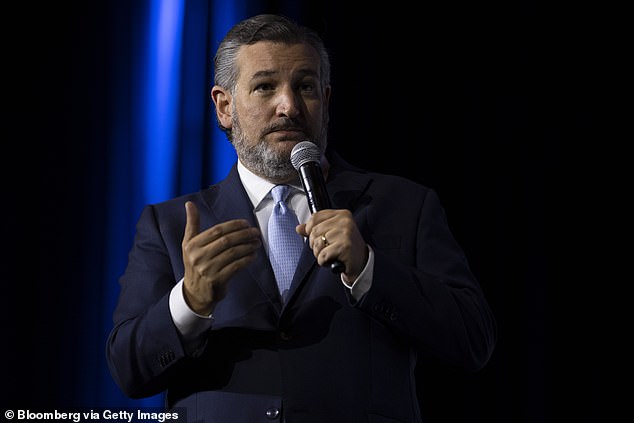 ‘This decision is nothing but a politically-motivated and Orwellian attempt to manipulate and control language,’ Cruz wrote 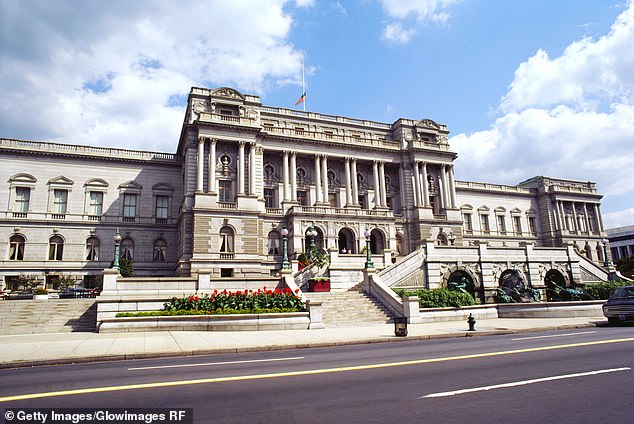 The letter noted that Congress has not yet passed any law to replace the term ‘alien’ in code, and that the Supreme Court uses the term.

‘Replacing words in search terms, indexes, or indexing language for political reasons is an abuse of the trust that Congress has placed in the Library to accurately and neutrally compile original sources and make them easily accessible to the public.’

The lawmakers also argue that the term ‘alien’ matches many of the words used in the sources in the library, making them easier to find.

Rep. Joaquin Castro, D-Texas, as repeatedly introduced legislation to replace the term ‘alien’ in laws and government documents. He pointed to other times Congress has replaced words now deemed problematic in government lexicon,  such as with words like ‘lunatic’ and ‘mentally retarded.’

Castro pointed out the word ‘alien’ is used to reference creatures from outer space.

‘Words matter, particularly in the context of an issue as contentious as immigration,’ he said in 2015.

Earlier this month Cruz, one of the Senate’s frontline warriors in the culture wars, went after Sesame Street character Big Bird for claiming to have gotten a COVID vaccine in what he says is propaganda to encourage kids to get the shot.

Big Bird, who according to Sesame Street lore is eternally 6-years-old, tweeted his vaccination status on Saturday, writing: ‘I got the COVID-19 vaccine today! My wing is feeling a little sore, but it’ll give my body an extra protective boost that keeps me and others healthy.’

The tweet came just after the Centers for Disease Control (CDC) authorized the Pfizer jab for 5-11 year olds.

‘Government propaganda… for your 5 year old!’ Cruz tweeted in response.

In April, the Biden administration banned Customs and Border Protection from using ‘illegal alien’ in favor of more humanizing language. Instead of ‘illegal,’ CBP is to use ‘undocumented.’ Instead of ‘assimilation,’ they are to use ‘integration.’

The term ‘alien’ has occurred in official government documents for years.

A July 2020 Trump Administration executive order was titled ‘Excluding Illegal Aliens From the Apportionment Base Following the 2020 Census,’ and was designed to exclude them from the count for Congress.

The Biden administration has undone a number of Trump-era immigration restrictions in favor of a ‘more humane’ policy, just as a record number of migrants have crossed the southern border.

Biden undid policies like ‘Remain in Mexico’ and the public charge rule and loosened of ICE enforcement in the interior.

The Supreme Court reinstated the ‘Remain in Mexico’ policy in August, and the Biden administration made another attempt to end the rule that requires migrants to await trial in Mexico.

Recent data obtained by the Washington Post shows that the US apprehended more than 1.7 million migrants along the US-Mexico border in the 2021 fiscal year that ended in September, the highest number ever recorded.

But in October, there were 164,303 interdictions a 14 percent decrease compared to September. Border Patrol registered 192,001 encounters in September and 209,840 in August after a record-high 213,593 interdictions were reported in July, the peak of the southern border crisis facing the Biden administration.

Despite warnings from the Biden administration warning migrants not to come to the border, thousands have made the journey believing the current administration would treat them more kindly than the last.