Wolfing it down! Springer spaniel called Lucy laps up her first ‘puppuccino’ in adorable video

This is the sweet moment a springer spaniel got her first taste of a ‘Puppuccino.’

Lucy, who is 10, tilts her head back to relish every single sip of the drink in the front passenger seat of Ms Gold’s car.

In the footage, Lucy slowly licks the drink, which is made of whipped cream and sugar.

Ms Gold says: ‘Is that good Lucy?’ to her sweet pooch who is making swift work of the dog-friendly beverage.

As Lucy gets further down and close to finishing the beverage, she rams her entire nose in the cup thirstily before pointing it to the sky to balance the delicious treat. 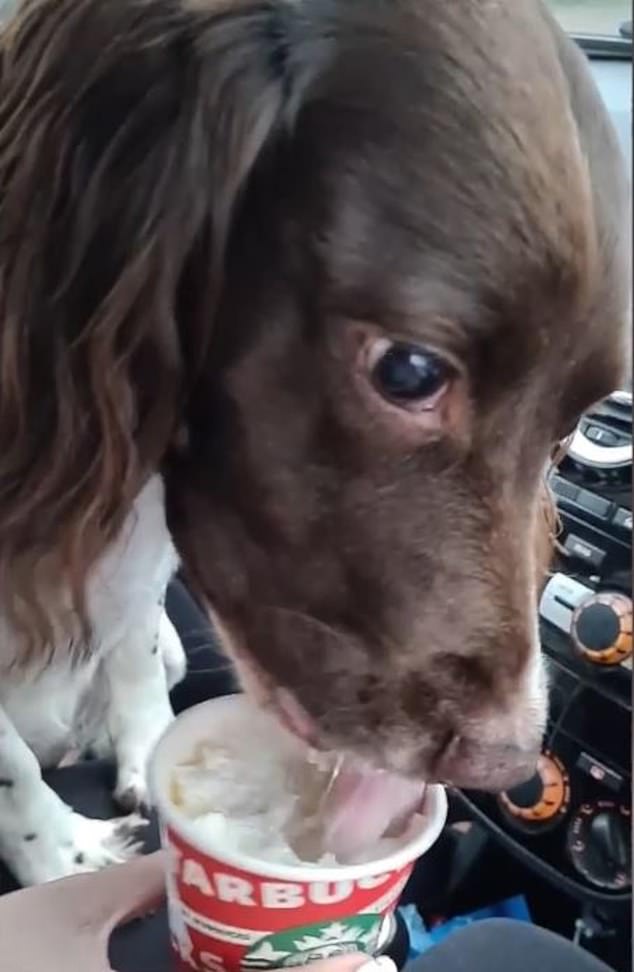 Lucy the springer spaniel, 10, enjoys her first puppuccino in the front seat of her owner Elspeth Gold from Larkhall, South Lanarkshire’s car on November 14 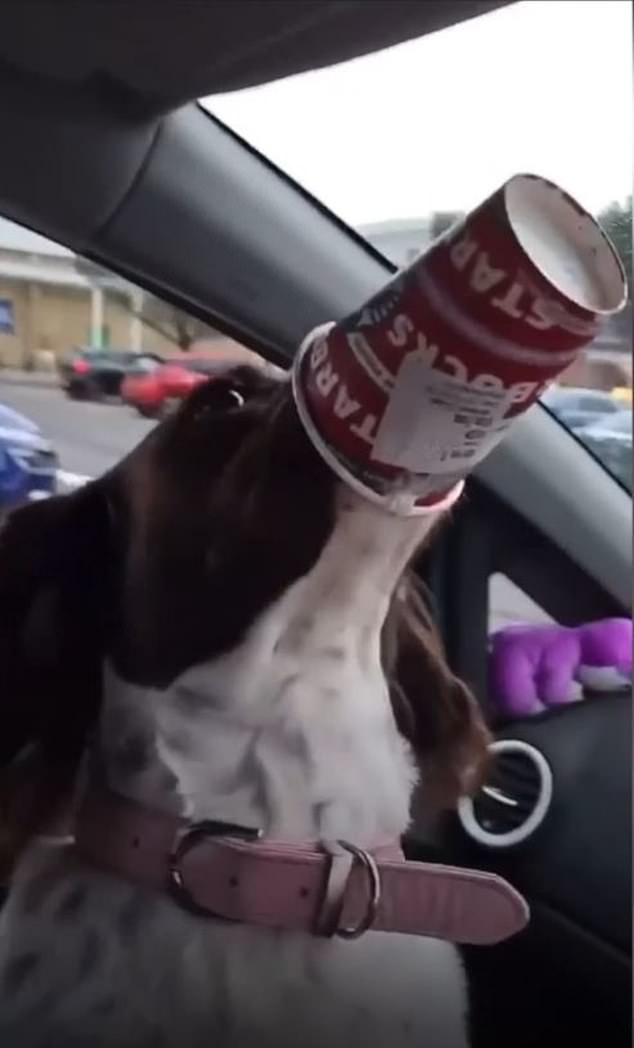 Her owner laughs as Lucy enthusiastically enjoys the drink.

The springer spaniel gollops it down until the cup slips from her mouth and reveals a cream-covered face.

Speaking yesterday, Ms Gold, 43, said: ‘We just found it so funny, I personally don’t give her a lot of treats as she gets spoiled by my mum, she’s there every day when I work. ‘She’s not a fussy dog and will eat anything apart from crisps, but me and my daughter just thought it was so funny.

‘We just burst out laughing, it was her eyes, they were like saucers.’ 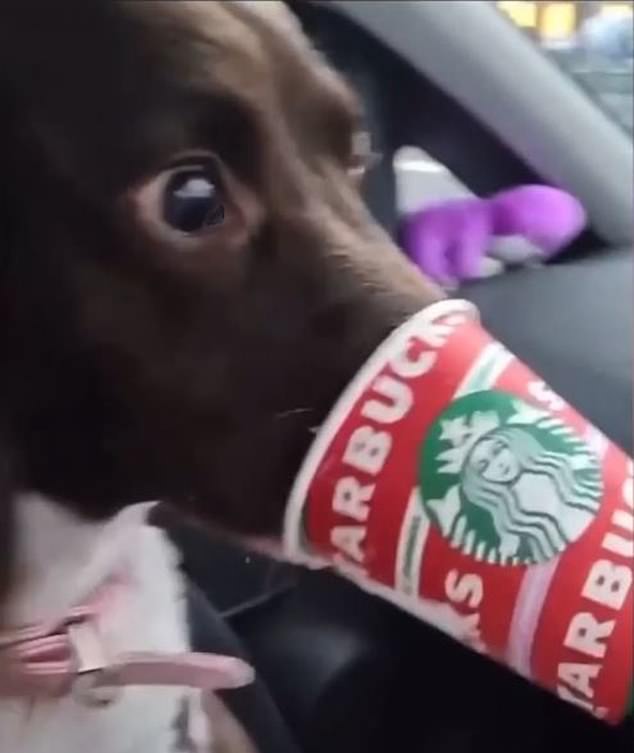 Ms Gold posted the footage to Facebook and wrote:  ‘Safe to say Lucy loved her first pupcup from Starbucks.’

Racking up hundreds of likes and comments, the post has been shared by users who loved the video.

One user said: ‘Her eyes are saying ‘ohmygodthisisthebest!’. Another commented: ‘Aww lovely! One member wrote: ‘Love this!’ Whilst another replied: ‘She loves it.’ 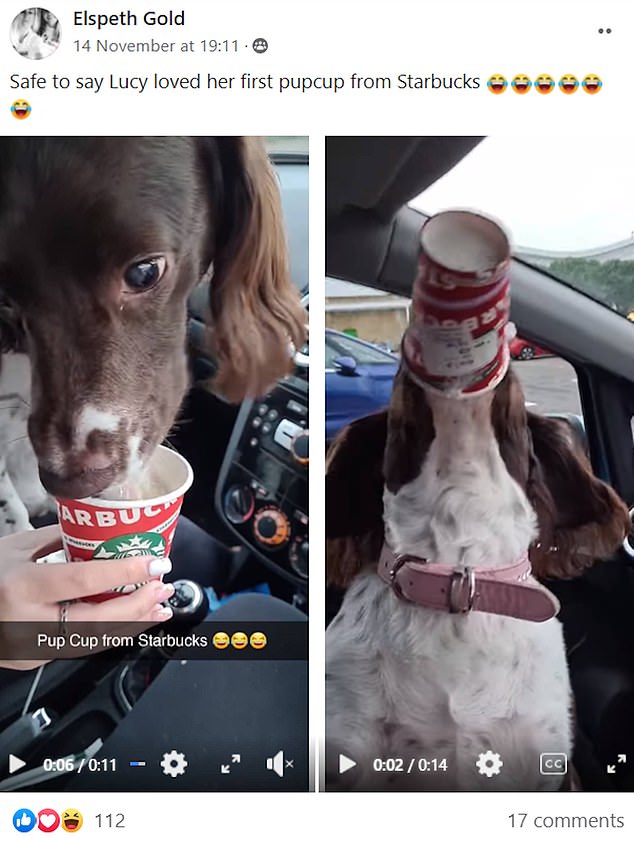 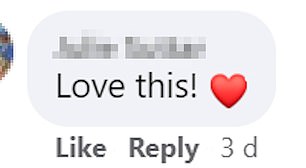 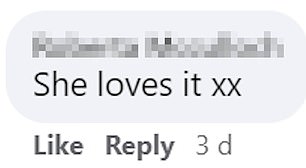 Starbucks free Puppuccinos are on the coffee shop’s ‘Secret Menu’.

Earlier this month, a French bulldog owner claimed her puppy choked to death after Starbucks staff put a dog biscuit in its ‘puppuccino’.

Megan Harrison was heartbroken when her 18-month-old pup Bonnie died after her visit to the chain in Stoke on Trent, Staffordshire, on September 7. 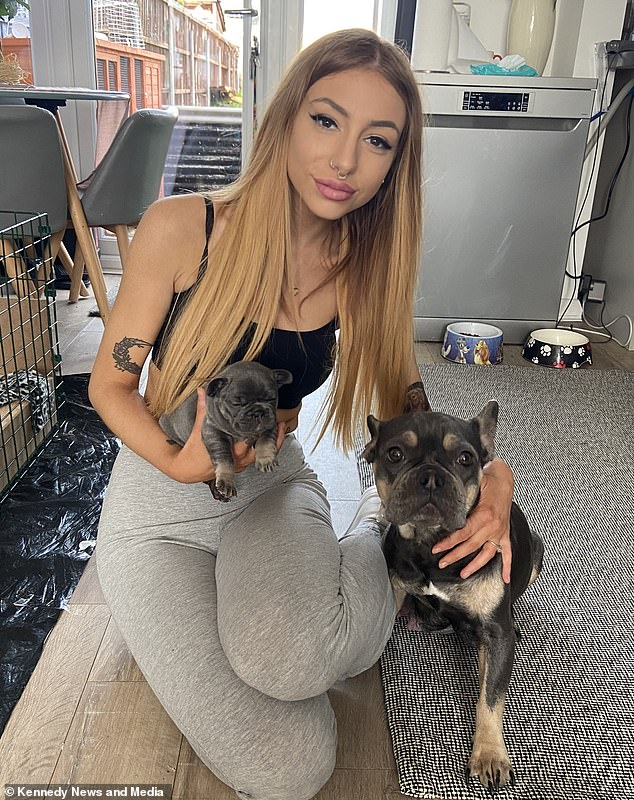 Earlier this month, a French bulldog owner claimed her puppy choked to death after Starbucks staff put a dog biscuit in its ‘puppuccino’. Pictured: Megan Harrison and 18-month pup Bonnie