Pictured: Atlanta hero cops who pulled unconscious driver from burning car when it plowed through two homes and smashed into a tree as it’s revealed he may have had a seizure

These are the two hero Atlanta police officers who pulled an unconscious man from a burning car.

The driver, Jaylyn Turner, 26, suffered a suspected seizure when he lost control of his Jeep Compass and smashed through two houses before colliding with a tree.

After hitting the tree, the 2017 car burst into flames shortly before Officer Willie Adams IV and Officer Marcus Todd arrived at the scene.

According to an investigation into the crash, the driver lost control of his car and crashed through a metal fence before ploughing through two houses.

Police believe the driver may have been knocked unconscious as a result of the crash, although medics at Grady Hospital suggested he may have had a possible seizure.

The driver told medics that he did not have any underlying medical conditions. He said he had no idea how the crash happened. 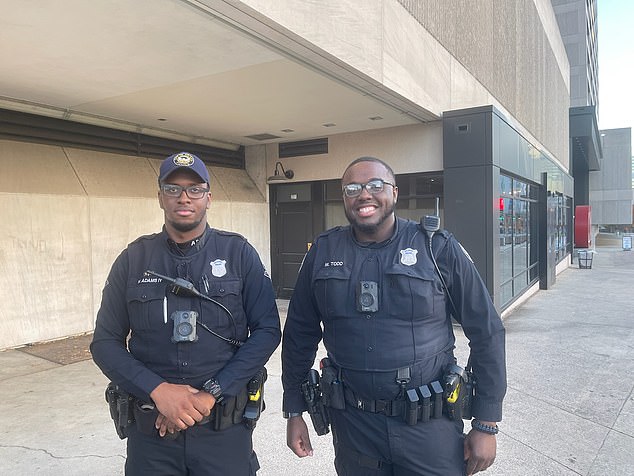 Officer Willie Adams IV, left, who has three years on the Atlanta PD and Officer Marcus Todd, right, who has one year on the force, risked their lives to drag Jaylyn Turner, 25, to safety as flames engulfed his car on Sunday. The two officers, pictured, were hailed as heroes for their actions which were captured on body cameras

Atlanta PD confirmed he was not going to be prosecuted for the crash because of the likelihood that he suffered a medical emergency.

The rescue, which happened in the early hours of Sunday, November 14 was captured on the officers’ bodyworn cameras.

Officer Adams and Officer Todd arrived at the scene at 1.36am in the Bankhead area of Atlanta to see the man was trapped into the car which was on fire after hitting a tree.

The dramatic footage shows the officers frantically trying to force open the door but the handle had broken off during the crash. 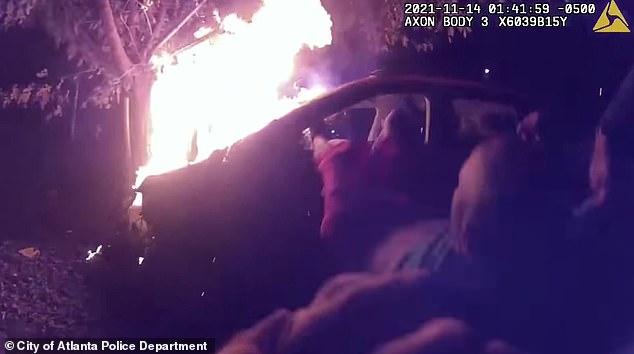 Officers Adam and Officer Todd raced towards the burning car in Atlanta, Georgia in the early hours of Sunday morning after seeing the driver was still trapped in the vehicle 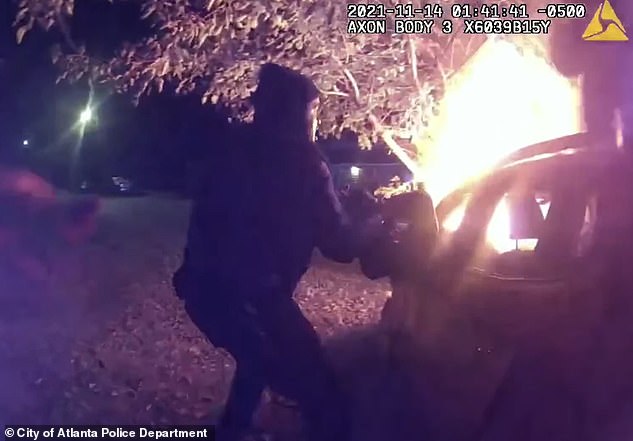 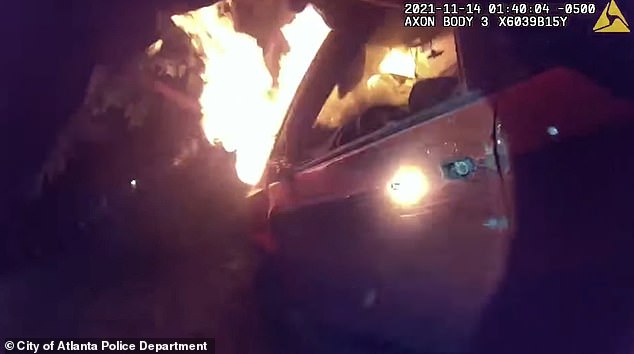 The pair then smashed the driver’s side window and dragged the injured man out as the flames soared from the car’s crumpled hood.

The man was groaning as he was dragged from the car. The officers can be heard shouting encouragement to the driver. Local media said he suffered only minor injuries.

Atlanta Police Department said they ‘could not be prouder of the pair.’

A spokesperson said: ‘The quick thinking, and bravery exhibited by Officer Adams and Officer Todd saved the occupant from a tragic outcome.

‘The officers had no idea if that fire would result in an explosion which would put their lives in danger, instead they were focused on saving the driver.’

The spokesperson added: ‘Evidence on the scene indicated that the car had gone airborne and travelled completely through two houses (one abandoned and another occupied) before striking a tree and bursting into flames.’ 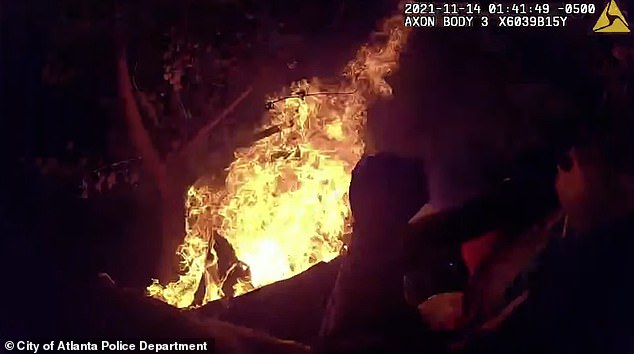 Atlanta PD posted footage of the dramatic rescue on their Facebook page where it has been praised by members of the public.

John Wolfinger said: ‘Thank you officers Adams and Todd. You represent the best of APD.’

Patricia Jones-Freeman added: ‘Thank God for their unselfish acts of bravery to risk themselves to save another man’s life.’ 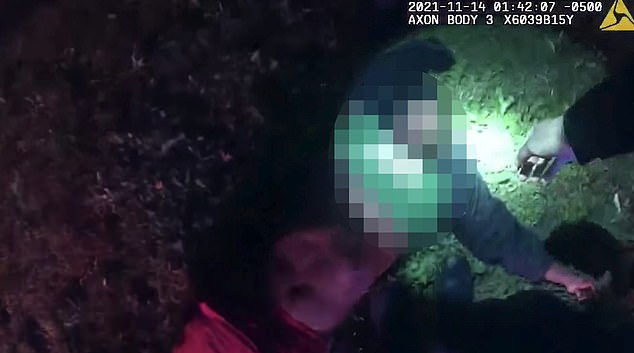 The victim, pictured, escaped serious injury after he was rescued by the two officers