A New Jersey college student studying at Penn State fell 11 stories down a trash chute in her apartment building to her death after purportedly having a ‘bad reaction’ to smoking marijuana, and her mother suspects foul play.

Justine Gross, 19, was found dead in a landfill on November 12, a day after she was reported missing.

Surveillance footage shows Justine leaving her place on the 10th floor of Beaver Terrace Apartments, which is off-campus housing, and walking to meet a man at his apartment on the seventh floor, her mother Francoise told NJ Advance.

She is later seen stumbling out of the man’s seventh-floor apartment with him, but then the video captures her running onto the 11th floor, seemingly alone, and quickly getting in the trash chute. That is the last time the college sophomore was seen alive, and her mother suspects she was being chased. 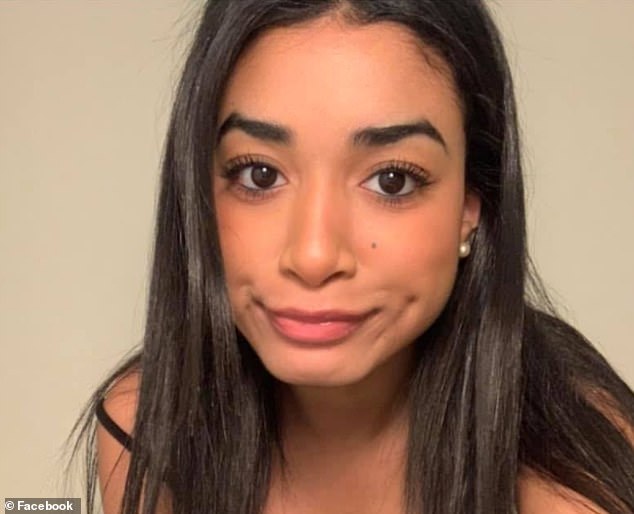 Justine Gross, 19, was found dead in a landfill last week after going missing from her off-campus apartment at Penn State 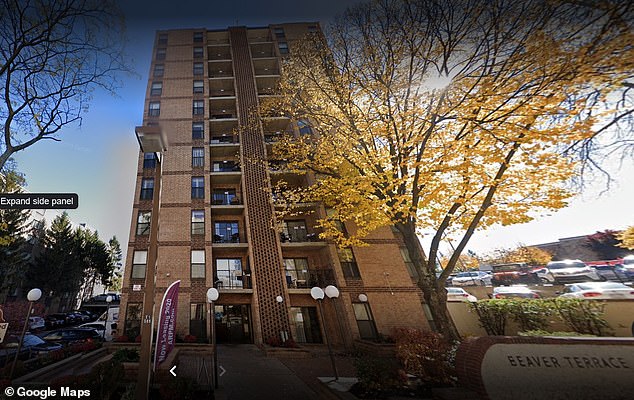 Francoise said she spoke to the man her daughter was last seen with the day after she disappeared.

‘I said to him, “You’re the last one to see my daughter, what happened?“ the mother recalled. ‘He said, kind of casually, like “She came down and I gave her a smoke.“’

Justine’s roommates confirmed to Francoise that she had gone down to smoke at the man’s apartment, which surprised the mother, who was not aware that her daughter used drugs.

Francoise said the man told her Justine ‘had a really bad reaction, a panic, or whatever,’ and that he was trying to take her back to her own apartment on the 10th floor.

Her roommates were waiting for her but she never arrived. At 11:22 p.m. on November 10, just before falling 11 stories into the dumpster, Justine messaged her friend on Snapchat: ‘Something just happened.’

Francoise said she used to check her daughter’s location via her cell phone every night before going to bed. Justine’s phone and flip-flops were found in the stairwell.

Justine was reported missing on Thursday, and Francoise rushed from her home in Summit, New Jersey, to join the search for her daughter. The 19-year-old’s body was found in a landfill by the time the distraught mother reached the Penn State campus.

Her toxicology report is expected to take six weeks.

While State College police have so far deemed the incident ‘accidental in nature,’ Francoise disagrees.

‘That’s just not Justine. She would never do something like that, go down a chute,’ the mother told NJ Advance. ‘They want me to believe she walked into that chute. I believe someone was chasing her and she went into the chute, thinking it was a staircase.’

Investigators have questioned the man last seen with Justine twice, ‘but he’s now got a lawyer and he’s not talking,’ Francoise claimed.

Police have not released any details about the investigation, claiming they’re withholding information at the request of the family – but Francoise denied this.

‘They just want to move on,’ she said.

A spokesperson for the university refused to comment on the case, claiming it is an off-campus investigation – the apartment building is off-campus housing.

‘It would be inappropriate for he University to interfere with that investigation nor to address information that has not been publicly released,’ the statement read.

‘We are heartbroken for the family and friends of Justine Gross and offer our condolences to all who knew and loved her.’

A candlelight vigil was held outside Justine’s apartment building on Thursday. Another will be held Friday night on the football field of her high school in Summit, where she was an honors student and cheerleader.

It will take place the day before her funeral, scheduled for November 20.

‘I will bury her,’ the grieving mother said. ‘But I want to know what happened to her.’