CVS will close nearly 10 percent of its stores over the next three years and will revamp some of its remaining locations to focus on primary care, citing shifting consumer needs during a pandemic that has pummeled retail businesses.

The drug store chain will close 900 of its nearly 10,000 US stores over the next three years, beginning this coming spring.

The remaining stores will be a combination of traditional retail locations, ‘HealthHubs’ dedicated to ‘wellness,’ and primary care sites.

It is not known what stores will close or exactly how many workers will lose their jobs, but the company said in a statement that it was dedicated to ‘offering impacted colleagues roles in other locations or different opportunities.’

CVS shares closed at $95.34 on Thursday after the announcement, up 2.81 percent. 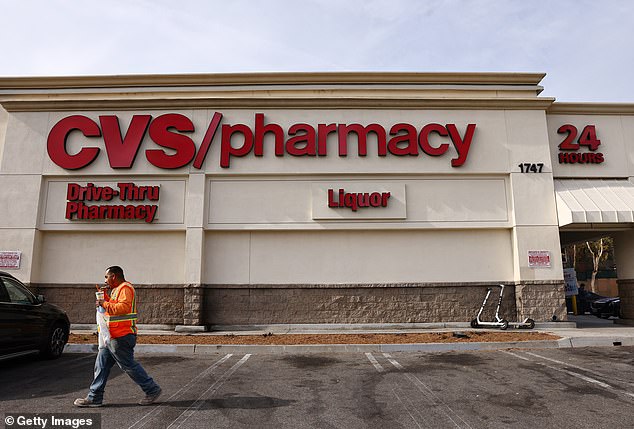 CVS will close 900 stores in the next three years, citing shifting consumer patterns and health needs. It’s not known which stores will be affected. Above, a CVS in Los Angeles on Thursday 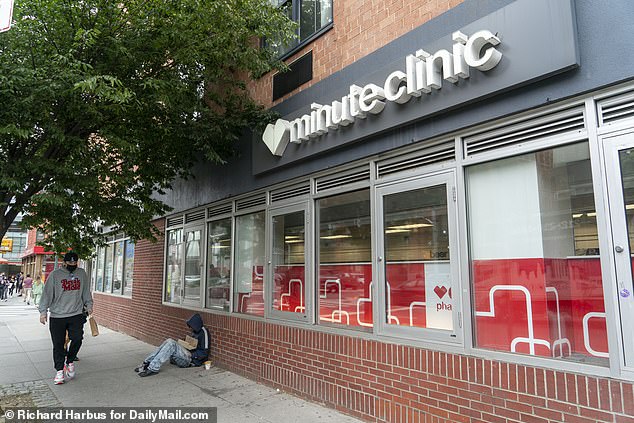 The remaining stores will be a mix of traditional retail stores, ‘HealthHubs’ that feature things like rooms hosting yoga classes, and primary care sites

Some of the locations that survive will be turned into primary care destinations that will probably take Aetna, the insurance company bought by CVS in 2018.  The insurer already encourages members to seek care at CVS stores for little to no copay.

Others will offer secondary medical services like flu shots and diagnostic tests.

The company already has 1,100 MinuteClinic locations that do just that, according to CNBC.

The pandemic has already turned CVS into a health care destination for millions.

Retailers like have administered about a third of the COVID-19 vaccines given to date, all the while collecting data on patients in order to advertise to them.

Others will be turned into HealthHubs, which offer mental health services and even have rooms that can host yoga classes.

The move may have been inspired by the ongoing COVID-19 pandemic, which battered the retail sector and led to the closure of large retailers like Belk, Lord & Taylor and Lane Bryant and Ann Taylor.

‘The companies with tech-forward business models that were seemingly inches ahead before the crisis gained miles on the competition,’ management consulting firm McKinsey & Company said in an article published in July. 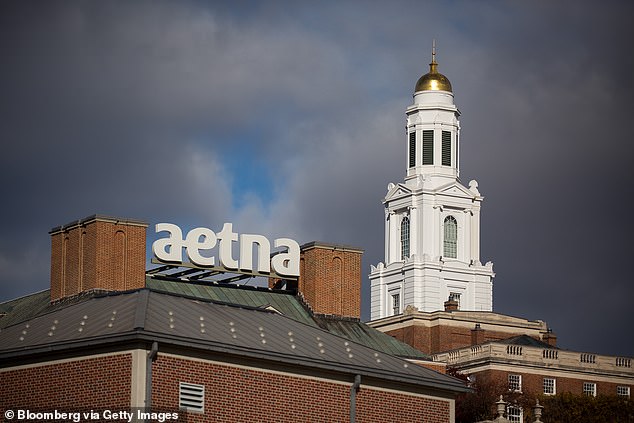 CVS bought health insurer Aetna in 2018. The company already encourages some of its customers to seek care at CVS for little to no copay. Above, Aetna HQ in Connecticut

‘The past year suggests the recipe for success in retail is changing, and those that wait too long to adapt may never catch up.’

In a statement, CVS CEO Karen Lynch said retail stores will remain a part of its focus.

‘Our retail stores are fundamental to our strategy and who we are as a company,’ CEO Karen Lynch said in a statement.

‘We remain focused on the competitive advantage provided by our presence in thousands of communities across the country, which complements our rapidly expanding digital presence.’

In recent years, CVS has fared better than Walgreens, which has closed 600 stores since 2018 while CVS added dozens, according to the Wall Street Journal.

It is not clear how many workers are expected to lose their jobs. The company says it has about 300,000 employees. 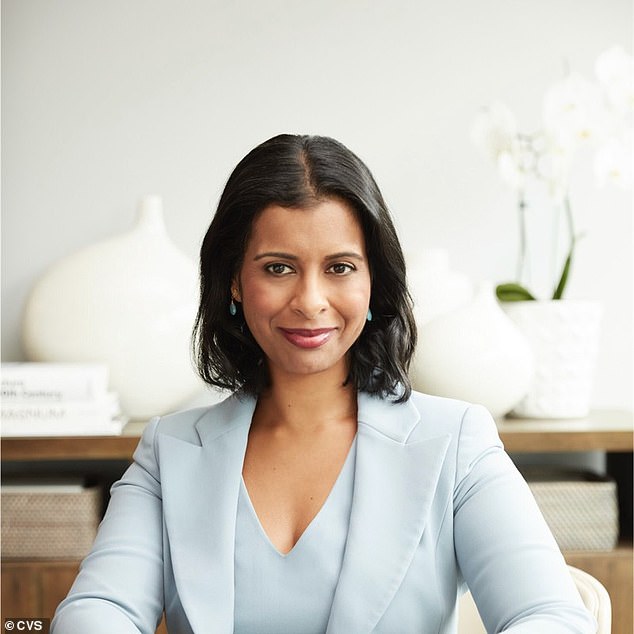 The company is also restructuring its leadership. Neela Montgomery, above, who joined last November as the president of retail/pharmacy, will leave at the end of the year

Some experts welcome the company’s restructuring.

Neil Saunders, the managing director of GlobalData, a data and consulting firm, said that CVS has ‘neglected stores for far too long and has pushed some of them into the downward spiral of irrelevance.’

‘The retail side of CVS’s business is shabby,’ he told CNBC. ‘Too many stores are stuck in the past with bad lighting, depressing interiors, messy merchandising, and a weak assortment of products. They are not destinations or places where people go out of anything other than necessity.’

In addition to changing how its stores operate, CVS is shaking up its top leadership.

Neela Montgomery, who joined last November as the president of retail/pharmacy, will leave at the end of the year.

It also created a new role, chief pharmacy officer, to be led by Prem Shah. Along with chief consumer officer Michelle Pelusso, the two will lead the two parts of the retail business.