Conservative MPs joined northern leaders in a furious backlash against the long-awaited Integrated Rail Plan, which the PM tried to defend as an ‘ambitious and unparalleled’ overhaul of inter-city links across the North and Midlands.

Mr Johnson was accused of over-selling and under-delivering on his pledge to ‘level up’ the country by his own MPs, some of them in Red Wall seats. 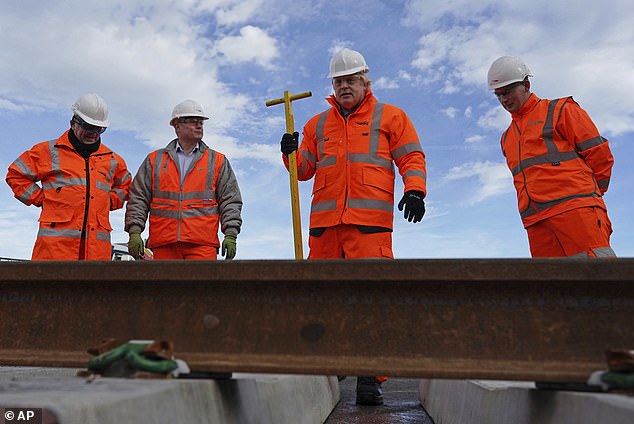 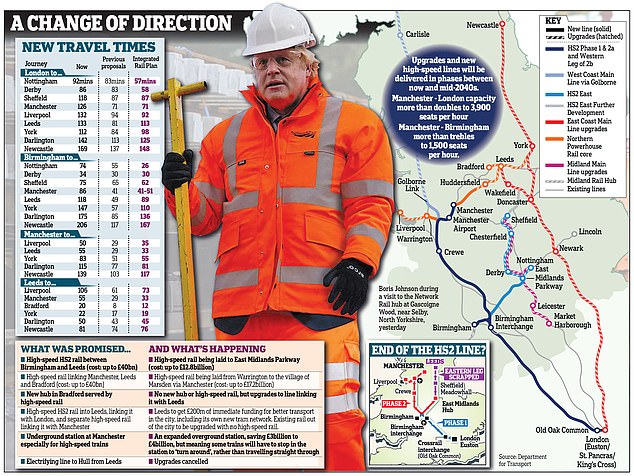 It came after Transport Secretary Grant Shapps told the Commons that ministers were scrapping the ‘eastern leg’ of HS2 and downgrading plans for high-speed rail across the North.

Tory chairman of the transport select committee Huw Merriman told the chamber: ‘The PM promised that HS2 and Northern Powerhouse Rail was not an “either or” option. Those in Leeds and Bradford will be forgiven for viewing it today as neither. This is the danger in selling perpetual sunlight and then leaving it to others to explain the arrival of moonlight.’

‘Of course, there are going to be people who, you know, always want everything at once.

‘And there are lots of people who’ll say, “look, what we should do is carve huge new railways through virgin territory, smashing through unspoilt countryside and villages, and do it all at once”.

‘The problem with that is those extra high-speed lines take decades and they don’t deliver the commuter benefits that I’m talking about. We will eventually do them.’

Robbie Moore, MP for Keighley in West Yorkshire, said he was ‘bitterly disappointed’ at his constituents being ‘completely short-changed’. 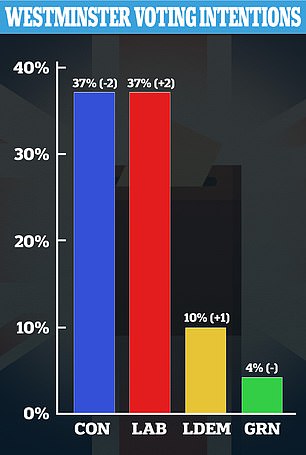 He added: ‘We are one of the most socially deprived parts of the UK and we must get better transport connectivity. I still want to see Northern Powerhouse Rail delivered…We need to do much, much more. Economic prosperity relies on good transport links.’

Fellow Conservative Kevin Hollinrake, MP for Thirsk and Malton, said the impact of the U-turn would be felt for ‘generations’ and that scaling back high-speed rail in the North was a ‘missed opportunity’ for some cities.

He added: ‘We were promised it would relieve congestion on the east coast mainline because it was going to go to Leeds.’

Some 30 northern mayors and leaders, including Manchester Mayor Andy Burnham and the Tory leader of Bolton Council, Martyn Cox, wrote to Mr Johnson demanding he put his plans to a free vote in the Commons.

The letter said: ‘Your decision, contrary to your ambition to “level-up” the North, runs the risk of holding back our regional economies and compromising our plans to cut carbon emissions, just days after Cop26.’ 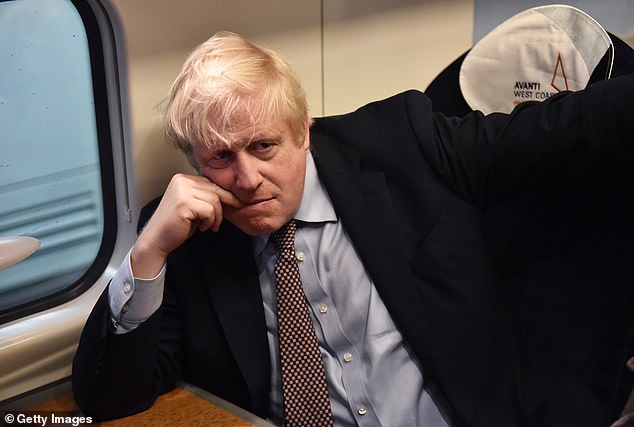 Prime Minister Boris Johnson onboard a train from Wolverhampton to Coventry rail station, as the government announces a new Integrated Rail Plan on November 18, 2021 in Wolverhampton

Mr Burnham branded the revamped plans ‘a Championship option when we needed a Premier League option, because you cannot level up the North of England on second best and I’m afraid this is distinctly second best’.

Sir Keir Starmer, the Labour leader, said: ‘This was the first test of “levelling up” and the government has completely failed and let down everybody in the North.’

Under the revised plans for HS2, the ‘eastern leg’ of the high-speed project will no longer connect Birmingham with Leeds.

It will instead go from Birmingham to East Midlands Parkway, south-west of Nottingham.

HS2 trains there will join the existing Midland Main Line, which will be upgraded. The trains will stop at Sheffield, with a future review to take place on how best to take them on to Leeds.

Plans for a new high-speed line linking Leeds with Manchester via Bradford were also axed.

Instead a new line will run from Warrington, which is between Liverpool and Manchester, to the village of Marsden in west Yorkshire. This will go via Manchester.

The TransPennine line from Liverpool to Warrington and Marsden to Leeds will be upgraded.

Ministers argue a mixture of new tracks and upgrades mean it will take trains only four minutes longer between Leeds and Manchester than they would have done if the northern high-speed line was delivered in full.

Once complete, eight trains an hour will run between the two cities, up from three. They will take 33 minutes, as opposed to the current 55.

But Northern leaders said the Government’s original plans were as much about capacity as speed. 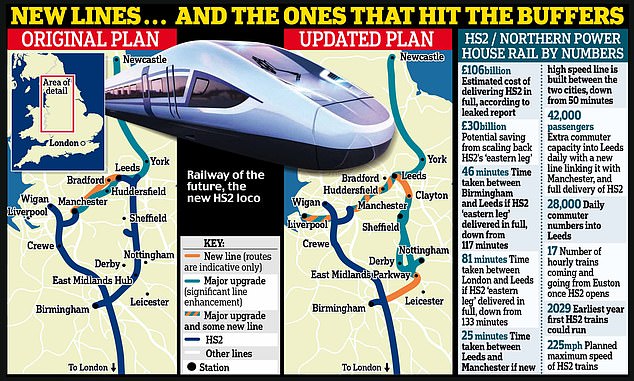 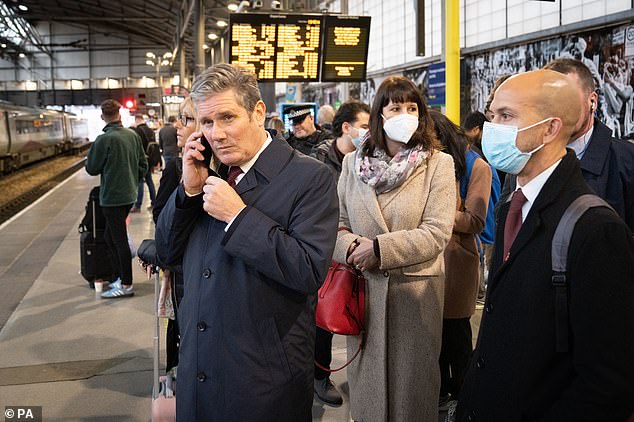 Henri Murison, director of the Northern Powerhouse Partnership, said: ‘The lack of a full new line across the Pennines will dramatically reduce the capacity and potential for rapid economic growth, in particular in the cities of Leeds and Bradford.’

Andy Bagnall, chief of the Rail Delivery Group, which represents operators, said: ‘While millions of people will benefit from this major investment in boosting connectivity between major cities in the North of England and the Midlands, leaving out key pieces of the jigsaw will inevitably hold back the ability for the railways to power the “levelling up” agenda and the drive to net-zero [carbon emissions].’

Labour’s transport spokesman Jim McMahon said: ‘Boris Johnson was elected to level the playing fields, to make things better for households across the country. We were promised a Northern Powerhouse… but what we have been given today is a great train robbery.’

HS2’s ‘western leg’, which links Birmingham with Manchester, will go ahead in full, along with a spur up to Wigan to connect trains to the West Coast main line and up to Scotland.