‘I’ve got my game back’: Rory McIlroy rediscovers his mojo with a sparkling 65 at the DP World Tour Championship as Northern Irishman sends out warning to his rivals

Two days after his withering rebuke of Greg Norman, Rory McIlroy dismantled the Earth course designed by the Australian and then announced to the world: ‘I’ve got my game back.’

This was comparable to those days of yore when the Northern Irishman made golf look ridiculously easy and how exciting for the sport that he believes he is on the cusp of a renaissance.

As he waited to hole his short birdie putt at the 18th, McIlroy surveyed the large leaderboard to discover that the seven-under par 65 he was about to complete was good enough for a two-stroke lead in the first round of the DP World Tour Championship. 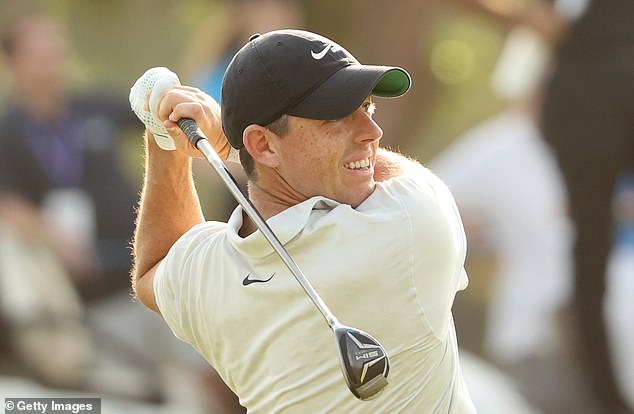 Regarding the season-long Race to Dubai, it was not good news for the trio of Englishmen whose hopes of winning were already slim.

Matt Fitzpatrick, Tyrrell Hatton and Paul Casey did well with rounds of 70 but they need to win to have any chance, so the sight of McIlroy in his pomp was the last thing they needed to see. Leader Collin Morikawa scored a 68 to strengthen his hold while his nearest pursuer, fellow American Billy Horschel, could only manage a 74.

McIlroy laughed when asked whether he preferred playing Norman-designed courses to Norman-led world tours. ‘He hasn’t got a world tour,’ he said mockingly about the Saudi-financed project fronted by Norman that has still to announce its first signing. 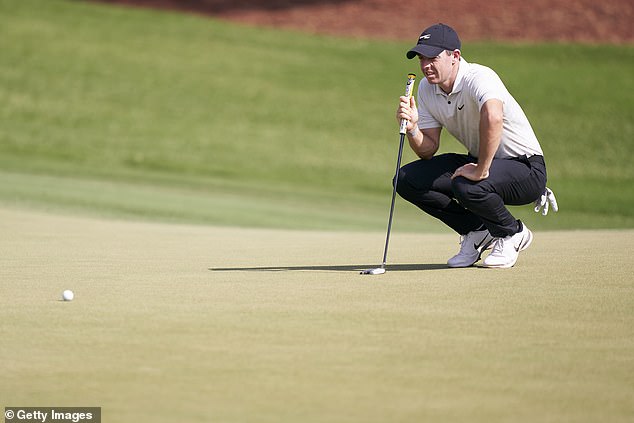 A sure indication that McIlroy’s mojo was back came as early as the par-five second, where he hit his second shot so flush it carried a greenside bunker and finished 8ft away.

He knocked in the eagle putt, part of a scintillating first 10 holes covered in six under. There was even a shot for the cameras at the 18th, a flop wedge from a tight lie to 3ft that drew rapturous applause.

What a contrast to the tortured soul at the Ryder Cup. McIlroy parted company afterwards with coach Pete Cowen and resolved to work it out by himself.

‘I’m a big boy, I’ve been around the block and shouldn’t be looking to others to fix my problems,’ he said. ‘I’ve assumed responsibility, had the win in Las Vegas and it was good again today. I feel like I’ve got my game back.’

A true measure might come if the tournament develops into a showdown with Morikawa, the pick of the gilded young Americans who have rather stolen McIlroy’s thunder. What a time it would be for McIlroy to steal a little of that thunder back. 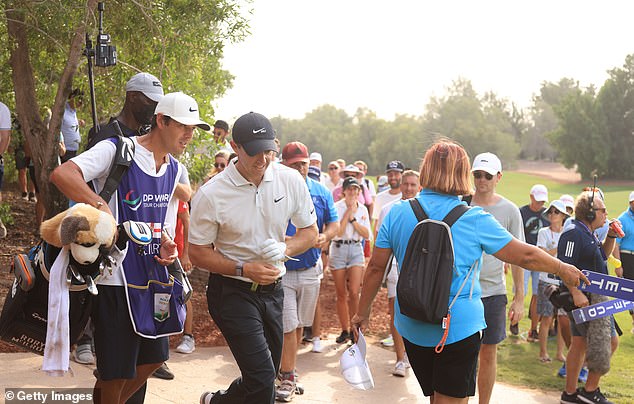 The 32-year-old said: ‘I’ve got my game back’ in a clear warning message to his rivals