Some of the AFL’s biggest names have leapt to the defence of the footy star forced to quit the the code over its compulsory Covid-19 vaccine mandate.

Carlton Blues defender Liam Jones shocked the AFL world this week by announcing his early retirement over his reported refusal to get the jab, forgoing an estimated $1 million in future earnings.

As teammates and opponents paid tribute to the 161-game veteran, some defended his decision to walk away from the sport over his vaccine stance.

Melbourne Demons grand final hero Christian Petracca said he and his teammates also had initial concerns and questions about the vaccine. 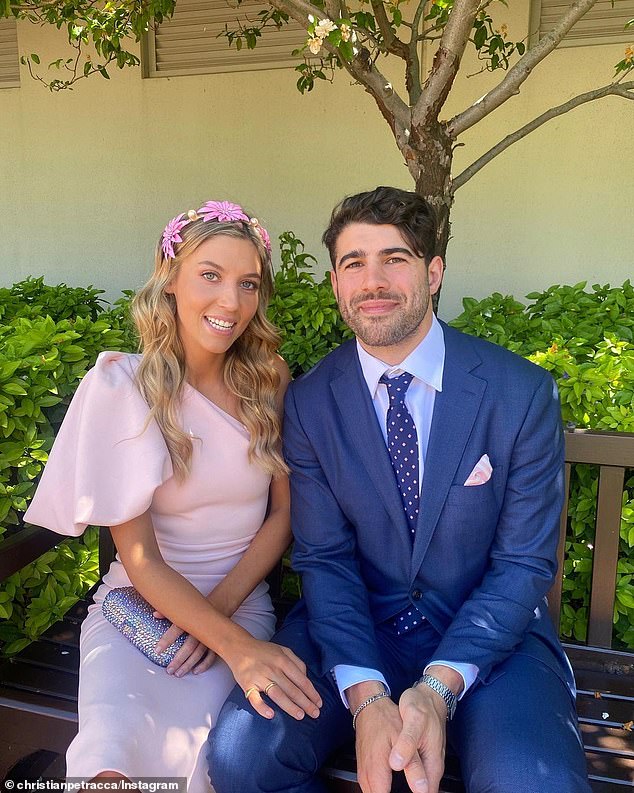 ‘He’s someone that has his view on it and if he wants to do that then that’s fair enough,’ the 2021 Norm Smith medallist told KIIS101.1 breakfast hosts Lauren Phillips and Jason Hawkins on Monday.

‘I think I respect the way he’s gone about it in terms of his family values and what his wife and his family probably think.

‘It’s such a tough decision because it’s something that the AFL sort of mandated.’

Petracca admitted there were ‘lots of concerns’ at the Demons about the no play no play policy when it was first put on the table by the AFL.

‘We’re humans, so everyone’s gonna have concerns like everyone else,’ he said.

‘So I think that was the biggest thing when we first got spoken about probably midway through last year, there was definitely some questions.

‘I raised a few questions, moreso about the timing of it, when we were actually going to get it, what does it look like in terms of next year? A lot of boys asked is there a way where we don’t have to get it but we can still play?

‘I think at the time when the vaccines sort of first came out everyone was a bit hesitant because I think it was just something so new, so I think there was a little bit of hesitation with it.’ 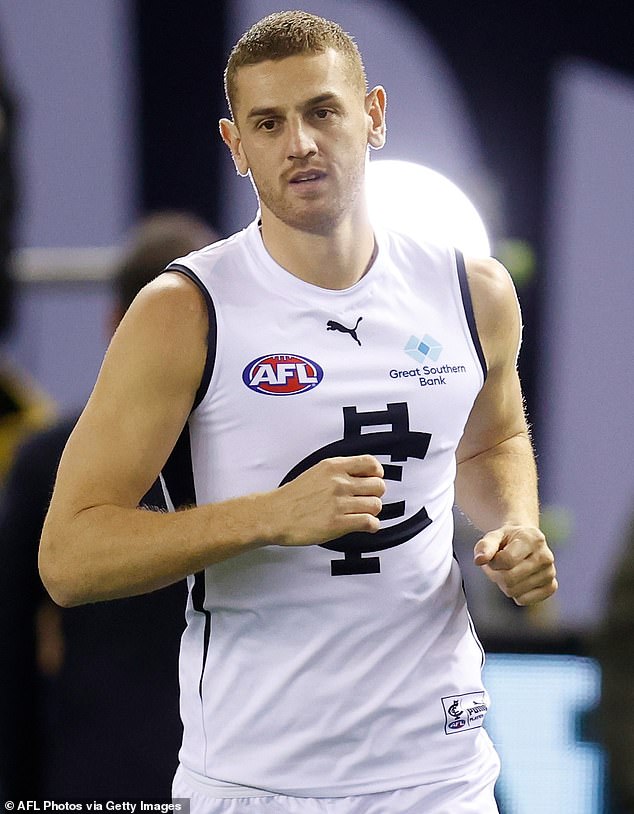 Brisbane Lions captain Dayne Zorko said Jones’s retirement was a massive shock and would be a huge loss for the Blues.

He also claimed there would be more AFL stars to quit over rule.

‘It was certainly a surprise to me and a lot of our playing group when we saw the news, but it’s something that he and his family feel very strongly about and I guess it’s over to the Carlton Football Club to help support him,’ Zorko told SEN.

‘Although he’s retired, I think there are certain structures in place about finances and stuff like that… but it was a massive shock.

‘Something tells me that he might not be the last as well.

‘It’s a funny situation, he obviously has his beliefs or whatever he feels as though he doesn’t like about it. 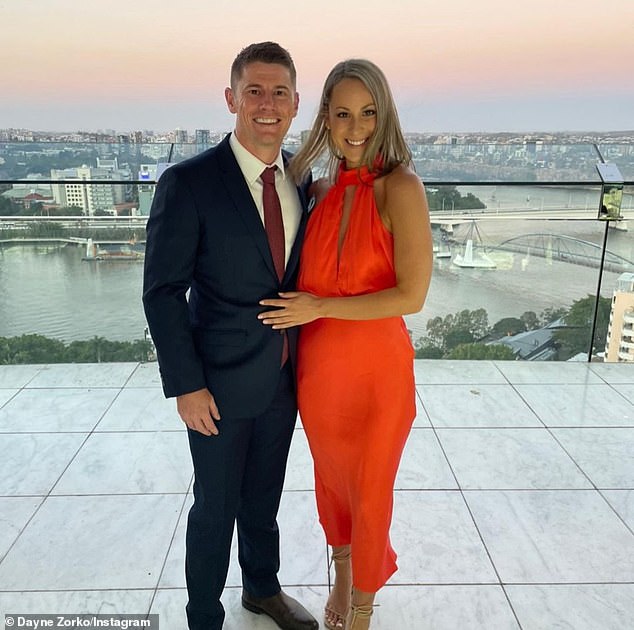 However, not everyone has been sympathetic.

Former Collingwood and Carlton legend Mick McGuane called on Jones to explain his shock decision in a scathing opinion piece for NewsCorp.

‘If not getting vaccinated is because of a health issue or a cultural one, then tell us so then everyone will have a greater understanding,’ McGuane wrote.

‘The general public, football lovers and the Carlton faithful who have been to hell and back would be a lot more sympathetic if they understood the entire situation.

‘In some people’s eyes silence is golden but, in this case, when you’re in the minority given all your fellow colleagues around the competition — over 700 players have got the vaccination, some with concerns like you — it would help so many if there was an explanation.’

Jones, 30, had another season to go on his $500,000 per year contract when he brought his career to an abrupt halt as the start of pre-season training loomed.

As one of Carlton’s best and most consistent players in recent years, there was talk his deal may have been extended beyond 2022. 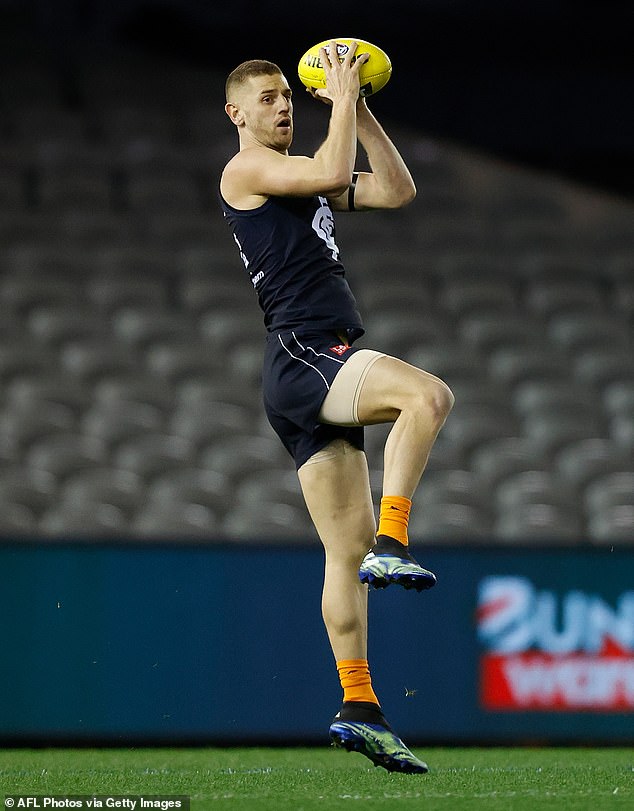 ‘I wish to announce my retirement from AFL football effective immediately,’ Jones said in a statement.

‘I want to take this opportunity to thank all who have supported me throughout my journey, both personally and professionally.

‘I love the game and I’ll miss my teammates.

‘I hope that people respect my decision and privacy – neither myself or my management team will be making any further comment on the matter.’

Jones made his AFL debut with the Western Bulldogs in 2010 before switching to the Blues in 2015. 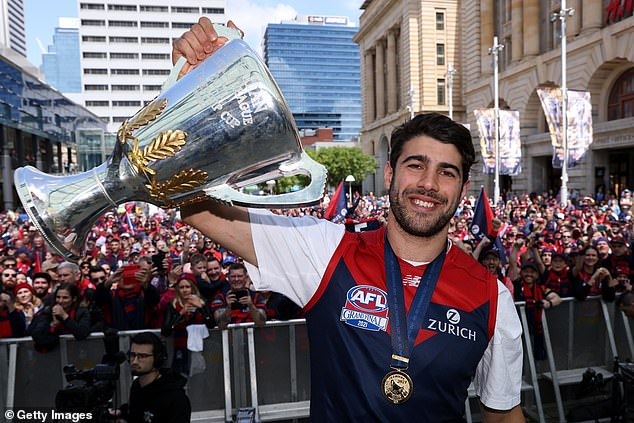