Dads who spend more time with their children have a different BRAIN STRUCTURE to less involved fathers, study finds

By Shivali Best For Mailonline

Dads who spend more time with their children have a different brain structure to less involved fathers, a new study has revealed.

Researchers from the University of Essex found that men who want to actively be involved in childcare and enjoy time with their kids have a larger hypothalamus – an almond-sized region of the brain that is known to play a key role for attachment and parenting.

The team is unsure whether the hypothalamus increases in size in response to time with children, or whether some men are born with an increased volume.

Regardless, the team hopes the findings will help better understand relationships between children and their fathers. 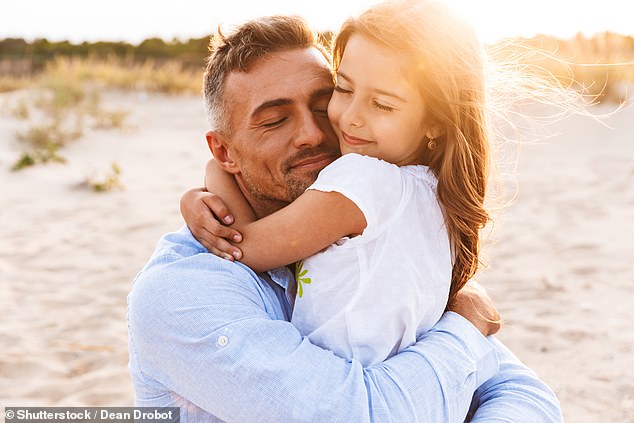 Dads who spend more time with their children have a different brain structure to less caring fathers, a new study has revealed (stock image)

What is the hypothalamus?

The hypothalamus is an almond-sized region of the brain located at the base of the brain, near the pituitary gland.

It plays a key role in many important functions, including:

In the study, the team scanned the brains of 50 fathers.

Participants also filled out questionnaires on their caregiving beliefs and how much they enjoyed time with their children.

The results revealed that men who scored higher in both questionnaires had larger hypothalamus volume.

The hypothalamus is an almond-sized region of the brain that is located at the base of the brain, near the pituitary gland.

It plays a key role in many important functions, including homeostasis – keeping the body alive and healthy – and attachment and parenting.

Dr Pascal Vrtička, who led the study, said: ‘In many societies, dads’ involvement in parenting has dramatically increased.

‘Men wish to spend more time and more closely bond with their children.

‘They want to become more involved and confident fathers.

‘We have now shown that these caregiving beliefs can be traced deep within dads’ brains.’

The findings come shortly after a previous study, involving the same 50 fathers plus 16 others, found that dads and children working on puzzles together make their brains ‘synchronise’. 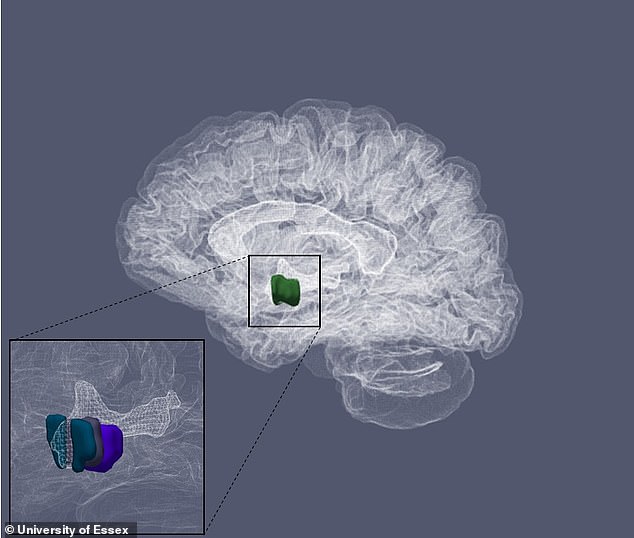 Scans showed that the dads’ and kids’ brain synced more if the men believed they were involved fathers.

Dr Vrtička added: ‘Dads – like mums – are biologically wired to be parents.

‘Our data revealed that this can be seen in dads’ brain anatomy as well as brain-to-brain synchrony with their kids, and especially so for more confident and involved fathers.

‘It therefore seems very relevant and justified to promote the importance of dads’ involvement in childcare in a broader societal context and to support them as much as possible.’

Parents who are overprotective are sometimes referred to as ‘helicopter parents’.

They earned this stereotype for being perceived as relentlessly hovering over their children, trying to micro-manage their affairs.

The first use of the term is widely attributed to Dr Haim Ginott’s 1969 book Parents & Teenagers.

In it, teens said their parents would hover over them like a helicopter.

The term became popular enough to become a dictionary entry in 2011.

Helicopter parents pay extremely close attention to their children to try to protect them from failure, rejection and injury.

They want ‘happy’ children and often believe that teachers should pay attention to their children in the same overprotective way.

This approach has sparked controversy, with some experts arguing that in order for children to become well adjusted, they need to experience a full range of emotions.

The ‘helicopter’ parent rushes in to help rather than allowing their child to have a go at managing a challenging situation themselves.

Some experts say that this can lead to children who are unable to cope with even minor issues, as they are never given the opportunity to fail and then learn from their mistakes.

However, some experts suggest that such ‘pushy’ parenting may provide children with benefits in later life.

Among them is Dr Matthias Doepke, a professor of economics in the Weinberg College of Arts and Sciences at Northwestern University.

He argues that the intensity of parenting has gone up in many countries in line with rising inequality.