A convenience store owner who spent $100,000 building a fully operational flight simulator his shop is facing deportation after his visa application was rejected.

Ahmed Nasreldeen, an aviation electronics engineer, moved to Australia from Egypt with his family in 2018 and bought an EzyMart on Elizabeth Street in the heart of the CBD while he studied to convert his qualifications.

Over the next three years he began buying the 2,000 pieces needed to build a to-scale Airbus A320 cockpit and, with the permission of the convenience chain, installed the simulator in the back of his store.

Mr Nasreldeen was hoping to secure a global talent visa, but the Home Affairs Department informed him last week it had rejected his application.

‘I think my application was really strong, but I know they have thousands of applications,’ he told Daily Mail Australia. 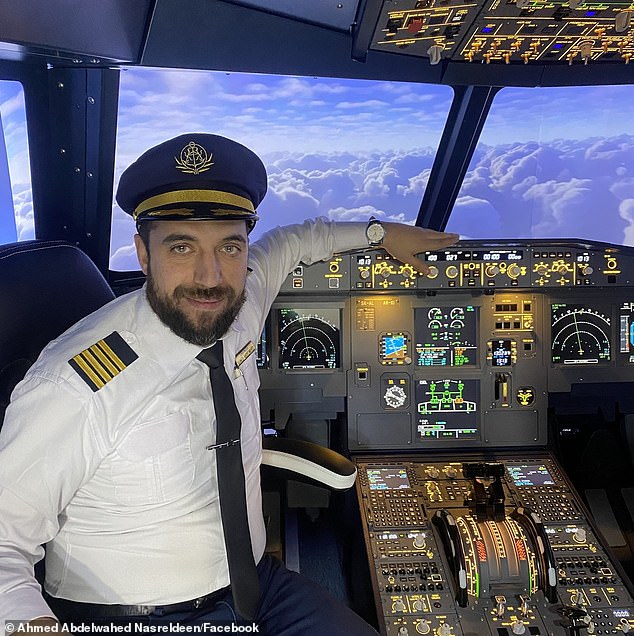 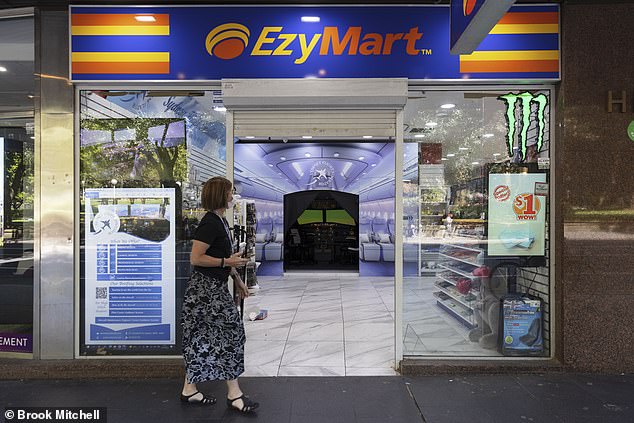 ‘It may be because my application was over a year ago, they didn’t get the updated version.’

The former EgyptAir electrical engineer believes he still has a strong claim because his flight simulator only launched at the start of Sydney’s lockdown.

He was recently offered a job from an aircraft consulting firm that provides audits and reviews of airline safety – something he believes strengthens his case for a visa to stay in Australia.

Mr Nasreldeen sent an application for urgent review, referencing the new job and increasing exposure of the flight simulator.

‘I don’t want to challenge anyone, I just need my application to be checked as I am a perfect fit for that visa and my time is very critical,’ he said.

‘Australia needs immigrants and I will pay tax and hire people in the business.’

‘I’ve had people passing by and say ‘what the f**k’ and ‘wow what is that a flight simulator?’,’ he said.

‘One woman even asked if it was a space ship.’

The simulator mirrors the cockpit of an Airbus A320, a type of aircraft used by major airlines to service domestic and international routes

Mr Nasreldeen said he built the entire simulator in his garage in three months before disassembling and reassembling it in the Elizabeth Street store.

‘It took too much work. There were about 2,000 pieces. I did it myself with my wife and kids inside our garage,’ he said.

‘It was a very tough time. It takes networking, computers and visuals to get it all running.’

Mr Nasreldeen initially moved to Australia with his family on a student visa and was unable to work as an aviation engineer under the rights of his citizenship.

He said he would have had to transfer his Egyptian license to a European one before again transferring it to Australia, a process that would take up to three years.

The simulator mirrors the cockpit of an Airbus A320, the second-highest selling airline ever made, surpassing even the Boeing 737.

It services domestic and international flights around the world, used by airlines including American Airlines and EasyJet.

He finished building the simulator the day before Sydney’s three-month lockdown began in late June, but is now offering sessions for customers three days a week.

There are four types of sessions starting at ‘social media lovers’ all the way to pilots looking to sharpen their skills in specific scenarios.

Mr Nasreldeen said while working in an EzyMart is a far cry from his role with Egypt Air, he is happy to leave behind the responsibilities that come with keeping passengers alive.

‘It was a nice career but I decided to do this,’ he said.

People can make reservations through the Sydney Flight Simulator website or booking websites Adrenaline and Groupon.